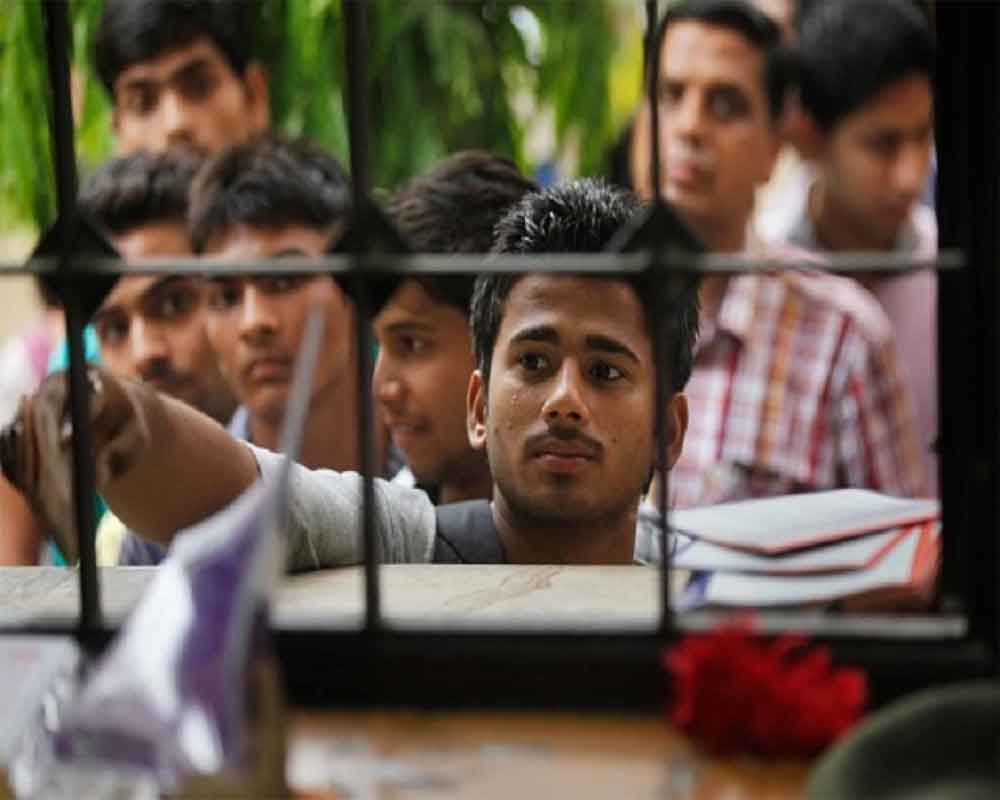 Over 5700 students have taken admission in the Delhi University after the fourth cut-off list was announced on Saturday, officials said.

According to the DU, the total number of admissions till Monday stands at 58,558 after 1577 withdrawals.

After the third cut-off list, 52,813 admissions had taken place in the varsity.

The two-day strike called by the Delhi University Teachers' Association (DUTA) did not have much of an impact on the admission process, officials said.

At Ramjas College, 125 admissions took place and there are chances that seats for B.Com(Honours) might be filled up.

Ramjas College principal Manoj Khanna said he had urged most of the departments in his college not to be on strike since it would affect students coming from afar.

Aryabhatta College officials said there have been more admissions than the designated seats in BSC(Honours) Mathematics and BA(Honours) English courses.

A DU college principal, requesting anonymity, said the strike was called without consultation and planning and that is why it did not affect the admission process.

However, a DU official expressed apprehension about the admission process getting affected due to the strike on Tuesday.

According to the DUTA, the hasty implementation of Economically Weaker Section reservation in teaching positions is going to result in the displacement of hundreds of ad-hoc teachers. They had called for a two-day strike on Monday and Tuesday and urged teachers to not do official work.