As Bajaj hailed, Govt says it’s proof of no fear

As Bajaj hailed, Govt says it’s proof of no fear 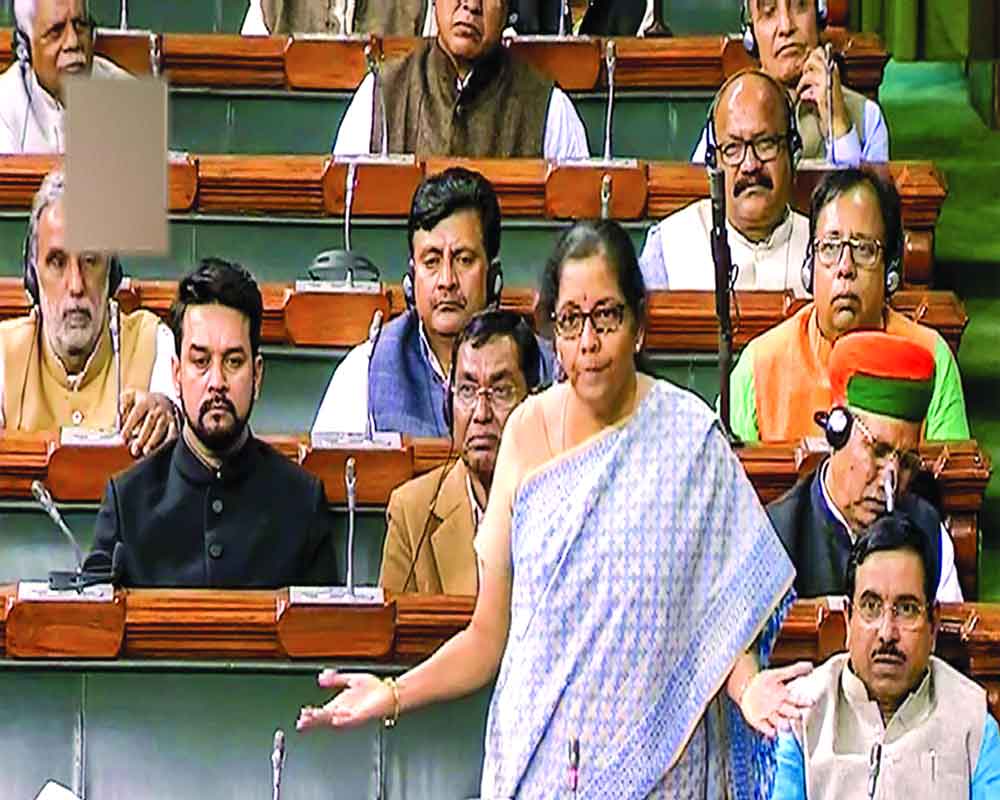 Rahul Bajaj’s claim that people are afraid to criticise the Modi Government reverberated inside and outside Parliament on Monday. Biocon chairperson Kiran Mazumdar Shaw echoed Bajaj’s sentiment saying the Government treated India Inc as “pariahs” even as Finance Minister Nirmala Sitharaman claimed that it is unfair to say the Government is not listening to criticism.

Facing an all-out attack from the Opposition in the Lok Sabha over Bajaj’s question to Home Minister Amit Shah, the FM said the Government listens to criticism and wanted to respond to it and always engaged with corporate world. She was replying to the debate on Taxation (Amendment) Bill in the Lok Sabha. Sitharaman dismissed contention that the Government was averse to any criticism.

Bajaj’s son and Bajaj Auto Managing Director Rajiv Bajaj hailed  his father  “uncommonly courageous” and said nobody (from the industry) wanted to join him and that they “conveniently cheer from the sidelines”.

Soon after, Sitharaman tweeted a video of the ET event to say, “Home Minister @AmitShah answers on how issues raised by Shri Rahul Bajaj were addressed. Questions/criticisms are heard and  answered/addressed”.

“Always a better way to seek an answer than spreading one’s own impressions which, on gaining traction, can hurt national interest,” she said.

Her remarks drew varied responses with the Opposition Congress seizing on it to criticise the Government. Congress leader and former Union Minister Kapil Sibal tweeted, “Bajaj only said: Industry fears to criticise Government. Does national interest lie in praising you!.”

Defending the Government, Civil Aviation Minister Hardeep Singh Puri alleged there were fake narratives. “That Mr Rahul Bajaj could stand up to Sh @AmitShah Ji’s face, express himself freely & instigate others to join him clearly indicate that freedom of expression & democratic values are alive & flourishing in India. This is exactly what democracy is all about,” he tweeted.

A day before the ET event, former Prime Minister Manmohan Singh had stated that many industrialists have told him they lived in fear of harassment by Government authorities. Delivering the valedictory speech at the National Economy Conclave, Singh had on Friday warned, “There is a palpable climate of fear in our society today. Many industrialists tell me they live in fear of harassment by Government authorities. Bankers are reluctant to grant new loans, for fear of retribution. Entrepreneurs are hesitant to put up fresh projects for fear of failure attributed to ulterior motives. Technology start-ups that are an important new engine of economic growth and jobs, seem to live under a shadow of constant surveillance and deep suspicion.”

In the Lok Sabha on Monday, Congress leader Adhir Ranjan Chawdhury quoted Manmohan’s statements and urged the Centre and Finance Minister to listen to the wise words of former PM.

He also said it is not good from the part of Ministers to attack Bajaj for raising the issue. Many Opposition leaders, including Supriya Sule, criticised the attitude of Government and asked to shed the aggressive path in dealing with the people who raise genuine criticism.