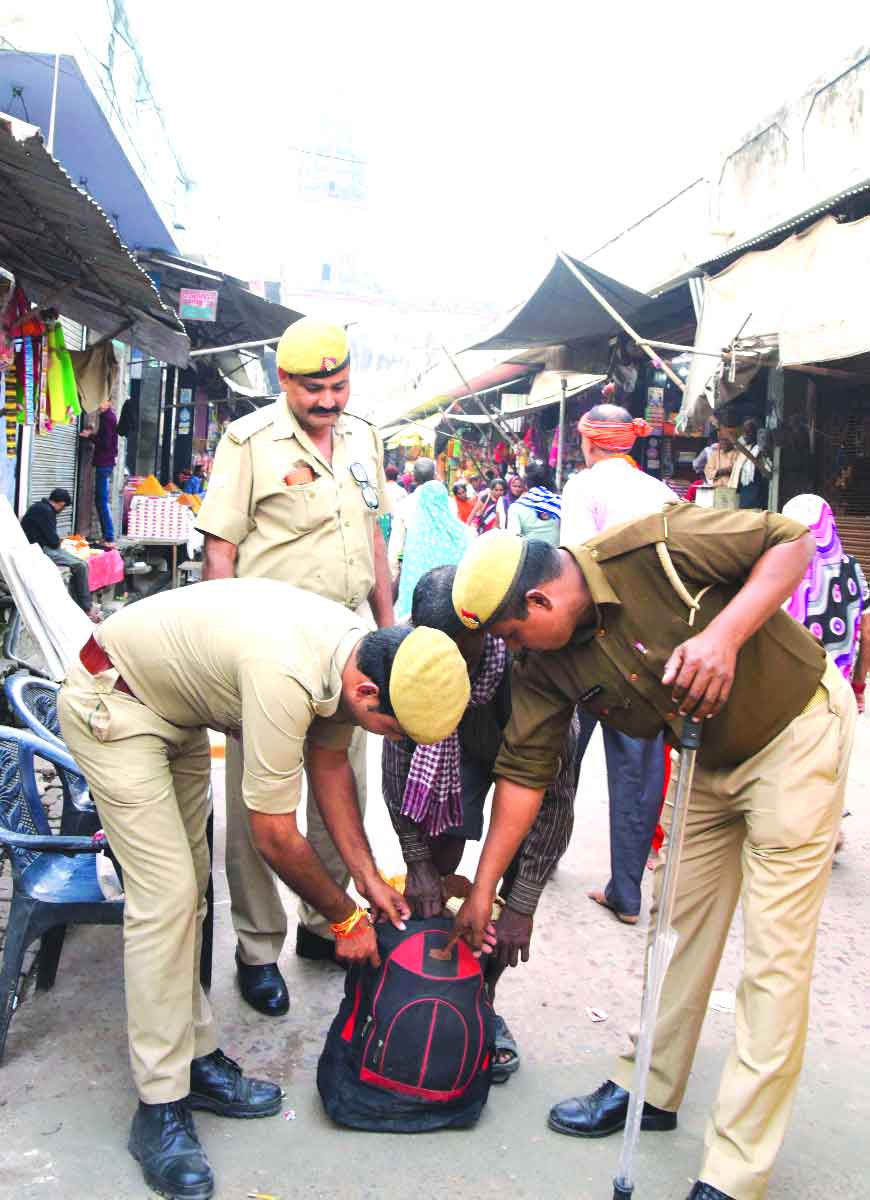 The Centre on Thursday asked all States to remain alert ahead of the Supreme Court verdict on Ram Janmabhoomi-Babri Masjid title dispute.

In an advisory, the Union Home Ministry asked all States to keep vigil at sensitive areas. The Ministry has also dispatched around 4,000 paramilitary personnel for deployment in Uttar Pradesh, particularly in Ayodhya, and is likely to dispatch more forces soon, said officials.

The politically sensitive judgment is expected to be delivered on any day from November 11 to November 15, which is the last working day of Chief Justice of India Ranjan Gogoi, who headed the five-member Bench which heard the arguments in the Ayodhya case.

The general advisory asked the States and Union Territories to deploy adequate security personnel in all sensitive places and ensure that no untoward incident takes place anywhere in the country, a Home Ministry official said.

Also, the Railway Police issued a seven-page advisory to all its zones giving them a slew of directions on security preparedness ahead the much awaited sensitive verdict.

The Railway Protection Force (RPF) advisory also said leaves of all its personnel have been cancelled and they will be engaged in escorting trains, they said. The advisory, which covers aspects like security at platforms, railway stations, yards, parking space, bridges and tunnels besides production units and workshops, has earmarked all potential hotspots which could either be a site for any violence or could be used to hide explosives.

RPF personnel will escort all trains and they will be armed with modern gadgets and intensive checks will be done including with sniffer dogs, they said, adding all sensitive points on tracks, bridges and tunnels will be patrolled. The RPF advisory also said a close watch should be kept on all religious structures near railway stations or on its premises as they may become a “flash points” in case tempers run high. It has also instructed caretakers of such structures not to leave them unguarded.

In the advisory, the RPF has identified around 80 major stations with high footfall, including Mumbai, Delhi. The presence of RPF personnel have been increased there, the sources said.

All taxi drivers operating at station premises have been asked to profile passengers and inform RPF staff of any anomalies.

Ayodhya is expected to see a heavy rush of pilgrims next week over Karthik Purnima as the local administration gears up to ensure calm.  “No, devotees will continue to come to Ayodhya to offer prayers at temples,” Faizabad District Magistrate Anuj Kumar Jha told PTI when asked whether devotees would be gradually evacuated ahead of the verdict.

Lakhs of devotees are expected to gather in the city on November 12 for Karthik Purnima Snan. “Devotees who come to Ayodhya for Purnima Snan stay back for some days in the temple town, so there must be heavy presence of pilgrims in Ayodhya till November 20,” said Mahant Jugal Kishore Sharan Shastri, priest of Saryu Kunj Sita Ram temple here.

The Vishwa Hindu Parishad has stopped stone carving work for the construction of a Ram Temple here for the first time since 1990.  All the artisans involved in the work have returned to their homes, said VHP spokesperson Sharad Sharma.

He said the decision to stop the carving has been taken by top leaders of the VHP that has been at the forefront of the movement demanding the construction of a ‘grand temple’ dedicated to Lord Ram at the site of the demolished Babri Masjid. “We have stopped the carving of stones and the Ram Janmabhoomi Nyas will decide when the carving will be restarted,” Sharma said.

“All our proposed programmes regarding different activities of our outfits have been cancelled keeping in view the upcoming Ayodhya verdict,” he said.  The carving of stones for the construction of a Ram Temple was started by the VHP at the Ram Mandir Nirmaan Karyashala here in 1990 when Mulayam Singh Yadav of the Samajwadi Party was Uttar Pradesh Chief Minister.

The carving work by artisans had been carried out uninterrupted since then.

According to the VHP, 1.25 lakh cubic foot of stone has already been carved. The organisation claims that stone work sufficient for the first floor of the proposed temple is ready and that 1.75 lakh cubic foot stone for the rest of the structure is still to be carved.  Ahead of the judgement on the contentious issue, the VHP has also appealed to its cadres to remain calm and restrain from creating an atmosphere of celebratory frenzy.