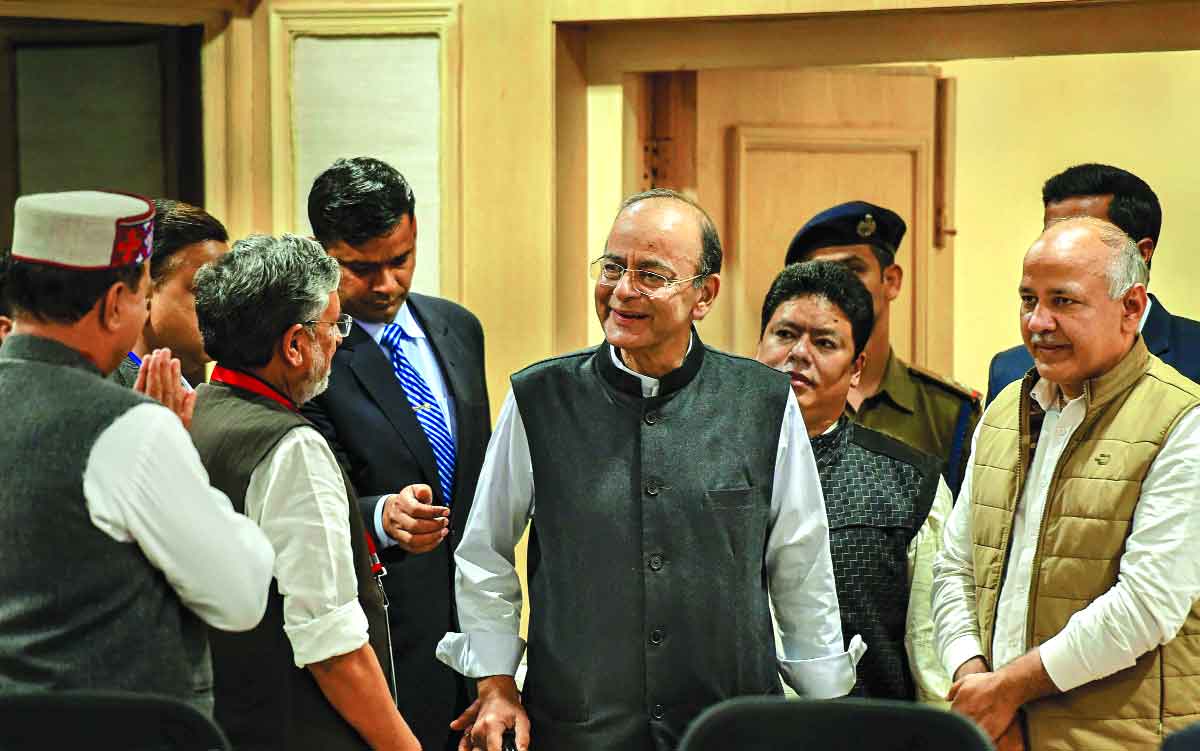 Your dream home may become more affordable and cheaper as the Goods and Services Tax (GST) Council on Sunday slashed tax rates on under-construction housing properties to 5 per cent without input tax credit, from the existing 12 per cent ahead of national polls due by April-May. GST rate on affordable housing projects too has been lowered from an effective 8 per cent to 1 per cent.

After the GST Council meeting, Union Finance Minister Arun Jaitley on Sunday announced that the lowering of GST tax rates on under construction housing properties from the existing 12 per cent to 5 per cent without input tax credit. “The council also cut GST rates on affordable housing to 1 per cent from the current 8 per cent and expanded the scope of affordable housing to those costing up to Rs 45 lakh and measuring 60 sq metre in metros and 90 sq metre in non-metro cities” explained Jaitley. The new tax rates will come into effect from April 1, 2019. Homebuyers of metropolitan cities Bengaluru, Chennai, Delhi NCR (limited to Delhi, Noida, Greater Noida, Ghaziabad, Gurgaon, Faridabad), Hyderabad, Kolkata and Mumbai (whole of MMR) will benefit from it.

“This will be a major step in our efforts to give ‘boom’ to the real estate sector and making housing affordable for the middle class, neo-middle class, and aspirational class,” Jaitley said while briefing reporters after the GST Council meet. No tax is levied in cases where completion certificate has been issued at the time of sale. However, builders will not be able to claim input tax credit (ITC) under the new GST rates.

The council, headed by Jaitley, decided on cutting tax rates on under-construction housing property after due consideration to reports of a Group of Ministers (GoM) on real estate sector. In both the cases, builders will not be able to adjust the taxes paid on raw materials like cement and steel against the final tax liability on under-construction properties. This was not the case earlier.

“This (GST reduction) decision will certainly give boost to construction sector,” Jaitley said. Bihar Deputy Chief Minister and Finance Minister Sushil Kumar Modi took to Twitter and said the GST rate for affordable housing was reduced from 8 per cent to 1 per cent and for non-affordable from 12 per cent to 5 per cent without ITC.

“Definition of affordable changed to 90 sq mtr and 60 sq mtr for non-metro and metro with a capping of Rs 45 lakh for both,” he added.

With regard to lotteries, the GST Council, however, deferred its decision with Jaitley saying the Group of Ministers (GoM) will meet again to discuss the proposal.

The GST Council meeting had remained inconclusive on Wednesday and was adjourned for February 24.

ANAROCK Property consultants chairman Anuj Puri said that the slash in GST rates to 5% without ITC from the previous 12% with ITC for premium homes, and to 1% minus ITC for affordable homes from the earlier 8%, gives the beleaguered realty sector the much-needed breathing room and will certainly help it maintain some forward momentum in 2019. ANAROCK data confirms that there are as many as 5.88 lakh under-construction homes lying unsold in the top 7 cities. Of these, 34% are priced below INR 40 lakh alone.