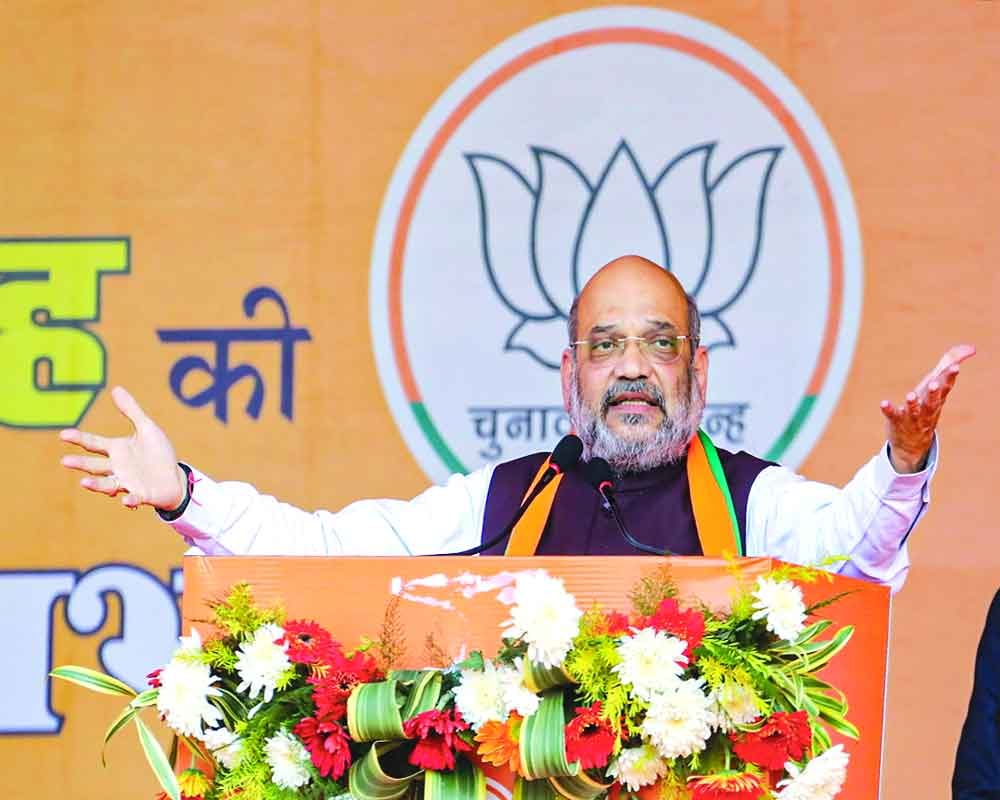 Home Minister Amit Shah on Monday set a 2024 deadline for implementing the NRC across the country, asserting “each and every” infiltrator will be identified and expelled before the next general election.  However, the Minister did not clarify where illegal migrants would be dispatched.

Speaking at election rallies in Jharkhand, Shah reiterated the need for National Register of Citizens (NRC) and said the Government will take stern action against the illegal immigrants in the country.

Shah has repeatedly claimed that NRC would be conducted across the country to identify the illegal migrants, mostly Bangladeshis, but so far the Modi Government has been evasive on how these migrants would be dealt with.

After Prime Minister Narendra Modi told his Bangladesh counterpart Sheikh Hasina that NRC was an internal issue for India, it has added to the confusion as to what the Government would do with the illegal migrants and which country would accept them.

However, the issue has been aggressively raised by the BJP in poll-bound Jharkhand to polarise the voters. The fact that Shah set 2024 deadline to complete the countrywide NRC exercise also indicated that this would be a major issue in the next Lok Sabha polls for the BJP.

Notwithstanding the admission by some BJP leaders in West Bengal that apprehensions over the NRC had cost the party dearly in the recent bypolls there, Shah told poll rallies in Jharkhand that the nation-wide exercise will be conducted despite reservations voiced by Opposition parties.

“Today, I want to tell you that before the 2024 polls the NRC will be conducted across the country and each and every infiltrator identified and expelled. Rahul Baba (Rahul Gandhi) says don’t expel them. Where will they go, what will they eat? But I assure you that before the country goes to polls in 2024, all illegal immigrants will be thrown out,” he told election rallies in Chakradharpur and Baharagora.

Shah said national issues like uprooting terrorism, naxalism and construction of a grand Ram temple in Ayodhya were as important in the Jharkhand elections as local matters like development. Raking up the Ram Janmabhoomi-Babri mosque dispute once again, the BJP president alleged the Congress made attempts to thwart the hearing of the case in the SC.

“Congress leaders would tell the Supreme Court that there is no need for hearing the Ram Janmabhoomi case. With your (people’s) backing, we submitted that it be taken forward, and the result is that the apex court has ruled that only a Ram temple will be built in Ayodhya,” he said.

He also attacked the JMM-Congress-RJD alliance, which is crossing swords with the BJP for electoral laurel in Jharkhand. The BJP leader also gave credit to the State’s BJP Government for “uprooting” the naxalite menace and for bringing in development.

“When Congress was in power, it fired upon students agitating for Jharkhand State and attacked them with batons. Now Hemant Soren (JMM leader) is sitting in the laps of the same Congress so he can become the Chief Minister,” he said.