Our war is on terror, not Kashmiris: Modi

Our war is on terror, not Kashmiris: Modi 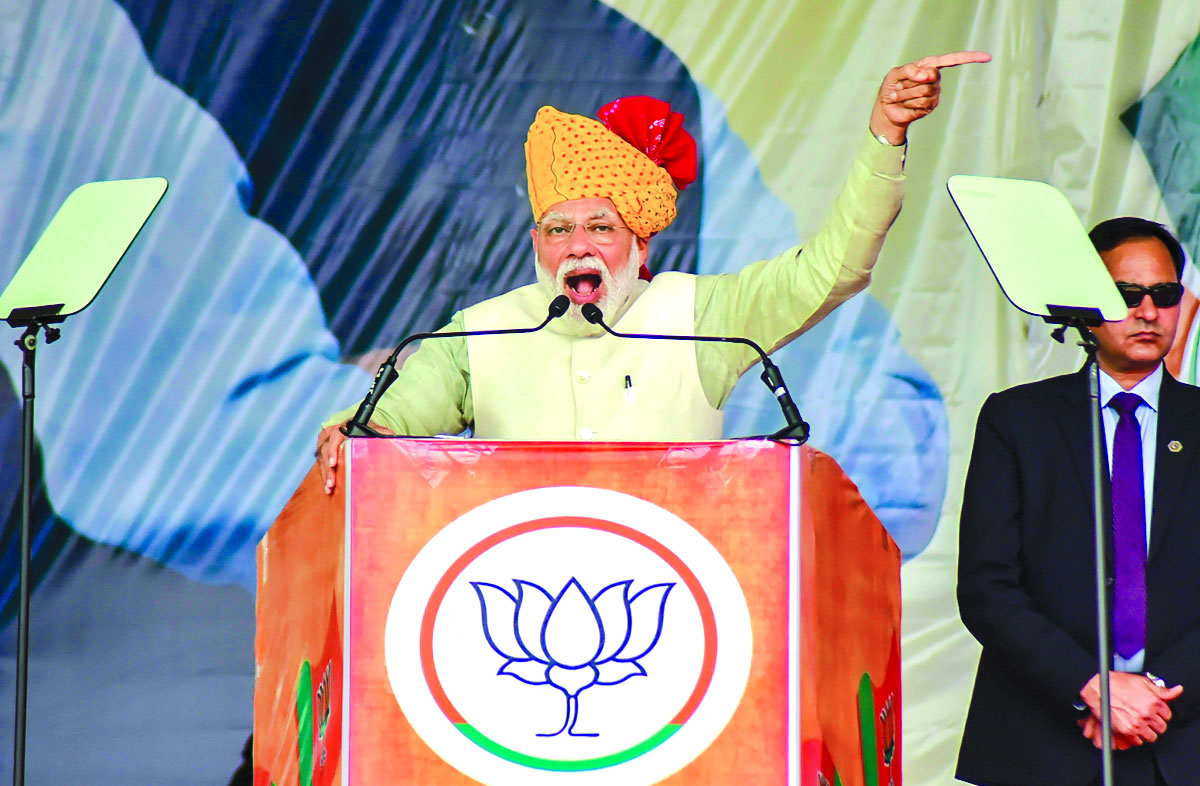 Prime Minister Narendra Modi on Saturday said India’s fight is against terrorism and not against the Kashmiris even as he vowed again to settle the score with Pakistan over the Pulwama attack.

Have faith in the Army and in the Modi Government, he said here at a rally where he seemed to refer to the reported harassment of Kashmiris after the car bomb attack that killed 44 CRPF jawans.

Modi accused Imran Khan of not living up to the assertions he made soon after becoming Pakistan’s Prime Minister, and also indirectly charged the Congress-led Government in 2008 of not acting against that country after the Mumbai terror attack.

He referred to the mood of “veer ras” (bravery and heroism) in the country after the Pulwama attack, particularly mentioning social media.

He said the Kashmiri youths are also troubled by terrorism and are ready to fight against them. “We need to keep them with us.”

“If we want to win the fight, we should not make mistakes. A terrorist is a terrorist and the Kashmiri people are also facing trouble due to terrorism,” he said, accusing the previous governments of not fulfilling their aspirations.

The prime minister reiterated that the security forces have been given “complete freedom” (to retaliate).

“Have faith in our soldiers deployed on the border, in the Modi government and on Maa Bhawani’s blessings,” he said.

“The scores will be settled this time, settled for good (Iss baar hisaab hoga, hisaab poora hoga),” he said.

In an apparent reference to Pakistan, Modi said peace in the world is not possible if the “terror factory” continues like this.

“There is consensus in the entire world against terrorism. We are moving ahead with strength to punish the perpetrators of terrorism,” he said.

“Stern action against those who live in India and encourage separatism has been taken and will be taken. This is a changed India, this pain will not be tolerated,” he said.

“We will not sit quiet after suffering this pain. We know how to crush terrorism,” he said.

Modi recalled his conversation with Imran Khan during a congratulatory call after the cricketer-turned-politician became Pakistan’s premier.

The Prime Minister said he told Imran Khan that there had been enough battles between the two countries, in which Pakistan got nothing while India won each time.

“I told him let us fight against poverty and illiteracy,” Modi said, suggesting that Khan gave his word as a Pathan but went back on it.

Modi said he feels sad about “a handful of people who live in India and speak the language of Pakistan”.

He said incidents like the Pulwama attack give strength to those who chant ‘Bharat tere tukde honge’, referring to slogans calling for the breakup of the country.

He said these are the people who go to Pakistan, saying “do anything but remove Modi”.

“They are those who failed to show courage against the perpetrators of the Mumbai terror attack,” he said, without naming anyone.

Attacking the Congress, he claimed that it had failed to fulfil its promise of waiving farm loans after coming to power in Rajasthan.

Listing the achievements of his government, the prime minister gave a new slogan, suggesting everything is possible under his government - “Modi hai to mumkin hai”.

He said that the previous dispensation would only discuss work, but his government completed it.

The Prime Minister said the one rank, one pension scheme for retired soldiers remained on the backburner for 40 years, but his government implemented it.

Shedding tears on the deaths of soldiers doesn’t befit those who could not implement the scheme, he added.