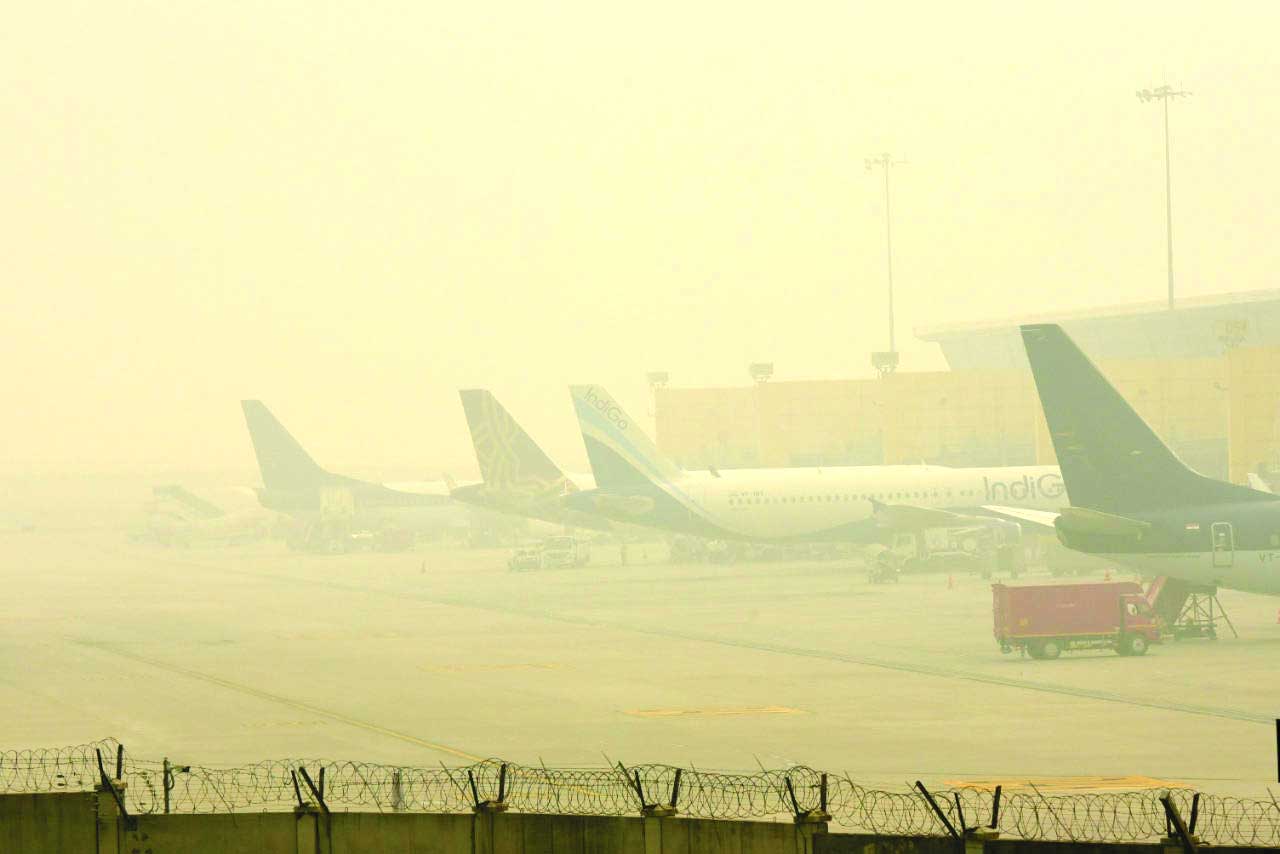 Pollution caused a major disruption at Delhi airport on Sunday as 32 flights were diverted to other airports due to heavy smog, officials said.

The flights were diverted to Amritsar, Jaipur, Mumbai and Lucknow airports. While Air India said it has diverted 12 flights since 9 am, a Vistara spokesperson said the airline has diverted five flights after 10 am due to smog at Delhi airport.

The Air India spokesperson said, “Bad weather affected flight operations since morning 9 am in T3 airport (Delhi). Twelve flights diverted to Jaipur, Amritsar and Lucknow.” When asked if it can be said “bad weather” is actually the pollution, the Air India spokesperson replied in affirmative. Five Air India flights that were coming to Delhi from Kolkata, Mumbai, Chennai, Ahmedabad and London were diverted to Jaipur airport on Sunday.

Moreover, five flights of the national carrier that connect Singapore, Surat, Bahrain, Bhopal and Nagpur with Delhi airport were diverted to Amritsar airport on Sunday.