UP rioters get recovery notices

UP rioters get recovery notices 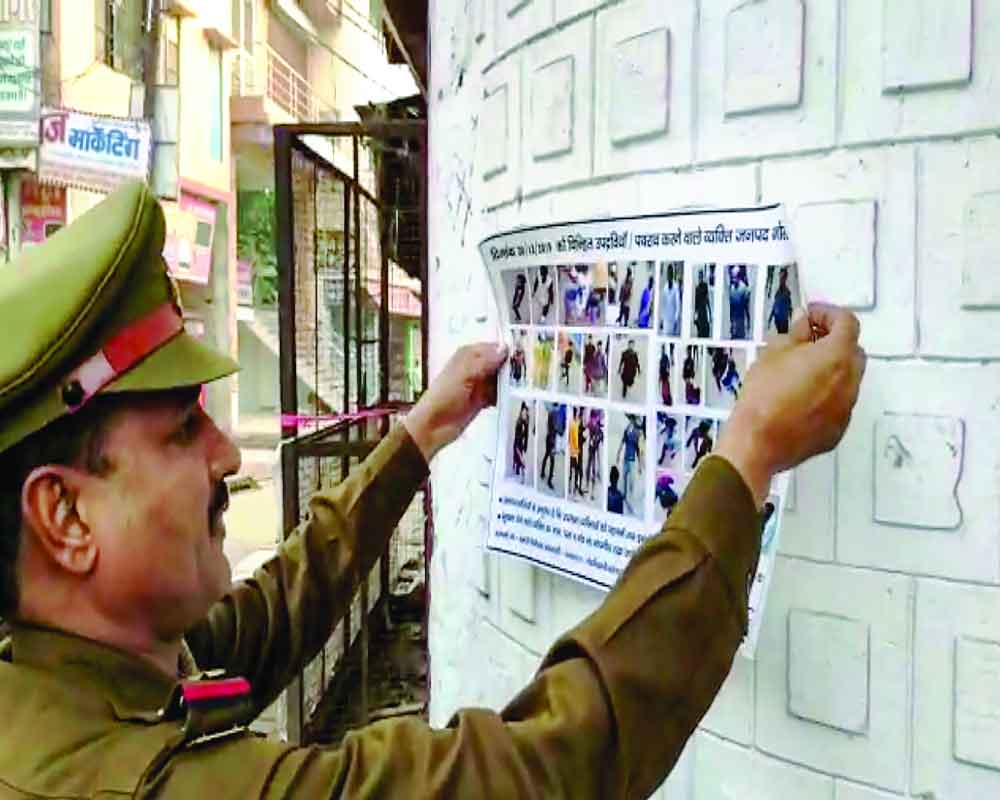 Days after Chief Minister Yogi Adityanath vowed to avenge the destruction of public property during anti-Citizenship Act protests in Uttar Pradesh, the State Government set up a Special Investigation Team (SIT) to probe cases of rioting registered in Kanpur, while the  Rampur district administration served notices on 28 people to pay up `14 lakh for damages.

More than 300 people have been served recovery notices across UP for damaging public property. The Lucknow district administration has served notices to 100 people till now. In Meerut, 141 people have been blamed for damages. In Sambhal notices were issued to 26 whereas in Nehtaur town of Bijnor, notices issued to 43 rioters.

The SIT was constituted following the directives of the Uttar Pradesh Director General of Police (DGP) for conducting a fair probe into the cases of violence. As many as four cases — three with Beckonganj Police Station and another with Babupurwa police station — have been transferred to the SIT.

The SIT would be better equipped to deal with the electronic gadgets to track down the culprits, especially because social media and WhatsApp were used to bring the alleged rioters together, said an official.

The team would be given access to all data from areas under the jurisdiction of police stations where the clashes occurred, Senior SP Kanpur Anant Deo Tewari said.

In Rampur, the police had initially said the damage incurred was worth around `15 lakh but the final assessment put the figure at `25 lakh. Among those asked to pay penalty are an embroidery worker and a hawker. Both have been arrested for violence during protests on December 2.

“Notices have been issued to 28 people who have been identified for violence during the protests. They have been given seven days’ time to respond why action should not be taken against them, failing which, proceedings will be initiated to recover money from them for destruction of public and private property,” District Magistrate Rampur Aunjaneya Singh told PTI.

A 22-year-old man died of a bullet injury in Rampur on Saturday during violent protests against the amended Citizenship Act. Several locals and policemen were injured, and six vehicles, including a police motorcycle, were torched, according to officials.  So far 33 people have been arrested and more than 150 identified in connection with the violence in Rampur, the police said.

Gorakhpur police too has sent notice to 33 people allegedly involved in violence during CAA protest in Gorakhpur on Friday. Police said FIRs against 1,000 unidentified people have also been registered. Police have pasted pictures of people involved in violence and announced that the informers will be awarded.

So far 26 people have been sent to jail and several others have been picked up on the basis of photos released by police. Notices are being served to those offenders who have either fled homes or are untraceable, police officials said.

“The accused persons have been asked to reach police station  through notice to clear their stand by Thursday. In case they failed  to appear, their property may be attached,” CO (Kotwali) VP Singh said.

On Wednesday, a team of district administration visited violence hit areas — Reti, Nakhas and Ghantaghar — and assessed the loss which have been caused to public property during violence.

Anti-CAA protesters on Saturday set Yatimkhana police post on fire and indulged in intense brick-batting. Two persons had died in Friday’s clashes here between the protesters and police and another succumbed to injuries at a hospital on Sunday.

Meanwhile, internet services, which had been suspended here last week amid widespread violent protest against the changes in citizenship law and the proposed creation of a National Register of Citizens, were restored on Wednesday, an official said.

Internet services in the state capital were suspended on Thursday night after violent protests against the amended Citizenship Bill.