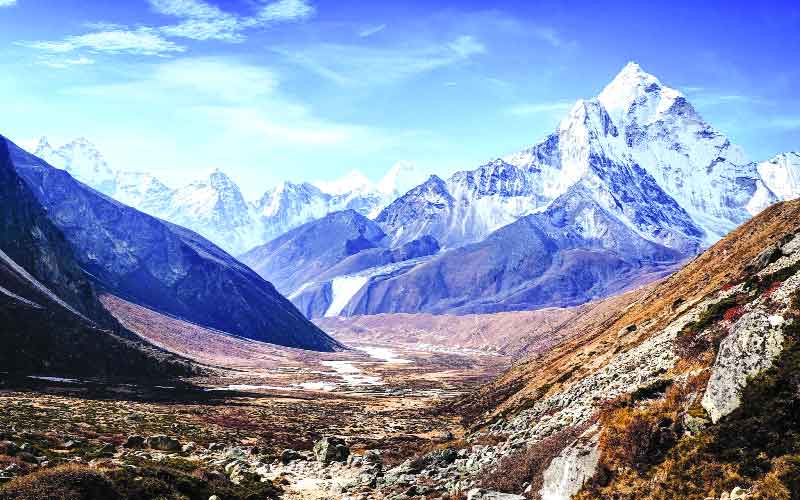 Driven by lopsided urban development, strings of hydro dams, over exploitation of resources, and climate change impacts, around 70-80 per cent of the Hindu Kush Himalayan region’s original habitat has been lost.

The degradation may further deepen by 2100, a recent assessment report of the International Centre for Integrated Mountain Development (ICIMOD) has said.

The report, authored by scientists from Dehradun-based Wildlife Institute of India (WII) among others, paints a grim scenario of the biodiversity hotspot and warns that a quarter of endemic fauna and flora such as Tibetan antelope and Giant Panda and Rhododendrons, orchids, rare medicinal and wild edible plants in the Indian Himalayas  could be wiped out by 2100.

The research agency notes that the region, one of the world’s richest biodiversity hotspots, is source of Asia’s 10 major rivers and provides water, food, energy and carbon storage for almost two billion people.

Its findings echo earlier studies showing that as temperatures rise with climate change, large areas of grasslands, alpine meadows, wetlands and permafrost will disappear on the Tibetan plateau by 2050. The Himalayas and Tibetan plateau are warming at up to three times the global average, according to recent reports.

The genetic diversity of the region also has global significance, as per the new report. “There have been 2,500 species of rice identified in Nepal alone, and 100 types of basmati in the western Himalayas. The variety of crops grown by farmers could serve as potential genetic resource for improving crop yield and pest resistance. This will be essential to support global food security in a world where shrinking crop diversity has left us vulnerable to climate change.

“However, there has been little research so far on the genetic diversity as well as numerous medicinal plants found in the region,” point out  researchers.

Ringing alarm bells, the authors of the report have also warned that if corrective steps are not taken, it will have huge impacts, particularly on the 240 million people in mountain regions, who still live in poverty and depend on natural resources for their daily food and livelihood.

Also, the role of Himalayan biodiversity in health has been overlooked, the report points out. “The area has been known for millennium as the home of numerous medicinal plants. But as these have been ignored, these will be lost before utilisation. This will have adverse impact on the large pharmaceutical corporations, since the discovery and development of medicines is linked to figuring out the effects of plants and herbs on the human body,” the authors said as they called upon the countries in the region and donor governments and the private sector to step up financial commitments for conservation of the Hindu Kush biodiversity.

More threats hover over the region, said the authors adding that biodiversity loss will see the expansion of vector-borne diseases as pathogens move to new habitats, and new diseases due to changes in water availability.

Over 550 large hydro-projects exist in the region or are under construction while climate change is driving massive ecosystem changes and widespread desertification at the source areas of major rivers on the Tibetan plateau in China - turning vast precious grasslands and wetlands into desert, as per the report.

On the brighter side, however, the report notes a positive shift over the past decades in conservation approaches — from focusing on species by excluding people from protected areas, to a more community centred approach. Such measures have brought positive change - regenerating degraded forests and restoring wetlands for example. And biodiversity is much richer around religious sites such as sacred groves.

Other authors of the report include Bharat Pokhrel, HELVETAS, Swiss Inter-cooperation Nepal, Kathmandu, Sunita Pradhan from Ashoka Trust for Research in Ecology and the Environment, Sikkim and Rebecca Pradhan, Royal Society for Protection of Nature, Thimphu in Bhutan.