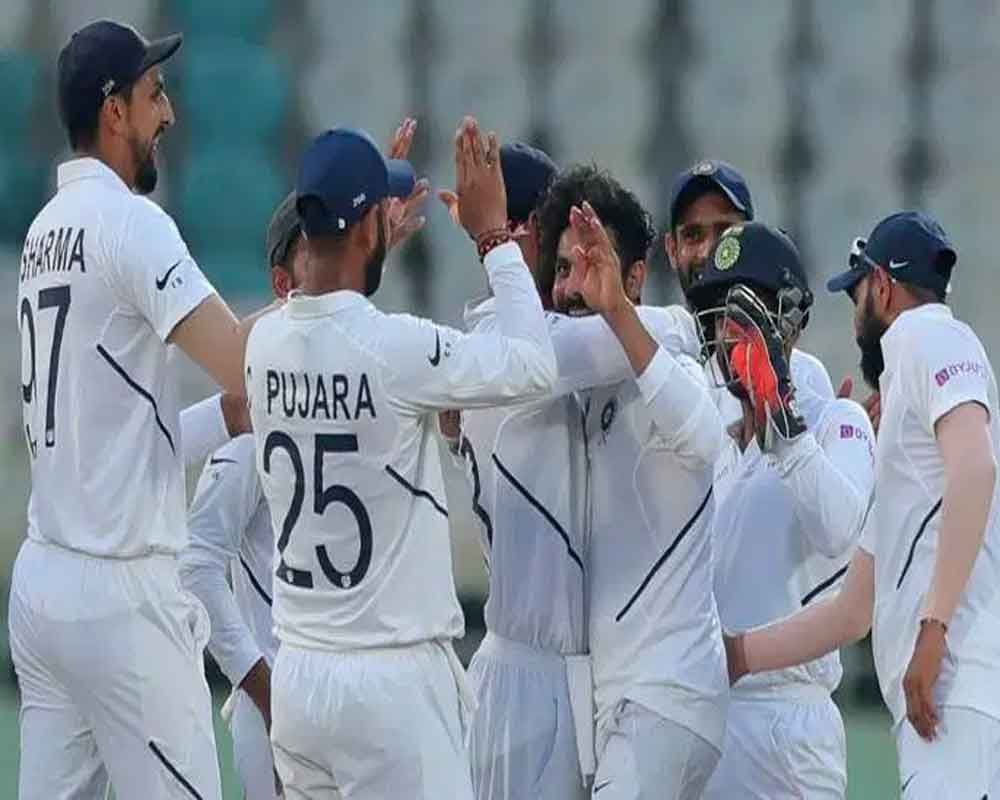 Mohammad Shami and Ravindra Jadeja ran through the South African batting in the morning session to put India on the cusp of a big win on day five of the first Test here on Sunday.

Chasing an improbable 395-run target, South Africa were expected to put up a fight like they did in the first innings but Shami's three-wicket burst and Jadeja's probing spell has made it all but certain that India will reach finishing line much faster than what was expected before start of play.

The morning session was extended by 15 minutes for India to complete the formalities but Piedt and Muthusamy frustrated them.

The pitch, which had played fairly for the first four days with the odd ball surprising the batsman, turned tricky on day five. The spinners got the ball to turn sharply and the variable bounce also helped the pacers, as predicted by Cheteshwar Pujara on Saturday.

The collapse began  in the second over of the day when Ravichandran Ashwin castled Theunis de Bruyn (10) with one that turned back sharply from wide outside of the off-stump for his record equalling 350th wicket.

With that dismissal, the 33-year-old became the joint fastest to 350 wickets, matching Sri Lanka legend Muttiah Muralitharan's feat in his 66th Test.

Bavuma stayed back to ball that jagged back in at low bounce while du Plessis offered a leave to another one which seamed back in, only to see his  stumps rattled.

Shami got rid of de Kock with an inswinger, leaving the visitors reeling at 60 for five. It became 70 for six when innings top-scorer and opener Aiden Markram did not get the required elevation and hit it back to Ravindra Jadeja, who took a brilliant one-handed reflex catch.

Jadeja was all over with South African tail, trapping Vernon Philander and Keshav Maharaj in front of the stumps off successive balls to make it 70 for eight in the 27th over.

Piedt and Senuran delayed the inevitable by going for their strokes. Piedt's slog sweep over deep mid-wicket went the distance for the 37th six of the game, breaking the record for most number of maximums in a Test match.