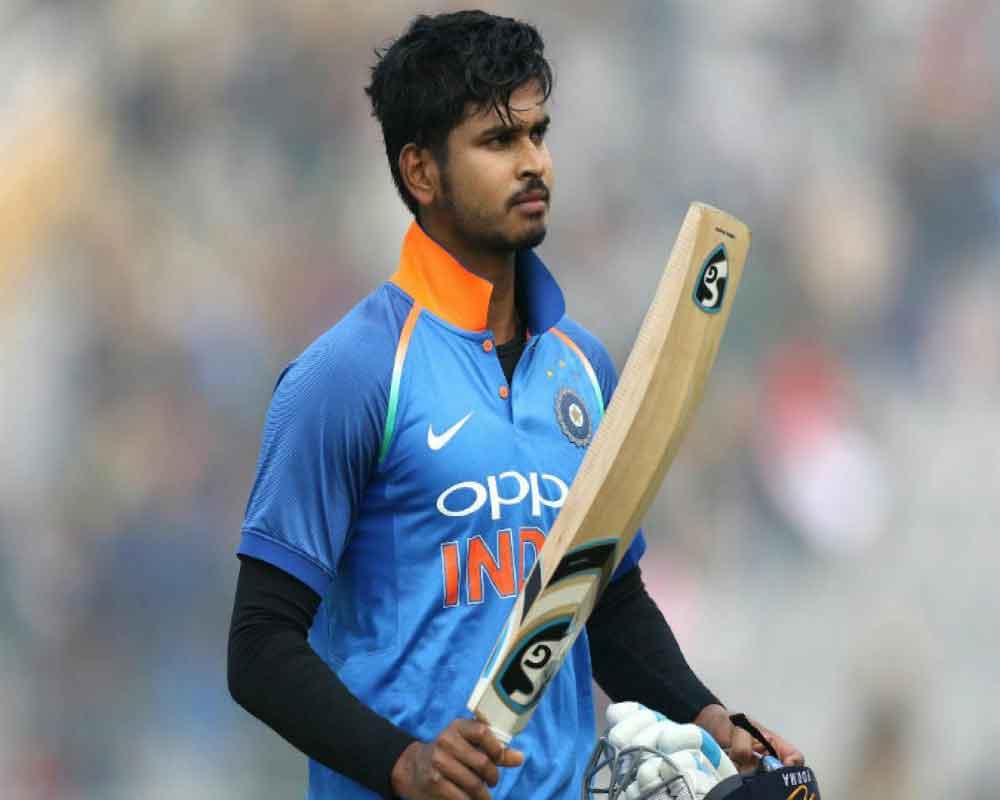 India batsman Shreyas Iyer is hoping that his 71-run knock in the second ODI against the West Indies will help him keep a consistent place in the team, crediting his stint with the A side for the impressive show.

Coming into the team after a year, Iyer, who has a couple of fifties in the five ODIs that he has played, produced a 68-ball 71 to play a crucial role in India's 59-run win over West Indies on Sunday.

Batting at number five, Iyer added 125 runs with skipper Virat Kohli (120) as India posted a competitive 279 for 7 against West Indies. Kohli, in the post-match presentation, lauded the batsman for keeping the pressure off him during the partnership.

"I want to stay in the team for a while, the consistency is always important, I want to play well and contribute to the team," said the 24-year-old, who didn't get game time during the T20 series.

Iyer, who scored two fifties for India A during their tour of West Indies last month, said familiarity with the conditions gave him the confidence of doing well in the ODI series.

"It was a fruitful day. I knew I was going to do well, I played for India A and I played in these grounds, paced my innings well and think it went well," said Iyer, who was part of the playing XI in the first game, which was washed out after 13 overs at Guyana.

Talking about his partnership with captain Kohli, Iyer said: "I decided that I wouldn't take any risks, Virat told me that we needed to build a partnership and take the innings deep.

"He supported me very well, we took the ones and twos, hit the boundaries when it came. We decided 250 was a good score, obviously we got 30 runs extra. He told me to bat at least until the 45th over, I am thankful for what I managed."

India will take on West Indies in the third and final ODI on Wednesday.