From start to stop

From start to stop 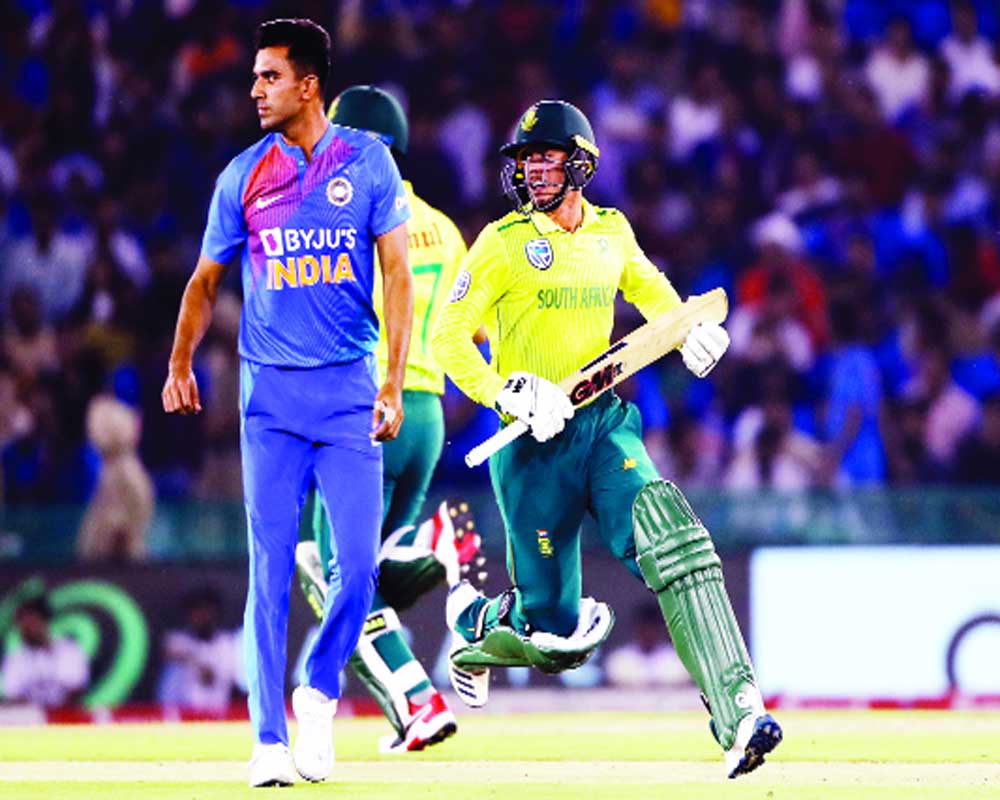 Most bowlers find it tough to contain batsmen in death overs but young India pacer Deepak Chahar relishes the challenge in the Twenty20 format.

With India giving youngsters opportunities ahead of the T20 World Cup next year, 27-year-old Chahar has impressed in the three games he has got since making his debut in July last year, taking six wickets at 11.50.

Used to opening the bowling for Chennai Super Kings in the IPL, Chahar has shown he can be equally effective in the death overs.

“I don’t know how I developed it (bowling at the top) but you have to do it when you are playing for India. It is challenging with only two fielders outside the circle. But I have started thinking sub-consciously that I will need to bowl three overs with two fielders outside the circle,” said Chahar, who was India’s standout bowler in their seven-wicket win over South Africa  on Wednesday.

In his opening spell of three overs, Chahar swung the ball and picked up the wicket of Reeza Hendricks before returning in the 18th over to remove a set Temba Bavuma with a well disguised slower ball.

“Earlier I used to bowl more in the death overs and find it easier because in Powerplay you have only two fielders outside the circle and after that you have the protection of five fielders. You can use variation also in death overs,” he said.

Chahar said he focuses on outguessing the batsman.

“How I bowl depends on the batsmen. In the death overs, the batsman is expecting yorkers or a slower ball but if you can also bowl a bouncer or knuckle ball, it can surprise him. You to have to keep guessing the batsman,” said the Rajasthan pacer.

He feels bowling on flat wickets in Chennai during the IPL has made him a better bowler.

Chahar has grabbed his chances so far but knows he is far from cementing his place in the side ahead of the T20 World Cup in Australia.

“There is no guarantee that you will get your place back even if you are returning from an injury.”

Talking about Virat Kohli’s match-winning knock of 72 not out, Chahar was all praise.

“He is just next level and all class,” he said.