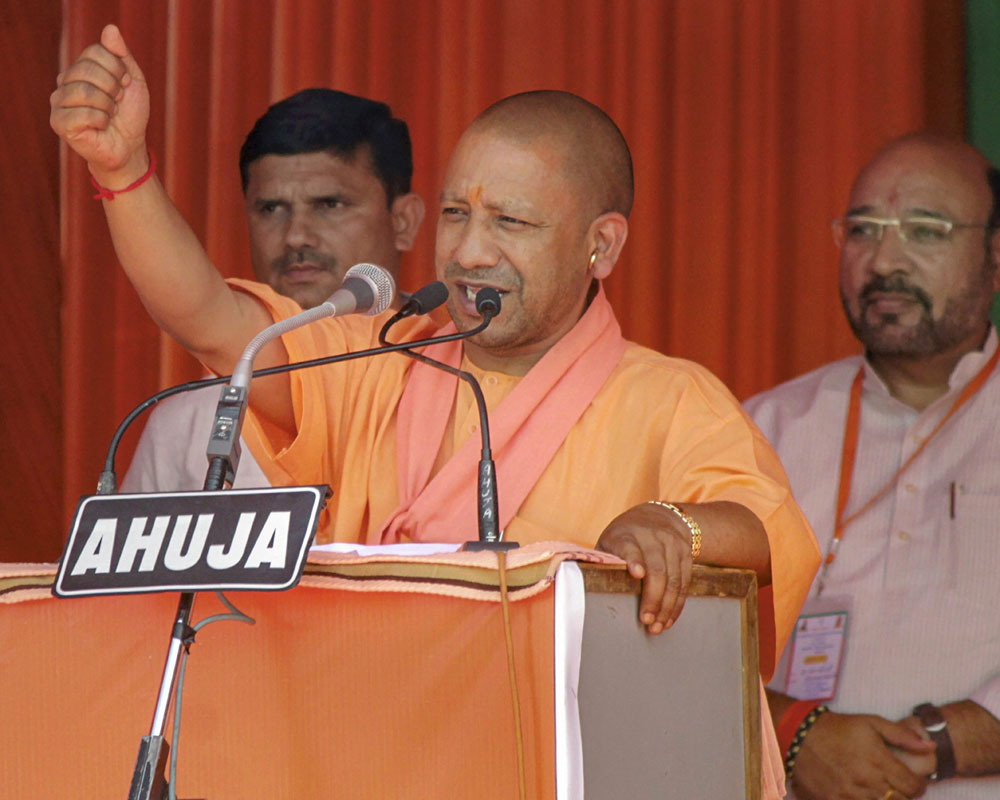 Uttar Pradesh Chief Minister Yogi Adityanath hit out at the Opposition for seeking evidence of the Balakot airstrike, alleging that only two factions were "pained" by the post-Pulwama retaliation -- Pakistan and the Opposition.

"Pakistan was counting the dead bodies of terrorists. At that time, our Opposition was asking questions about the airstrike. This will not be tolerated at any cost," Adityanath said at a public meeting in Ghaziabad.

At another rally in Greater Noida, the Bharatiya Janata Party leader accused the previous Congress-led UPA government of "serving biryani" to terrorists and having a soft approach towards handling terrorism.

"Masood Azhar... Congress gives them respect by adding 'ji' after their name. But, the BJP has only two ways of dealing with terrorists -- bullet or bomb," he said.

"After the air strikes in Balakot, Pakistan was crying. Only two factions were pained by this, either Pakistan or the Congress-SP-BSP. Rest of the country was celebrating it and these people were asking for proof," Adityanath said.

The chief minister accused Congress president Rahul Gandhi, Samajwadi Party and the Bahujan Samaj Party of insulting the soldiers by asking proof of the airstrike. He also alleged that the Opposition were encouraging terrorism, naxalism and anarchism.

The chief minister alleged that earlier, the situation in western Uttar Pradesh was such that women and girls were worried about safety. "Now, in two years of our government, criminals are either behind bars or they have been eliminated. There is no third other option for them."

Adityanath claimed that before the BJP came to power in the state, DJ music was not permitted during the 'Kanwar Yatra'. "We gave a free hand to all the pilgrims. The BJP government has entirely changed the scenario of the state."

He alleged that the Congress, SP and the BSP, which ruled the state for most of the time since Independence, had created a divide in the society.

"They (BSP-SP-Congress) worked for personal gains and their families, engaged in policies of appeasement and created divide in society," Adityanath said, adding that the Modi government had worked for all sections of society.

The chief minister claimed that the Opposition, including the BSP and the SP, had come together only to control and exploit the national resources.

On 'Mission Shakti', Adityanath said the Election Commission could not find any violation of the model code of conduct because Narendra Modi addressed the nation in his capacity as the prime minister.

"This is a decisive battle. This election will decide the path for India's development," Adityanath added.

"Your vote to the BJP will ensure that development will continue in your area for the next five years," Singh said.

Ghaziabad and Gautam Buddh Nagar go to polls on April 11 in the first phase of the seven-phase Lok Sabha election.