BJP will effectively wipe them off: Adityanath on BSP-SP alliance

BJP will effectively wipe them off: Adityanath on BSP-SP alliance 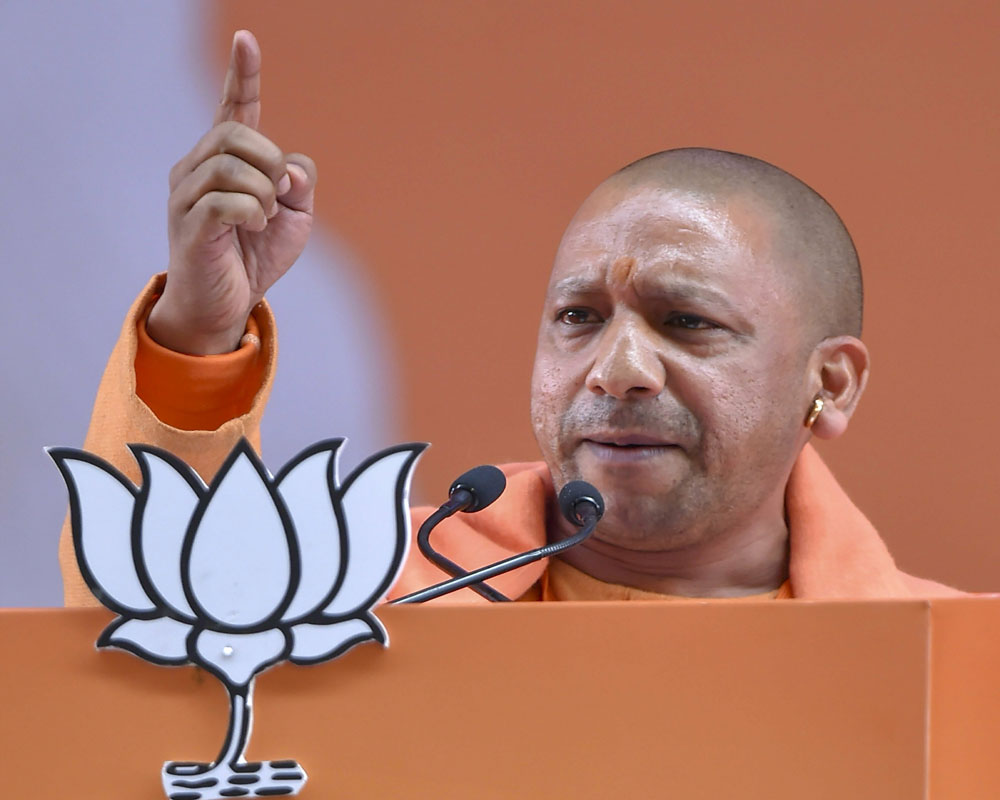 Uttar Pradesh Chief Minister Yogi Adityanath Sunday claimed the recently-forged alliance between the Samajwadi Party and Bahujan Samaj Party will have no impact on the politics of the state, and that the BJP

Will "effectively wipe them off".

"The (SP-BSP) alliance means giving power to people who are corrupt, anarchic elements and have casteist mentality. This alliance will have no impact on the politics of the state.

"It is good that both these parties have come together. It will help us to effectively wipe them off," he asserted.

Once arch-rivals Samajwadi Party (SP) and Bahujan Samaj Party (BSP) had on Saturday announced their tie-up in Uttar Pradesh for the 2019 Lok Sabha polls, sharing 38 seats each and keeping the Congress out of the alliance.

The priest-turned-politician said his party faced no challenge by the alliance.

"SP chief Akhilesh Yadav should clarify who is the PM candidate this time -- his party patron Mulayam Singh Yadav or BSP supremo Mayawati. A leader-less alliance will be rejected by the people," Adityanath said.

He also went on to say, "Why are SP and BSP different parties? They should be merged".

"From 1993 to 1995, SP-BSP coalition functioned in Uttar Pradesh. Everyone has seen their style of working. They sow the seeds of casteism in the state," Adityanath said.

On the construction of Ram temple in Ayodhya, the chief minister said, "The BJP had said that it will resolve the issue while staying within the ambit of the Constitution. The matter is in Supreme Court. We are making repeated appeals to it that this issue must be resolved at the earliest for the sake of development of the country.

"If there is anyone, who can resolve the issue, it is the BJP. Those, who had created this problem, cannot resolve it," he added.