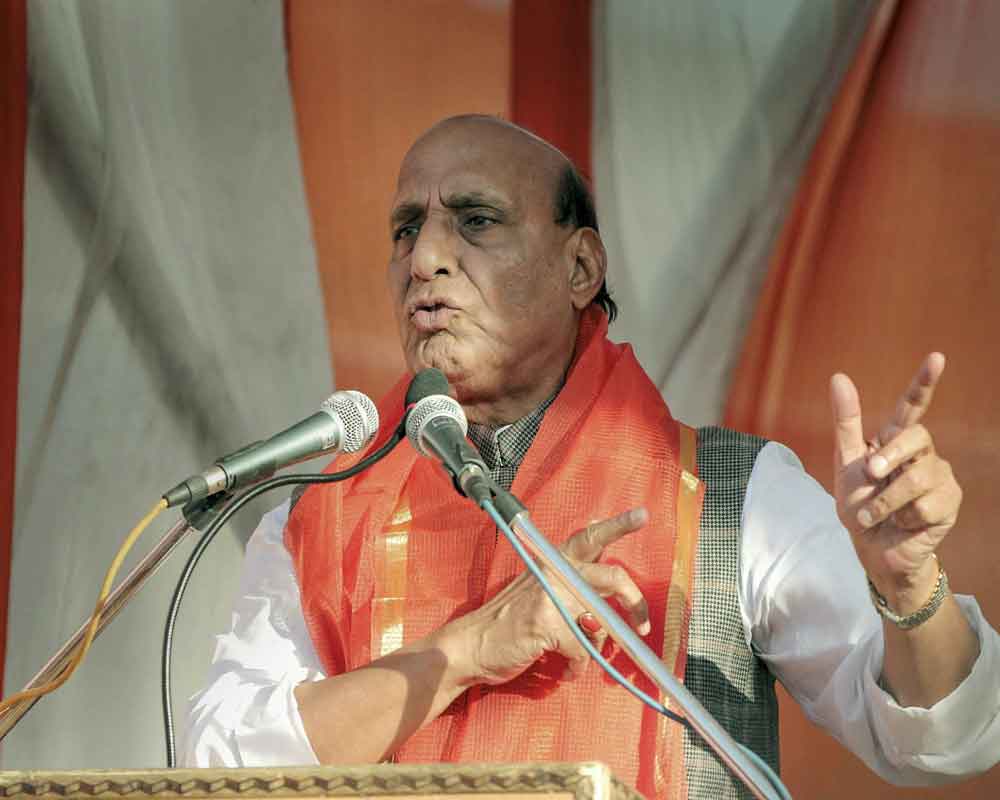 The Congress should learn from the BJP how a government should be run, Union minster Rajnath Singh said Monday while asserting that India was among the fastest growing economies in the world and there was not a single charge of corruption against any minister in the Narendra Modi dispensation.

Canvassing for BJP MP Ajay Tamta, who has been renominated in Almora (reserved) Lok Sabha constituency, Singh accused the Congress of always doing politics over the issue of development.

"India, which ranked 11th in the list of world economies in 2013, has jumped to the sixth position and will stand 5th in the list over the next six months. If the pace of development continues, India will be the third biggest economy in the world by 2028," Singh said at a poll rally here.

"How a government is run is something the Congress should learn from the BJP. There has not been a single charge of corruption against any minister in the Modi cabinet in the last five years," he said.

Referring to Congress president Rahul Gandhi's proposed minimum income guarantee scheme aiming to lift five crore families out of poverty, Singh said, "The poverty alleviation slogan was first given by Jawaharlal Nehru and carried forward by Indira Gandhi and Rajiv Gandhi. It is being repeated by Rahul Gandhi who is promising to put Rs 72,000 into the account of every poor person.

"It is a fake promise like the slogan of poverty alleviation," he said.

Quoting an American think tank, the senior BJP leader said the number of poor people in India that stood at 16.5 crore in the year 2015 has now reduced five crore.

"It is all due to steps taken towards poverty alleviation by the Modi Government in the last five years. Not only the American think tank but even the International Monetary Fund (IMF) has said that India is one of the fastest growing economies in the world today," Singh said.

The BJP leader said while the Manmohan Singh government constructed only 25 lakh houses in five years, the Modi dispensation got 1.30 crore houses built for the poor during its tenure.

The Union home minister said that Praising Uttarkhand Chief Minister Trivendra Singh Rawat was the only one to envision a universal health scheme much before the Centre launched Ayushman Bharat.

"Under the present chief minister the state is growing speedily," he said, adding the development of hill states is only possible when the centre has the same party in government as the state.