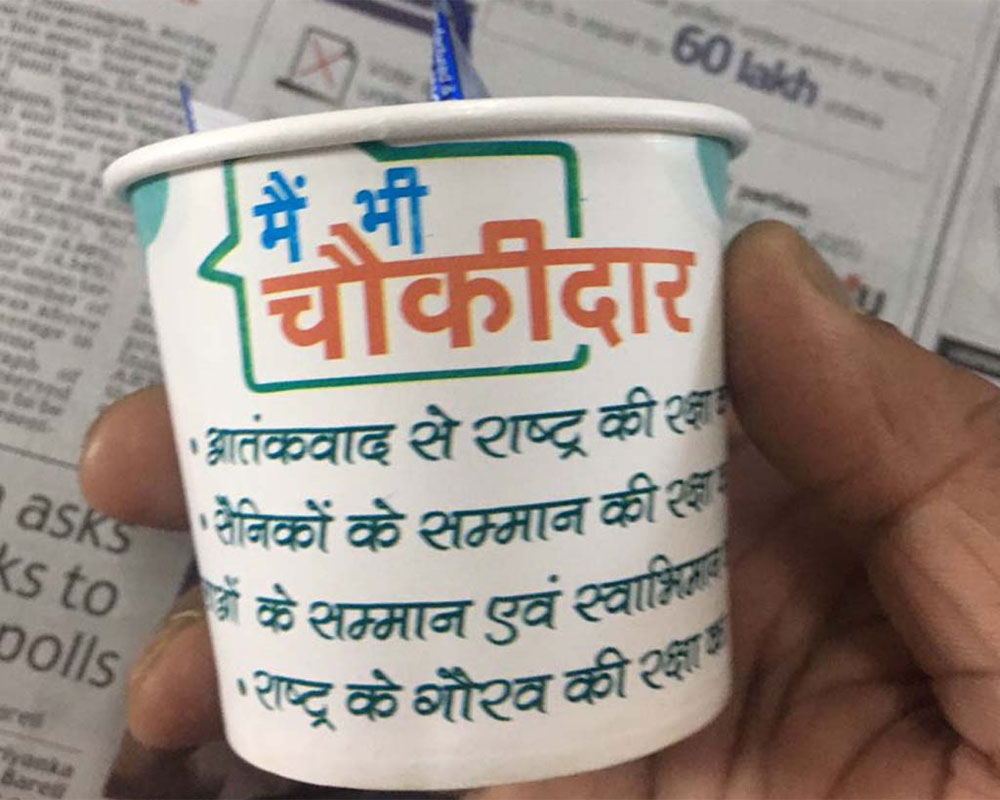 The Election Commission Tuesday called the railways approach towards enforcing the model code of conduct "lackadaisical" after allegations that poll norms were violated with Prime Minister Narendra Modi's picture on tickets and the slogan "Main Bhi Chowkidar" on tea cups.

The poll panel has issued a notice to the railways, asking it to submit a report by Thursday on the slogan on tea cups, so that it can take a call on whether it was a poll code violation.

The issue came to the fore after a passenger on the Kathgodam Shatabdi tweeted a picture of tea cups with the slogan, the post went viral.

The railways said its has withdrawn the cup and penalised the contractor.

On the ticket issue, the EC has reprimanded the national transporter for not taking the code of conduct seriously.

"It has come to the notice of the commission that tea cups were provided to the passengers in the train of the Indian Railway by the NGO, namely "Sankalp", which contained the political slogan of the Bharatiya Janata Party and such matter is closely related to violation of the Model Code of Conduct," according to the notice.

"The commission, taking cognisance of the incident, has directed that the matter may be looked into immediately and a report may be furnished by 11:00 hours on April 4 that decision may be taken by the commission in the matter," it said.

In a letter over the image of Modi on train tickets, the poll panel criticised the railways for non-compliance of its instructions.

"The commission expresses its considered displeasure over the non-compliance of the commission's instructions especially when the Model Code of Conduct is in force and the lackadaisical approach towards enforcing the Code.

"The commission has also decided that disciplinary action be taken against the officer incharge and a report be submitted to the Election Commission within a week," it said.

The railways is yet to comment on the EC letter and notice.