If Indiraji is credited for 1971 Bangladesh war, why not Modi For the Pakistan air-strike : Rajnath

If Indiraji is credited for 1971 Bangladesh war, why not Modi For the Pakistan air-strike : Rajnath 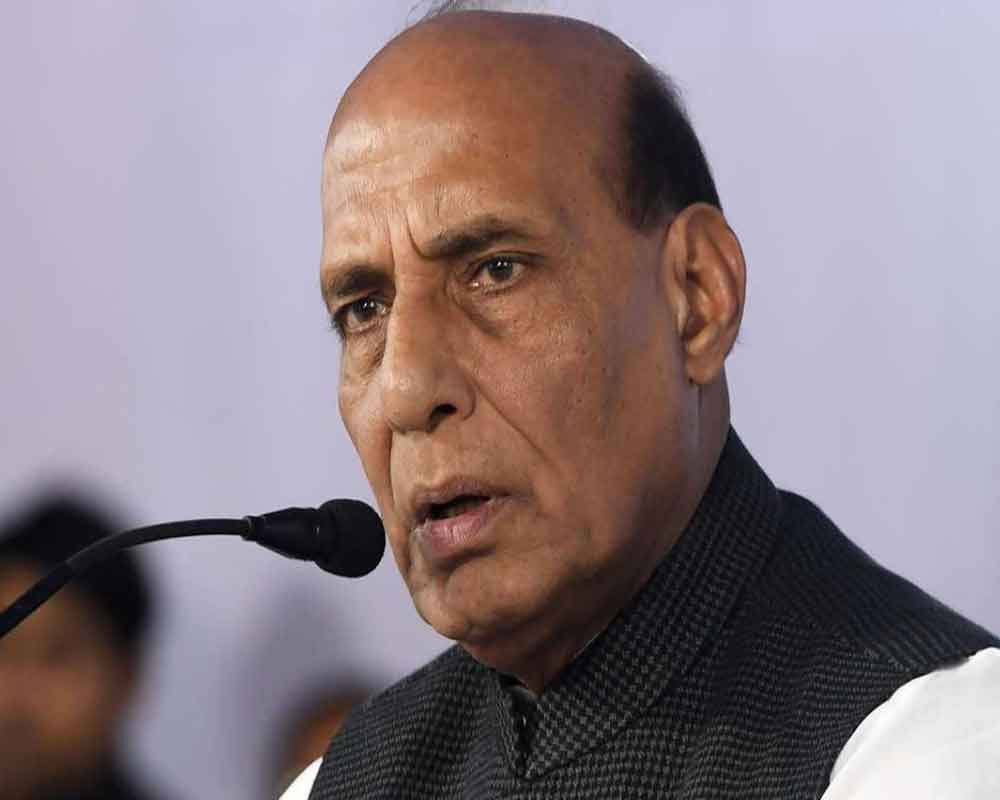 Singh, a BJP stalwart, hit out at the Congress for seeking evidence of the outcome of the Balakot air strike  by Indian Air Force and said the BJP-led government has been able to effectively isolate Pakistan for sheltering terror elements.

He recounted that former prime minister Atal Bihari Vajpayee who was a leader of the Jan Sangh, the former avtar of BJP, had complimented Indira Gandhi for the success in the Bangladesh Liberation war and had said the party would not hesitate to accord its fullest cooperation to Indira Gandhi.

"Now, what is wrong in praising Modiji if he gave a fitting reply to Pakistan after the Pulwama terror attack ?" Singh asked while slamming the opposition parties for raising questions when there was nation-wide "euphoria" following the air strike on terror camps inside Pakistan territory.

Singh was addressing a series of election meetings in Keonjhar, Cuttack and Puri parliamentary constituencies in Odisha which are going to polls in the third phase on April 23 to bolster the prospcts of BJP candidates.

"The opposition has been seeking to know the number of terrorists killed in the air strike. How can the jawans count the number when the target is a huge gathering of terrorists? ... Jawans do not count bodies, it is the work of vultures."

Claiming that the BJP government led by Prime Minister Narendra Modi has been able to isolate Pakistan in the international community, Singh said "None other than Narendra Modi can give a befiting reply to Pakistan."

He strongly criticised the then Congress govenrment for not taking action against Pak-based terrorists after the Mumbai atttack in 2008.

The Modi government had on the other hand acted promptly and launched an attack on terrorist camps at Balakot in Pakistan within 13 days of the Pulwama attack. "This is the difference between BJP and the Congress," Singh said.

Stating that India is no more weak, the senior BJP leader said "We do not attack any one but if some one attacks us, we do not spare him.

"Our policy is very clear. We do not attack any one, never try to acquire anyone's territory. But if anyone dares to hit us we will not sit idle," Singh said,

Apart from strengthening the country's security, Modi has ensured that country's economy improved. "When BJP came to power in 2014, India's position in terms of economy was 9th. Now within four and half years, India's place is 6th in the world. We will be among the top three by 2030," he said.

Singh urged the people to vote for BJP to ensure speedy development and appealed for the ouster of the BJD government in Odisha for failing to pull the state out of backwardness and poverty.

The BJD government of Naveen Patnaik is seeking re-election for the fifth straight time in Odisha, where simultanoeus polls for the Lok Sabha and the assembly are on.