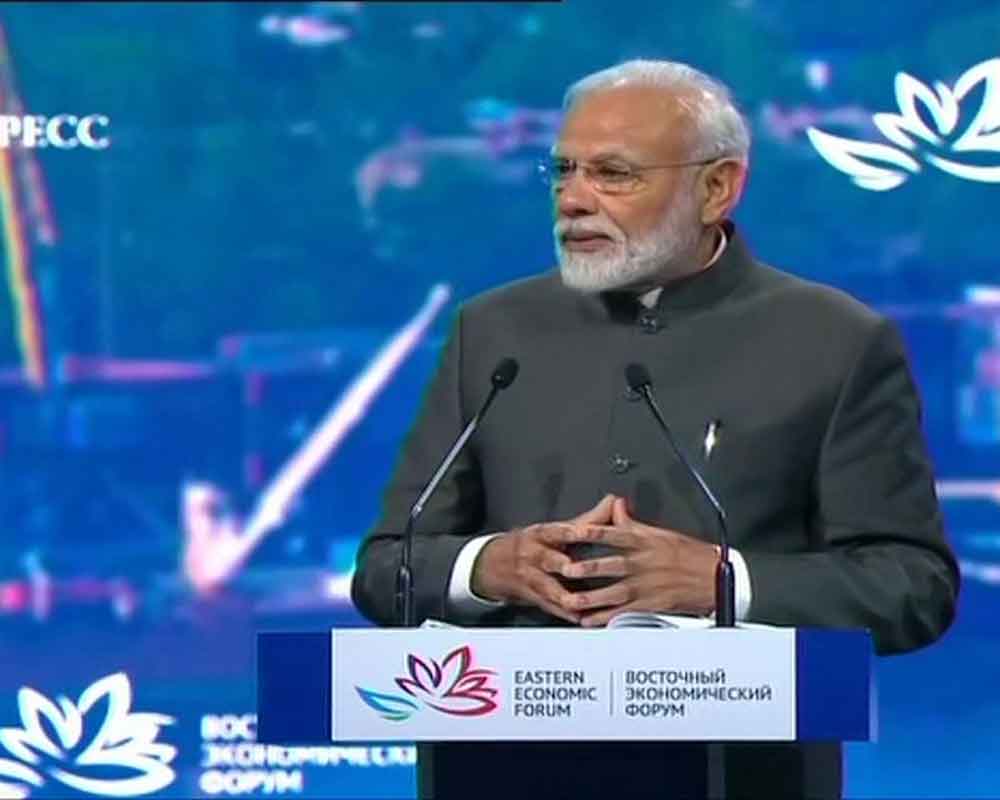 Sharing the dais with Russian President Vladimir Putin and counterparts of other countries, Prime Minister Narendra Modi on Thursday asserted India is building a 'new India' which aims at achieving the target of $5 trillion economy by 2024.

Modi's remarks came at the 5th Eastern Economic Forum (EEF) where he was invited as a chief guest by Russian President Vladimir Putin.

"In India also we are building a new India on the 'mantra' of 'sabka saath sabka vikas'. We are aiming to be $ 5 trillion economy by 2024."

Modi is on a two-day visit to Russia. On Wednesday, he held bilateral talks with Putin.