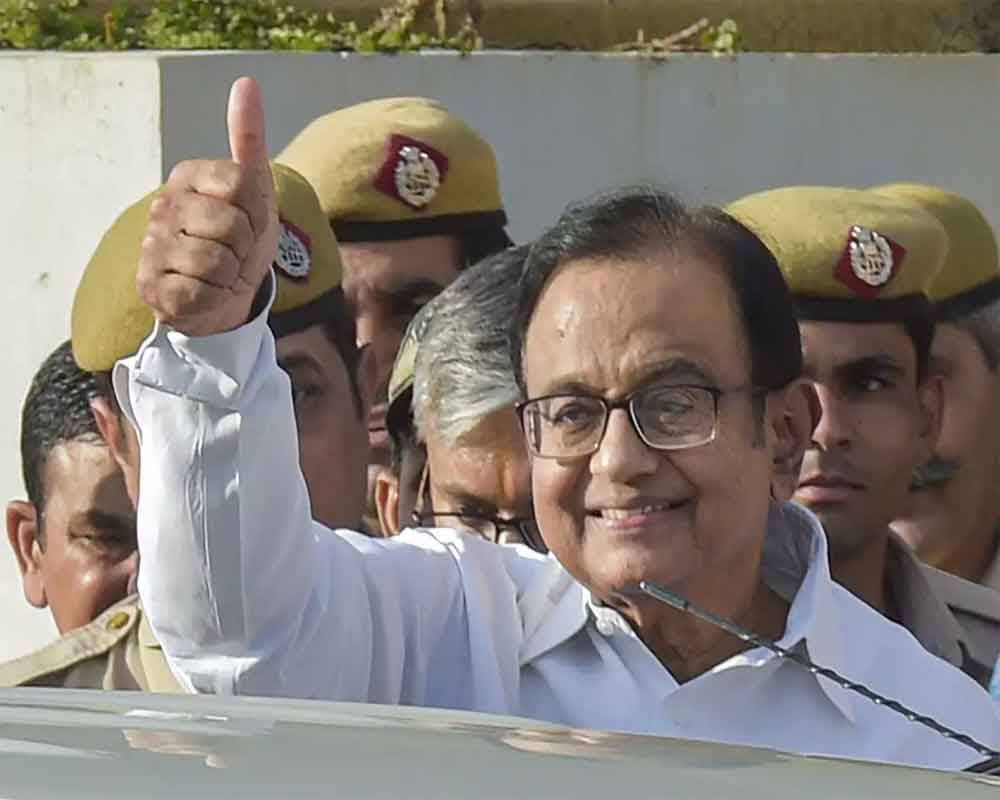 The court extended the judicial custody of Chidambaram after the CBI sought extension of the veteran Congress leader's judicial remand.

Solicitor General Tushar Mehta, appearing for CBI, sought extension of the judicial custody and said there has been no change of circumstance from the day he was first sent to jail.

He said that the 73-year old Congress leader is suffering from various ailments like coronary artery disease, hypertension, impaired glycemia and has lost weight during the custody, to which he was sent on September 5.

Senior advocate Abhishek Manu Singhvi, also appearing for Chidambaram, said the former minister had a chair in the hall outside his cell which has been taken away. "He can only sit on bed. He also has not been given a pillow".

Allow him to be examined at AIIMS, Sibal said.

"Health of any inmate is of concern. Whatever is permissable in law, would be done by the jail authorities," Mehta said.

The CBI had registered an FIR on May 15, 2017, alleging irregularities in the Foreign Investment Promotion Board (FIPB) clearance granted to the INX Media group for receiving overseas funds of Rs 305 crore in 2007 during Chidambaram's tenure as the finance minister.

Thereafter, the Enforcement Directorate lodged a money laundering case in this regard in 2017.

Chidambaram, who was Union home minister as also finance minister during the UPA rule from 2004 to 2014, was arrested by the CBI on August 21 from his Jor Bagh residence.