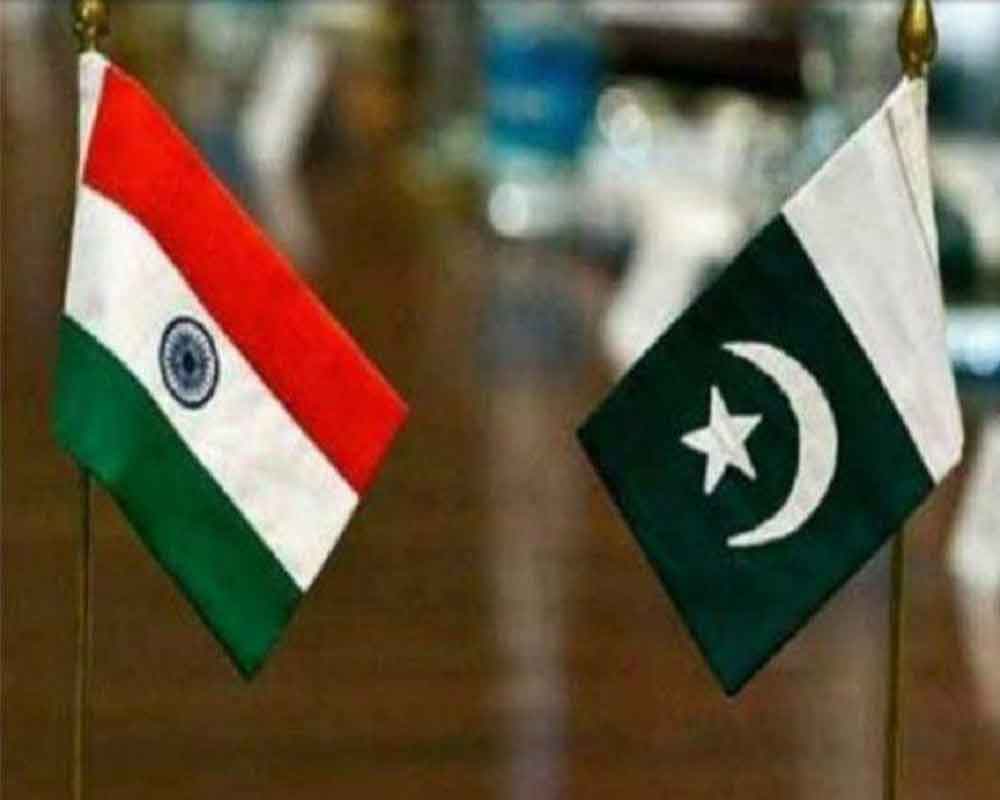 Pakistan-based Jaish-e-Mohammad's audacious terrorist strikes, part of its 'Ghazwa-e-Hind' (Holy War Against India), have turned it into one of the most deadly terror groups and brought India and Pakistan on the brink of war twice in two decades, officials said.

The most deadly terror strikes of the JeM in the past 20 years include attacks on the Pathankot airbase, the Army brigade headquarters in Uri, the Badamibagh cantonment in Srinagar and the bombing of the Jammu and Kashmir Assembly.

India and Pakistan were almost on the brink of war in 2001 when the JeM attacked the Indian Parliament, and again now after the February 14 suicide attack on a CRPF bus in Pulwama, which killed 40 jawans, a security official said Sunday.

The terrorist group, with close links with al-Qaida, had resolved at a conference held in Okara district in Pakistan on November 27, 2017, that it would continue its "Ghazwa-e-Hind" irrespective of the Indo-Pak ties, the official said citing an intelligence report.

The JeM, which had close links slain al-Qaida leader Osama bin Laden, was formed after the release of terror mastermind Masood Azhar from an Indian jail on December 31, 1999 after the Indian Airlines flight IC814 was hijacked on December 24, 1999.

Azhar was released along with rouge British secret service MI6 agent Omar Shaikh, who was responsible for the killing The Wall Street Journal journalist Daniel Pearl in January 2002 and the funding of 9/11 terror attacks in the United States with USD 100,000, the official said.

The group carried out a series of terrorist attacks in Jammu and Kashmir.

It killed 30 soldiers in the Valley through a vehicle-borne improvised explosive device (VBIED) in April 2000, killed three policemen at a bus stand at Batmaloo in Srinagar in June 2000, bombed the J&K Assembly on October 1, 2001 in which 31 people died, and attacked Parliament on December 13, 2001 in which nine security personnel and officials were killed.

The attack on the assembly took place just three weeks after the 9/11 attacks and the Parliament attack happened a week after bin Laden was cornered in Tora Bora caves in Afghanistan.

When bin Laden was cornered in Tora Bora and the Pakistani army was forced to hold one side of the cordon of these vast caves, the JeM became the conduit to bring fighters and their families from Afghanistan into safe havens in Pakistan, run by JeM and another deadly terrorist group Lashkar-e-Taiba, the official said.

Khalid Sheikh Mohammed, one of the key conspirators of 9/11, housed fleeing al-Qaida cadres in Karachi, he said.

It is widely believed that to help bin Laden flee Tora Bora, JeM carried out attack on Parliament in New Delhi, leading to a war-like situation between India and Pakistan after Indian armed forces were mobilised along the country's western border, another official said.

This provided a pretext to the Pakistani army to withdraw much of its forces from its western border, which were in cordon of the Tora Bora caves, thus helping the escape of bin Laden to Pakistan.

"It took 10 more deadly years to get Osama bin Laden. This is the nature and capability of JeM. Its activities just do not impact India, but feed on terrorism and has been a major threat to global peace and security," the official said.

On November 2, 2005, a few hours before the swearing in of Ghulam Nabi Azad as Chief Minister of Jammu and Kashmir, a JeM suicide squad detonated a powerful car bomb in the Nowgam area of Srinagar, killing 10 people and injuring 18 others.

The JeM  attacked the Uri brigade headquarters on September 18, 2016, killing 17 soldiers and injuring 30 others.

After the Pulwama attack, the Indian Air Force carried out an aerial attack on the biggest camp of JeM in Balakot in Pakistan, leading to another war-like situation between the two countries.