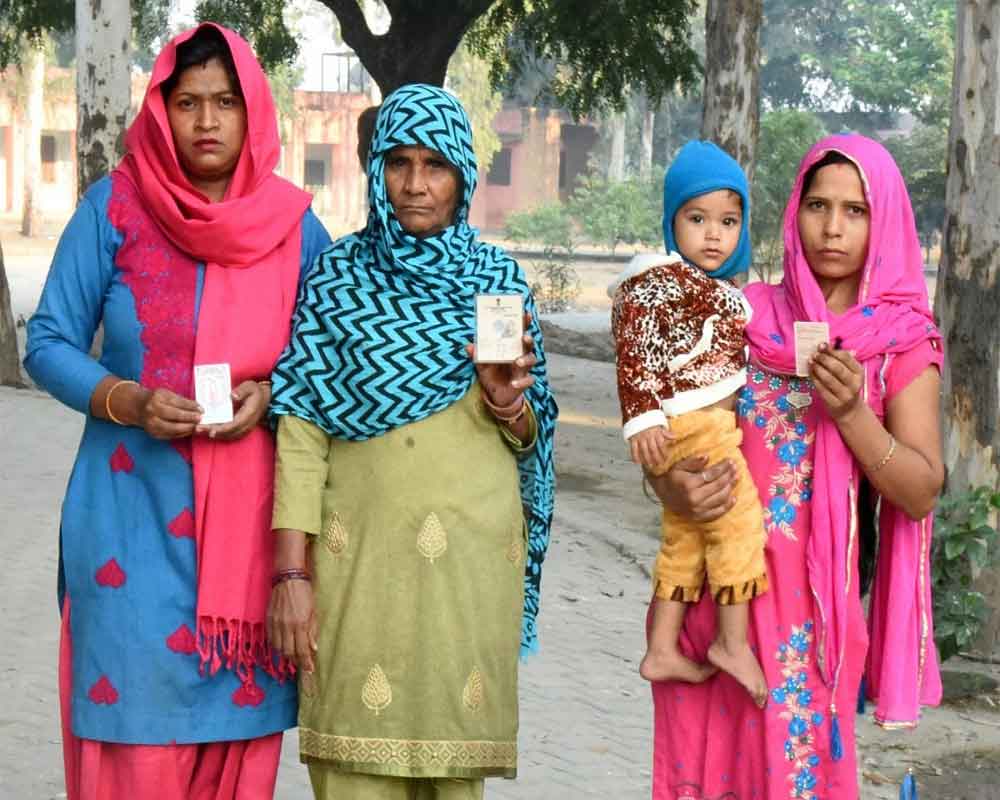 Haryana recorded a turnout of 62 per cent at the close of polling for 90 constituencies in the assembly elections on Monday, officials said.

Polling that began at 7 am and ended at 6 pm was largely peaceful, barring one violent incident in Nuh, officials said.

According to the Election Commission 62 per cent of the registered voters had exercised their franchise by 6 pm, when polls closed.

However, people who had entered the polling booths before the stipulated closing time will be allowed to cast their vote, officials said. The figure of 62 per cent turnout is provisional, and may rise slightly. The final figure will be available when the data is tabulated, officials said.

The Haryana voting percentage was 76.54 per cent in the 2014 assembly elections and 70.36 in this year's Lok Sabha elections.

The Election Commission said 1,169 candidates, including 105 women, contested this election.

The BJP led by Chief Minister M L Khattar is aiming to retain power in Haryana, and had set a target of winning 75 seats.

Currently, the BJP has 48 members in the state assembly. Haryana's Chief Electoral Officer Anurag Agarwal said 19,578 polling stations were set up, 13,837 of them in rural areas.

Tight security arrangements were in place with over 75,000 security personnel deployed for the polls, DGP Manoj Yadava said earlier.

Over 1.83 crore voters, including 85 lakh women, were eligible to vote. The figure includes over one lakh service voters and 252 transgender people.