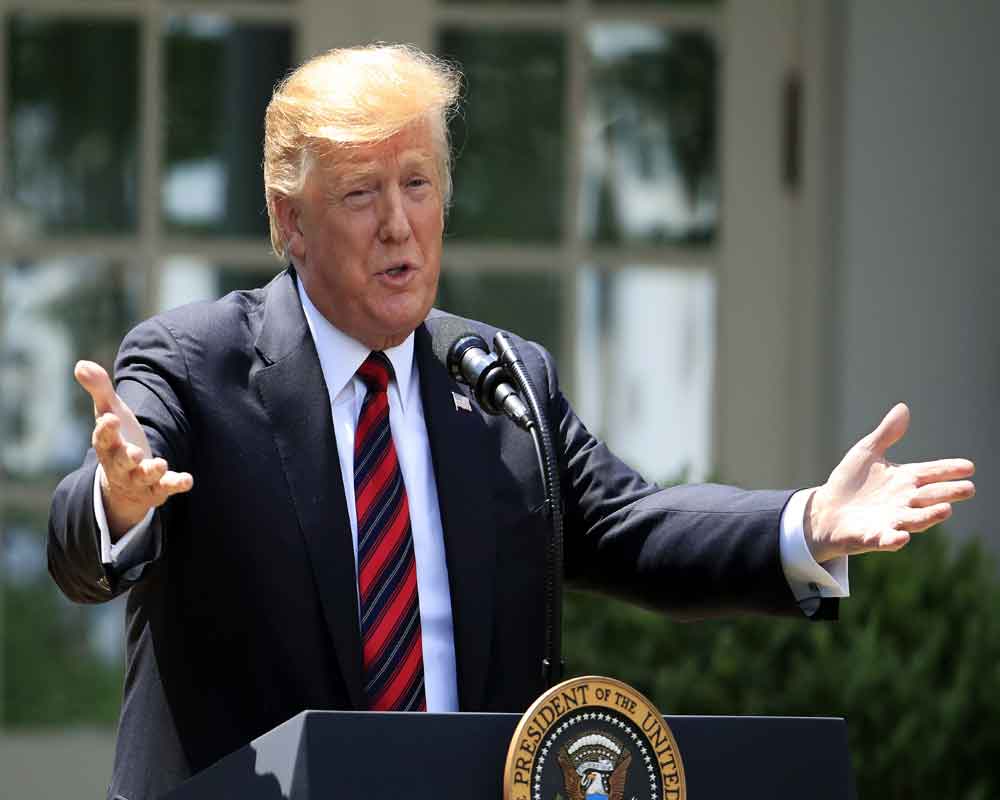 President Donald Trump has declared himself "strongly Pro-Life", days after two US states passed tough new restrictions on abortions, but said exceptions should be made for pregnancies resulting from rape or incest.

The US president spelled out his position on abortion -- set to feature prominently at next year's election -- in his first comments on the hot-button issue since Alabama's governor signed a near-total ban on the termination of pregnancy.

"As most people know, and for those who would like to know, I am strongly Pro-Life, with the three exceptions -- Rape, Incest and protecting the Life of the mother -- the same position taken by Ronald Reagan," Trump tweeted late Saturday.

Trump, who is seeking to expand on his conservative support ahead of his re-election bid, added: "The Radical Left, with late term abortion (and worse), is imploding on this issue. We must stick together and Win for Life in 2020."

Alabama's governor on Wednesday signed a near-total prohibition on abortions widely seen as the country's most restrictive ban, and the Missouri legislature on Friday made the procedure illegal from eight weeks of pregnancy.

Neither make exceptions for rape or incest -- only for cases where the mother's life is in danger.

Supporters hope that legal battles over the laws will reach the Supreme Court, as they pursue the long-sought conservative goal of overturning its landmark 1973 abortion ruling, known as Roe v Wade.

Roe v Wade guarantees women's rights to abortion as long as the foetus is not viable -- around 24 weeks of pregnancy.

Trump, a bombastic, twice-divorced billionaire, won over the evangelical vote during his 2016 campaign by promising to appoint anti-abortion justices at the Supreme Court.

He has since brought two conservative appointees to the highest court in the land -- Neil Gorsuch and Brett Kavanaugh -- shifting the balance of the nine-person bench.

In a series of tweets on the deeply polarizing issue, Trump said the US had "come very far in the last two years" on abortion, and praised "two great new Supreme Court Justices".

On Sunday, defenders of women's reproductive rights are set to march in protest against Alabama's new abortion law in four of the Southern state's cities, including the capital Montgomery.

"People should have the right to make the decisions that are best for their bodies without state interference," organisers said on Facebook.