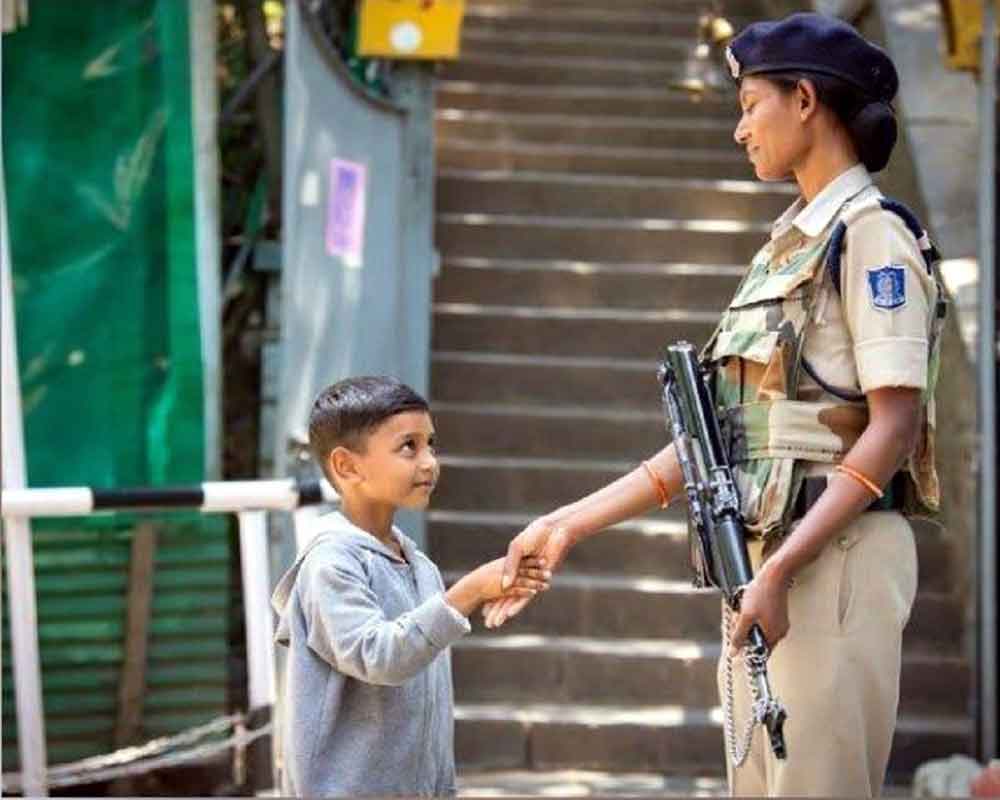 The photo has been liked by thousands on Twitter and retweeted by over 700 times.

Several Twitter users appreciated the adorable photograph. "This is the real India. We salute this spirit. Time will bring the required change in Kashmir,' a Twitter user said.

"This image will go long in all of our memory! Hats of to Women and Men in @crpfindia," he tweeted.

Notably, Prime Minister Narendra Modi has recently outlined his vision for a new, developed and prosperous Jammu and Kashmir.

In his first speech since the abrogation of Article 370, he said that Article 370 had deprived the people of J&K of the benefits of well-argued and well thought out central legislations meant for the entire country.

Talking of the Right To Education (RTE) Act, he asked why were the children of the state deprived of its benefits.