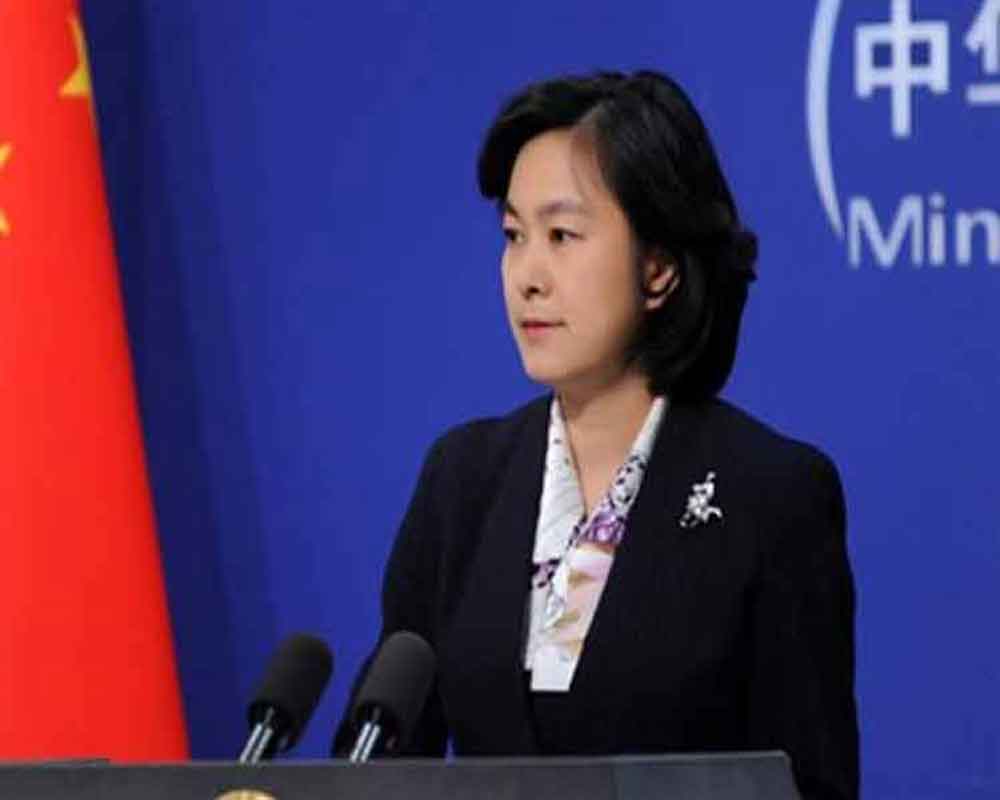 Asking India and Pakistan to exercise restraint, China on Tuesday said they should avoid actions that "unilaterally" change the status quo and exacerbate tensions between them as it voiced "serious concern" over the situation in Kashmir.

China also expressed its opposition to India's move to create a separate Union Territory of Ladakh.

The Indian government on Monday revoked Article 370 which gave special status to Jammu and Kashmir and proposed that the state be bifurcated into two union territories, Jammu and Kashmir, and Ladakh.

Asserting that China's position on Kashmir was "clear and consistent", Foreign Ministry spokesperson Hua Chunying said the issue is a legacy of history between India and Pakistan, which is also the consensus of the international community.

Hua, in a written response to queries on exchange of fire along the Line of Control and the Indian government's move to revoke Article 370 which gave special status to Jammu and Kashmir, said China is "seriously concerned" about the current situation in Kashmir.

"The parties concerned should exercise restraint and act with caution, especially to avoid actions that unilaterally change the status quo and exacerbate the tension," she added.

"We call on the two sides to peacefully resolve relevant disputes through dialogue and consultation and safeguard regional peace and stability," she said.

This is the second statement issued by China on the Kashmir issue in recent weeks.

On July 26, China said India and Pakistan should peacefully settle the Kashmir issue and other disputes through dialogue and expressed its support to the international community, including the US, in playing a "constructive role" to improve ties between the two countries.

The statement was issued in response to US President Donald Trump's offer to mediate between India and Pakistan to resolve the Kashmir issue during his meeting with Pakistan Prime Minister Imran Khan in Washington.

Over the years, China's official stand on Kashmir has been that it is an issue left over by history and should be properly addressed by India and Pakistan through consultation and negotiations.

In a separate statement, the Chinese foreign ministry spokesperson objected to the formation of Ladakh as Union Territory highlighting China's claims over the area.

"China always opposes India's inclusion of Chinese territory in the western section of the China-India boundary under its administrative jurisdiction," she said.

"This position is firm and consistent and has never changed. The recent unilateral revision of domestic laws by the Indian side continues to undermine China's territorial sovereignty, which is unacceptable and will not have any effect," she added.

She urged the Indian side "to be cautious in its words and actions on the boundary issue, strictly abide by the relevant agreements reached between the two sides and avoid any move that further complicates the boundary issue."

India and China have 3,488-km long Line of Actual Control (LAC) between them. The two countries have held 21 rounds of Special Representatives talks so far to resolve the boundary dispute.