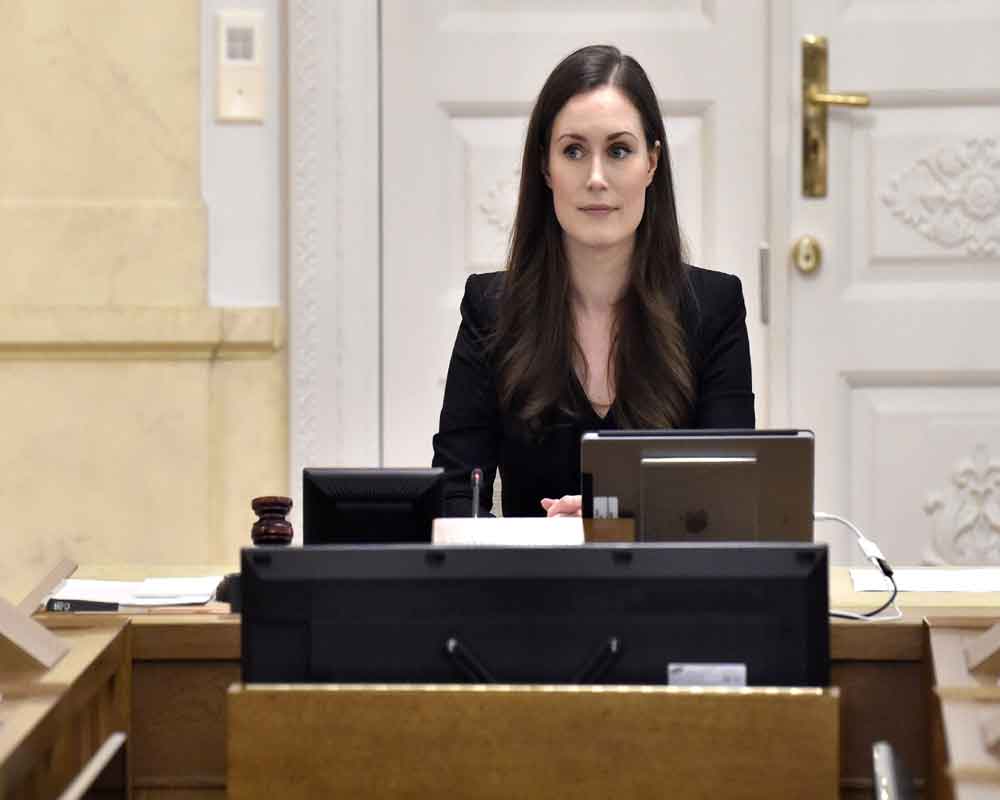 Marin is heading a five-party, center-left coalition. The four other parties in the coalition are headed by women — three of whom are in their early 30s.

The Nordic country's Parliament, the 200-seat Eduskunta approved Marin in a 99-70 vote. The government has a comfortable majority of 117 seats.

President Sauli Niinisto will formally hand Marin her mandate later on Tuesday, after which she will officially become prime minister.

The appointment of Marin and her new government on Tuesday allows Marin to represent Finland at the European Union summit in Brussels later this week. Finland currently holds the bloc's rotating presidency until the end of the year.

Having emerged as Finland's largest party in the April election, the Social Democrats were able to appoint one of their own to the post of prime minister in the Nordic nation of 5.5 million people.

The coalition of the Social Democrats, the Center Party and three junior partners has said they are committed to the government program agreed upon after the April election and will continue in Marin's new Cabinet.

Marin who was the No. 2 in the Social Democratic Party, takes over from incumbent Antti Rinne, who stepped down a week ago after a key coalition partner, the Center Party, withdrew its support, citing lack of trust.

Rinne has said he plans to continue as party leader until a party congress next summer.