GSP countries to benefit from trade war with China

GSP countries to benefit from trade war with China 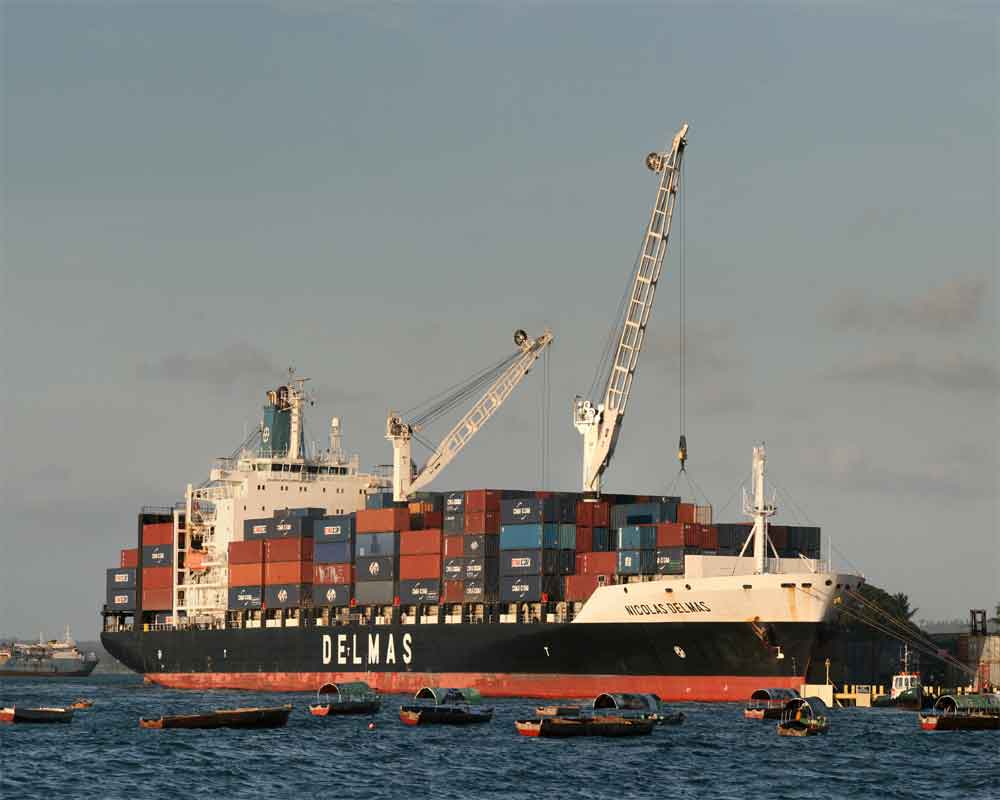 The year-long trade war with China is pushing American companies to source more from GSP countries such as India, Thailand, Cambodia, Indonesia and Turkey, a latest report said Tuesday warning that cancelling GSP benefits to India would only help China.

The Coalition for GSP, a group of American companies and trade associations, in a report on Tuesday said the latest official trade figures shows that the Generalised System of Preference or GSP saved American companies USD 105 million in March, an increase of USD 28 million (36 per cent) from March, 2018 and the second-highest level on record.

GSP is the largest and oldest US trade preference programme and is designed to promote economic development by allowing duty-free entry for thousands of products from designated beneficiary countries.

On March 4, President Donald Trump announced that the US intends to terminate India's designations as a beneficiary developing country under the GSP programme. The 60-day notice period ended on May 3.

According to the Washington DC-based Coalition for GSP, products hit by Section 301 tariffs when imported from China account for 90 per cent of increased GSP imports in 2019.

Noting that imports from China, subject to new tariffs, are down significantly, the coalition said countries from which GSP imports of products on China Section 301 lists have increased the most in the first quarter of 2019.

According to the report, India benefits the most from this.

GSP imports from Indonesia grew only twice as much on affected products, the report said. Yet, even here, growth rates are faster for products on the Section 301 lists: GSP imports of products affected by new China tariffs grew by 22 per cent, while imports of other products grew by 15 per cent.

"Not only would terminating GSP for India, Turkey or others under review (Thailand, Indonesia) hurt many American companies and workers that have relied on GSP for years, it would also reduce viable sourcing options for companies looking to buy less from China in response to Section 301 tariffs -- thereby undermining the president's own objectives," the coalition said.

In another report, the coalition said cancelling GSP for India would benefit China.

Referring to the results of a recent survey, the coalition said 30 per cent of companies would look to source more from China if GSP benefits went away.

While President Donald Trump has tweeted about raising tariffs on China to create additional negotiating leverage, terminating GSP for India would undermine it, it said.

For some products such as luggage, simultaneously ending GSP for India and raising List 3 tariffs from 10 per cent to 25 per cent would make Chinese products more competitive compared to India, not less, it said.

That is because there is a significant overlap between products imported from India under GSP and Chinese imports targeted by the Administration for Section 301 tariffs, it said.

Over 75 per cent of India's GSP imports are included on one of the Section 301 lists.

Given the head-to-head competition between India and China on many of these products, ending GSP for India would have the same effect as lowering tariffs on China, the report said.

"And we can see that the Administration's tariffs on China do seem to have impacted both imports from India under GSP and from China so far in 2019," it said.

"New tariffs on China presumably would amplify these trends -- but new tariffs on India would mitigate them. That puts the Administration at a crossroads: is increased leverage on China or India a higher priority? Because the data show you cannot raise tariffs on one without helping the other," the coalition said in its report.