Hong Kong police say they were attacked by explosive device

Hong Kong police say they were attacked by explosive device 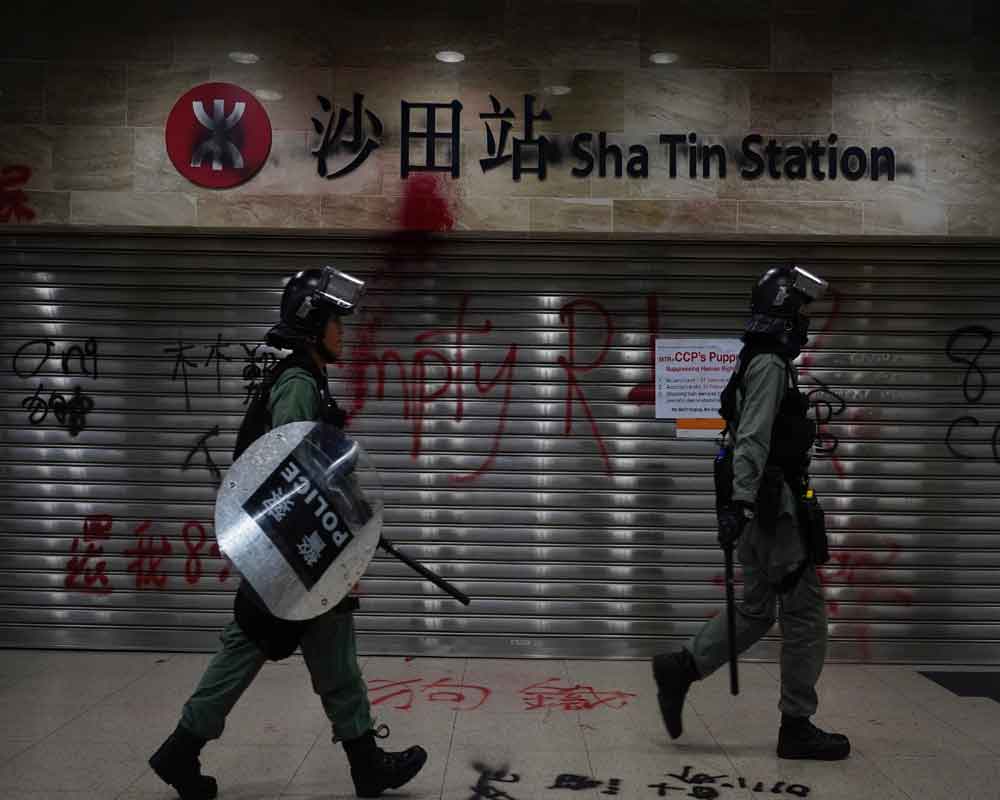 Hong Kong police say a homemade remote-controlled explosive device intended to "kill or to harm" police officers was detonated during violent protests across the territory on Sunday.

No casualties were reported. But Chin-chiu Suryanto, an officer with the police force's bomb-disposal unit, told a news conference Monday that the device was concocted with a "highly effective" explosive.

Speaking through a translator, he said there was "a loud thud" from the detonation Sunday night on a usually busy thoroughfare in Kowloon.

He said the use of an explosive device marked an escalation in violence seen during the anti-government protests, which are in their fifth month. He likened the use of such a device to "terrorist events" seen elsewhere in the world.