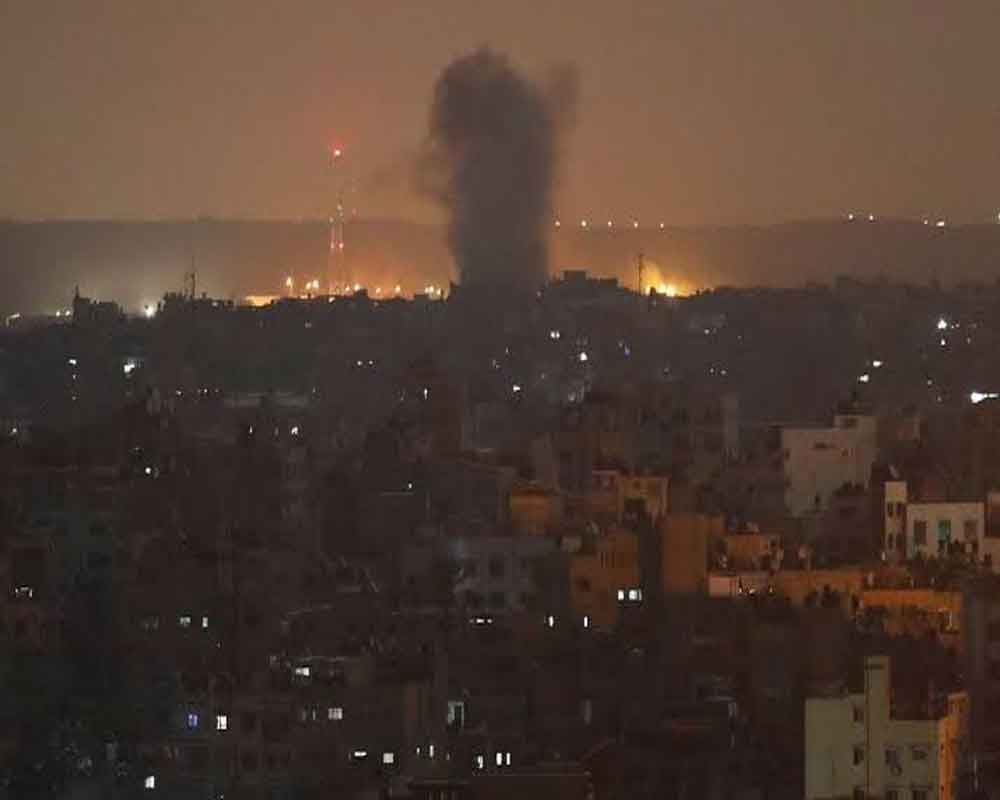 Israel carried out fresh strikes on Gaza targeting Hamas early Saturday after rockets were fired towards it from the Palestinian enclave, the army said, despite a ceasefire that began two days ago.

Unlike earlier operations, the army said the strikes did not target Islamic Jihad, but Hamas, which has de facto control over Gaza and so far has kept out of the violence that erupted this week.

"Two rockets were fired from the Gaza Strip towards Israeli territory" and were intercepted by air defences, the Israel Defence Forces (IDF) said.

The army added that it was "currently striking Hamas terror targets" in Gaza.

Palestinian security sources said the Israeli strikes were aimed at two Hamas sites in the north of the territory.

On Tuesday, Israel carried out an operation that killed a top commander of Islamic Jihad, the second most powerful Palestinian militant group in the Gaza Strip after Hamas.

Israel's military said around 450 rockets were fired at its territory in the fighting and air defences had intercepted dozens of them in fireballs high in the sky.

It then responded with its own air strikes, saying it targeted more Islamic Jihad militant sites and rocket- and missile-launching squads.

After two days of violence -- which left 34 Palestinians dead in exchanges of fire, with no Israeli casualties -- a ceasefire was agreed that was put in place on Thursday morning.

But the ceasefire has so far been precarious, with Israel launching fresh air strikes on Gaza and rocket fire coming from the enclave after it went into effect.