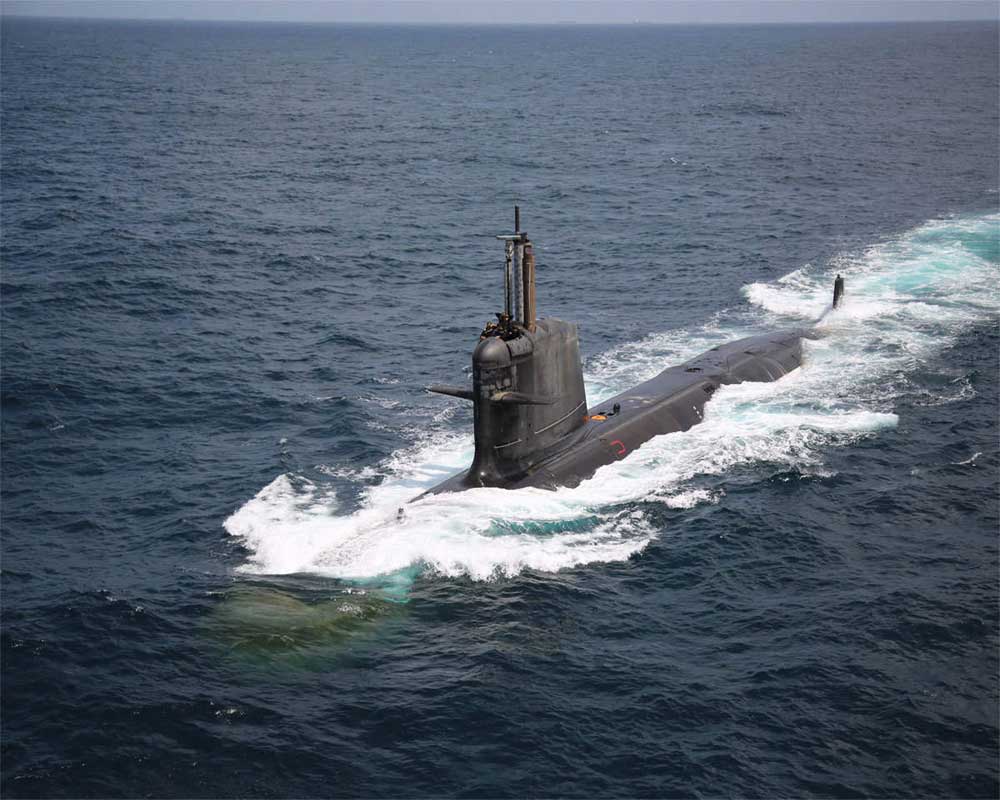 The Mazagon Dock Shipbuilders Ltd (MDL) handed over the second Scorpene submarine 'Khanderi' to the Indian Navy on Thursday, and the naval asset will soon be commissioned, the Defence Ministry said.

The third Scorpene 'Karanj' at MDL was started on January 31 last year. It is currently undergoing the rigorous phase of sea trials, while the fourth Scorpene 'Vela' was recently launched in May and is being prepared for sea trials.

The remaining two submarines -- 'Vagir' and 'Vagsheer' -- are in various stages of outfitting, the Defence Ministry said.

The Scorpene class of submarines can undertake multifarious tasks typically undertaken by any modern submarine that include anti-surface as well as anti-­submarine warfare.

The Acceptance Document was signed by Commodore Rakesh Anand, Chairman & Managing Director of the defence PSU MDL and Rear Admiral B Sivakumar, Chief of Staff Officer (Tech), Western Naval Command in the presence of MDL Directors and Navy personnel in Mumbai.

"The submarine would soon be commissioned into the Indian Navy," the Defence Ministry sid.

The submarine 'Khanderi' is named after the wide snouted saw fish, a deadly sea predator of the Indian Ocean.

'Khanderi' was commissioned into the Indian Navy on December 6, 1968 and decommissioned on October 18, 1989 after more than 20 years of service.

"Building of the Scorpene was indeed a challenge for MDL, as the complexity of the simplest of tasks increased exponentially due to all work having to be done in the most congested of spaces.

"This complexity was further aggravated by the stringent tolerances required to be achieved. However, all of these challenges were accepted head-on and successfully overcome by MDL, without any compromise in quality whatsoever," the statement said.

Two SSK submarines built by MDL in 1992 and 1994 are still serving the Indian Navy after more than 25 years.