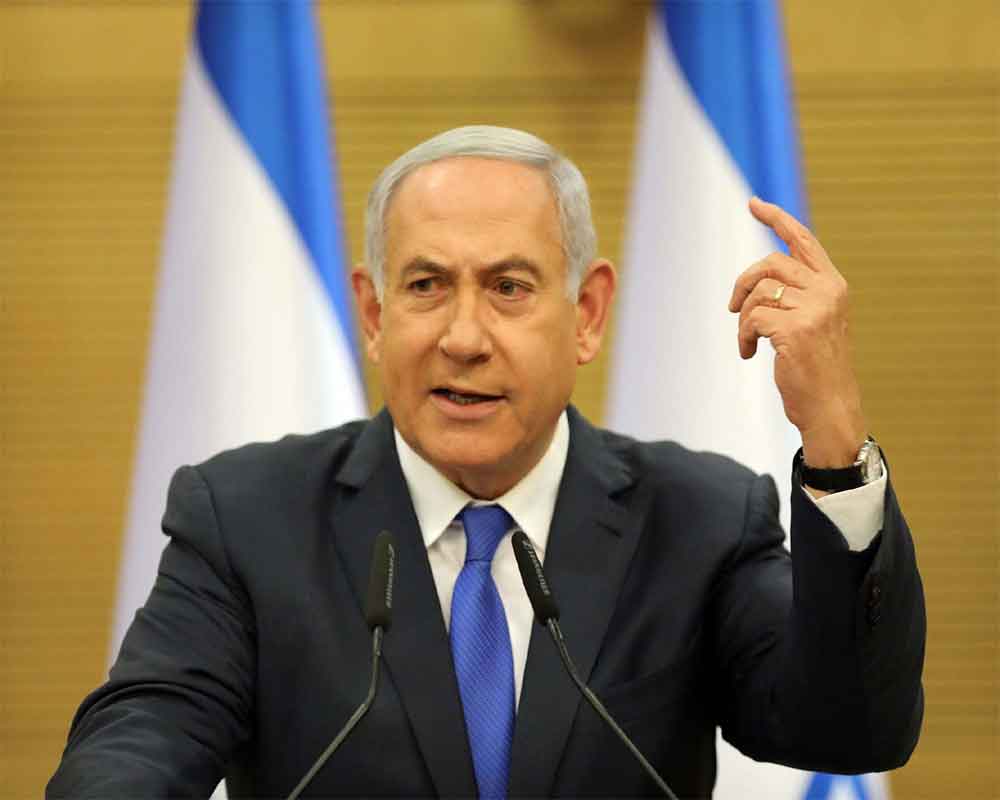 Israeli Prime Minister Benjamin Netanyahu said on Monday that Iran should be immediately hit with sanctions if it surpasses a uranium stockpile limit set under the 2015 nuclear deal.

"Should Iran make good on its current threats and violate the nuclear agreement, the international community will need to immediately impose the sanctions regime that was agreed upon in advance, the 'snapback sanctions'," Netanyahu said.

Iran's atomic energy organisation spokesman Behrouz Kamalvandi said Monday his country intended to surpass the 300-kilogram reserve of enriched uranium in 10 days, but would reverse the move "once other parties live up to their commitments".

On May 8, President Hassan Rouhani said Iran would stop observing restrictions on its stocks of enriched uranium and heavy water agreed under the 2015 nuclear deal.

Rouhani said the move was in retaliation for the US decision to unilaterally withdraw form the accord last year and impose tough economic sanctions on the Islamic republic.

Speaking at a ceremony in Jerusalem, Netanyahu said he was not surprised by Iran's declared intention to increase its uranium enrichment beyond the deal thanks to intelligence obtained in a 2018 operation.

"When we brought the secret nuclear archive from Teheran to Israel, we discovered the extent to which Iran has violated its promise to the international community -- its promise to report truthfully on its nuclear programme," he said.

"In any case, Israel will not allow Iran to achieve nuclear weapons," said Netanyahu, who backed US President Donald Trump's decision to pull out of the 2015 Iran nuclear deal.

Iran denies its nuclear programme has military aspects. Its arch-enemy Israel is believed to be the Middle East's sole nuclear power but it has long refused to confirm or deny that it has such weapons.