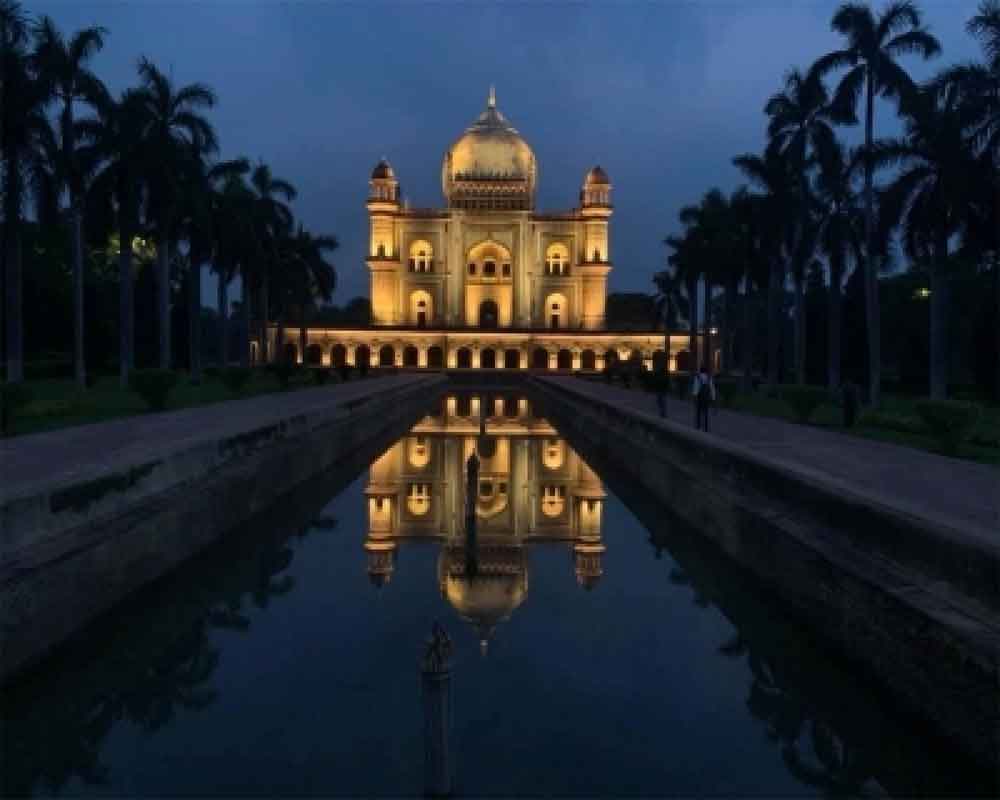 Delhi's evenings got a bit more attractive with the 'architectural illumination' of the historic Safdarjung Tomb on Friday.

"Over the centuries, the Safdarjung Tomb has been a testimony to the rich archaeological heritage of Delhi. Today, it is a magnificent example of the Incredible India.

The Archaeological Survey of India has previously undertaken similar initiatives at the Red Fort, the Humayun's Tomb, and the Purana Qila in Delhi.

Qutub Minar and Tughlaqabad Fort are also expected to be upgraded.

The arches and minarets of the 18-century Mughal-era monument, the Safdarjung Tomb, will now stand awashed in the light of 213 "technologically advanced LEDs".

The lights will consume 62 per cent less electricity, the minister said.

The tomb will be illuminated from 7:00 PM to 11:00 PM daily and it will cost the government Rs 8,880 monthly, the ministry said in a statement.