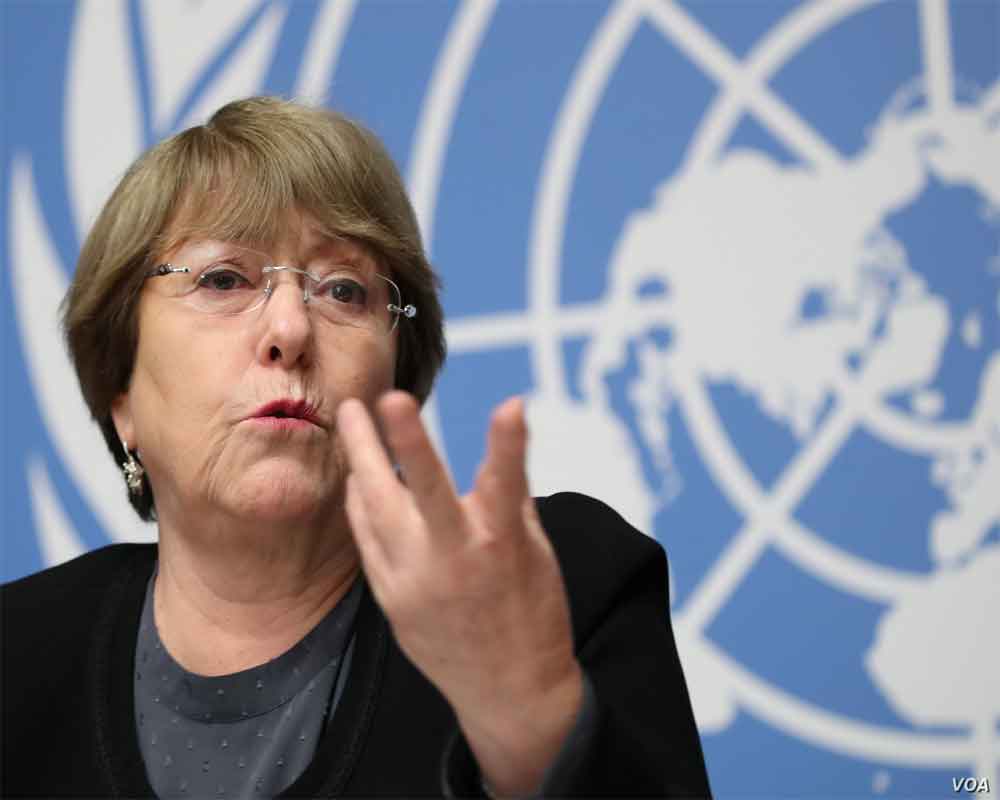 The UN rights chief on Thursday intensified criticism of US sanctions targeting Venezuela, condemning the latest measures as "extremely broad" with the potential to exacerbate suffering among an already vulnerable population.

In the new measures, President Donald Trump's administration ordered a freeze on all Venezuelan government assets in the United States and barred transactions with its authorities.

"I am deeply worried about the potentially severe impact on the human rights of the people of Venezuela of the new set of unilateral sanctions imposed by the US this week," Bachelet said in a statement.

"The sanctions are extremely broad and fail to contain sufficient measures to mitigate their impact on the most vulnerable sectors of the population," she added.

Bachelet, a former president of Chile, noted that the latest sanctions included exceptions for transactions related to certain food, clothing and medicine.

"However, they are still likely to significantly exacerbate the crisis for millions of ordinary Venezuelans," she said.

Venezuela -- wracked by a devastating economic crisis despite vast oil wealth -- has been mired in a political impasse since January when Juan Guaido, speaker of the National Assembly, proclaimed himself acting president.

He is now recognised as Venezuela's leader by more than 50 countries, including the US.

Bachelet has criticised Maduro's government, notably over its violent crackdown on protests, but stressed that previous US sanctions imposed in 2017 and in January of this year had made the "dire crisis" in Venezuela even worse.