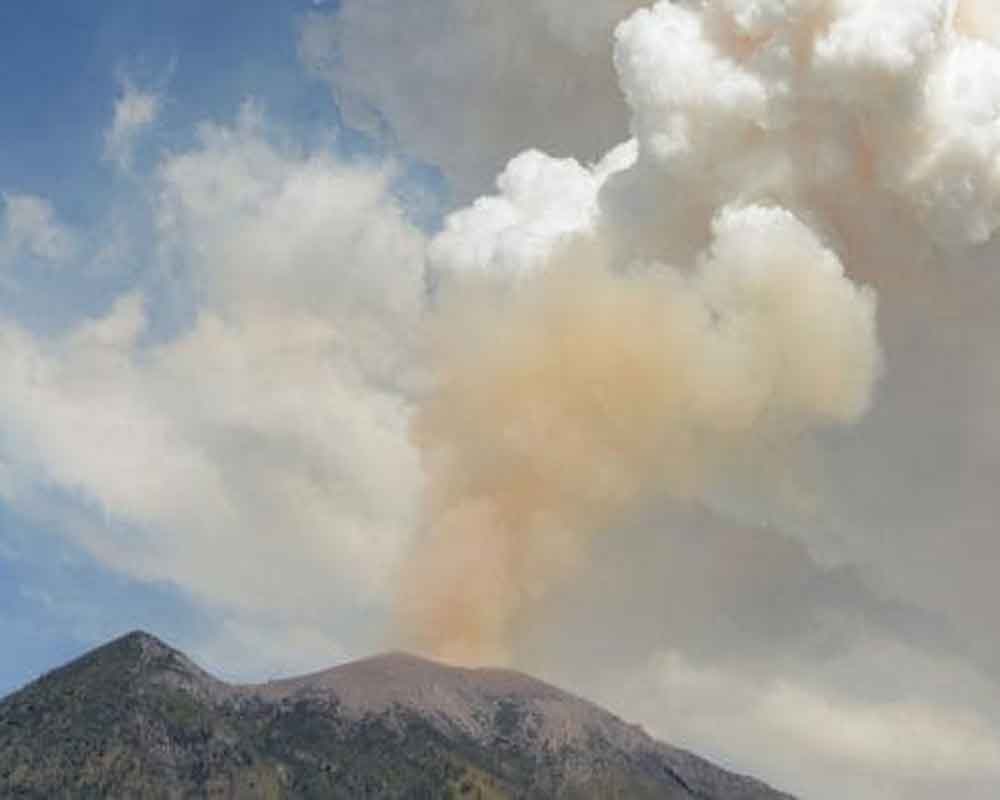 Bali's airport has cancelled flights following an eruption of the Mount Agung volcano that spread ash over the south of the Indonesian island.

The national disaster agency said the eruption Friday night lasted about four minutes and 30 seconds and spread lava and incandescent rocks about 3 kilometers from the crater.

But the agency said it wasn't raising the alert level for the volcano and its exclusion zone remains a four kilometre radius around the crater.

The Directorate General of Air Transportation said four flights to Bali were diverted and five flights out of the popular tourist destination were cancelled because of volcanic ash.

Agung became active again in 2017 after more than a half century of slumber following a major eruption in 1963.