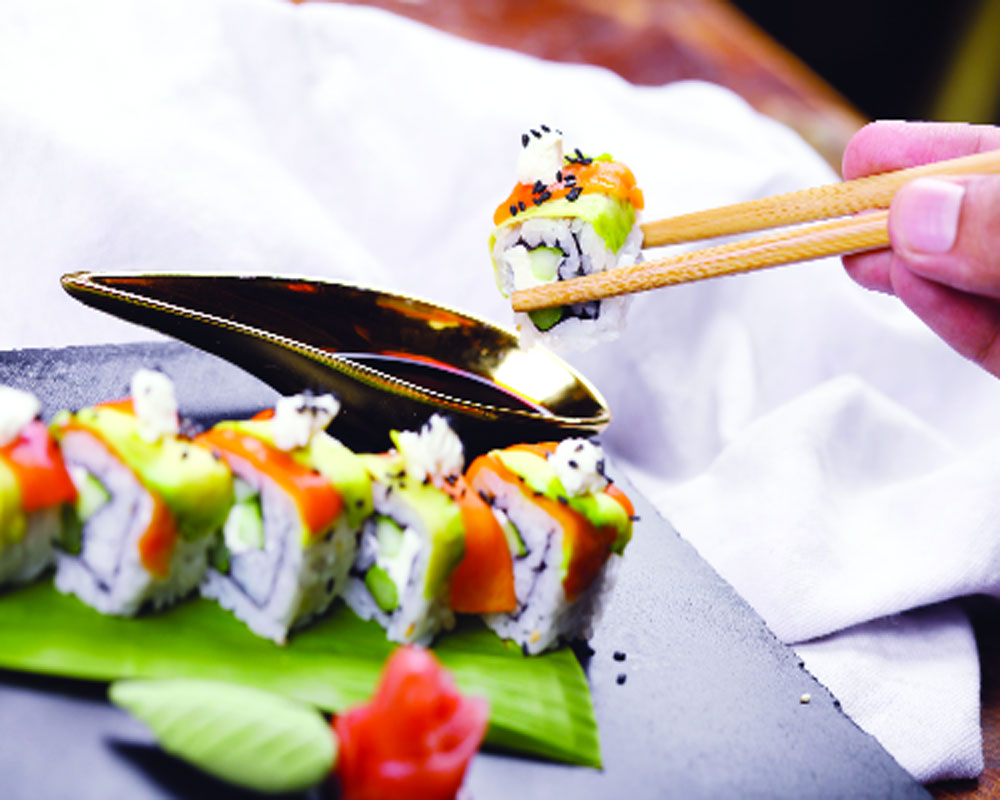 Of late, Aerocity has evolved as Delhi’s favourite party spot, which perfectly caters to those who are looking for a place to simmer down over weekends. An entrant which has been making waves, stiffening up the competition further is The Imperfecto Shor Café at Hotel Pride Plaza. The place promises to transport you back to the Renaissance era. Designed by Nuria Rodriguez Parra, the decor of the Goth-inspired café borrows heavily from the Romanesque architecture from 17th to 18th century. Brick walls, broken windows, vintage portraits, hand-made, rustic chandeliers and large castle doors, this place is delightfully nostalgic, yet has a new-age vibe. Finally, the industrial detailing and warm hand-made lights impart the café a distinctive character. There is no dearth of theme-based cafés in the city but Shor’s attention to detail is certainly creating some shor (noise) among the guests.

The carefully-curated menu by chef Akansha Dean took us on a journey through Europe, America, Asia and even India, giving heart-felt comfort food. What caught my attention were the names of dishes which were inspired by 18th century iconic poets, rulers and famous scandals.

To beat the heat, I began my meal with Helen Charlotte’s Heavenly Spirit, a watermelon salad. Served in a bowl made of engraved marble, the presentation of the salad was appealing as the brightness of the watermelon was in stark contrast with the background. Though the Greek combination of watermelon and feta was classic, where the tanginess of the cheese was balanced by the sweetness of the fruit, it was the raspberry dressing that gave it a tarty twist. The perfect fruit-cheese-arugula combination whetted my appetite for more.

Next up was the Royal portal, which were classic Spanish croquetas with chicken filling. Served in a round white plate with onion dip, the presentation was dim but the first bite was enough to reveal that they were cooked to perfection. While the roll was crisp on the outside, the filling of chicken was soft and creamy. The marination of the chicken was well-done as it imparted the flesh a creamy texture, with a bit of tanginess.

Having dug deep into the Mediterranean fare, I travelled all the way to Asia in a matter of minutes. Since the place has an eclectic range of vegetarian and non-vegetarian sushi, I decided to order a spicy salmon roll. The dish arrived on a black rectangular tray, perfectly showcasing the vibrant colours of the different elements. The portion size was more than adequate as eight pieces were served in a single portion. I loved the meticulous preparation that went into each layer. The cucumber and onion bits topping added crunch to each bite. I devoured the dish as it was like an explosion of multiple flavours in my mouth.

I ordered Aamchi Aam, the bartender’s recommendation. The drink scored high on presentation as it was served in a bronze glass, resonating with the café’s theme. The drink was a joyful mix of aam panna, litchi juice, served with a pinch of kaffir lime. The almond pistachio mango ice-cream floating on the drink was like cherry on the cake. The tanginess of the panna and the sweetness of litchi juice created a perfect balance where neither of the two strong flavours overpowered the other.

Moving to the main course, I stuck to my Indian roots and ordered Dal-e-shor and Shor’s royal murg makhani, the restaurant’s version of classic North Indian butter chicken. There was butter naan to accompany. Served in identical golden bowls, the dish’s flavours remained true to the original. The taste reminded me of a typical Punjabi dhaba, a rarity in cafés.

Finally, it was time for desserts. On the chef's recommendation, I ordered the Quinoa fruits pudding. To give the dessert an Indian touch, the high protein quinoa was cooked like a kheer which was topped with seasonal fruits like mango, apple and melons. The flavours of the fruits imparted the quinoa a mild sweet taste. Indeed, the dessert was a refreshing and fruity ending to my meal.

While the food scored full marks on its satiety value, we loved the service. The staff was professional and well-trained. And this courteous behaviour was not confined to the serving staff. Every now and then Chef Akansha took time off from the kitchen to interact with guests in order to make them more comfortable and find out their preferences. So let us create some shor.