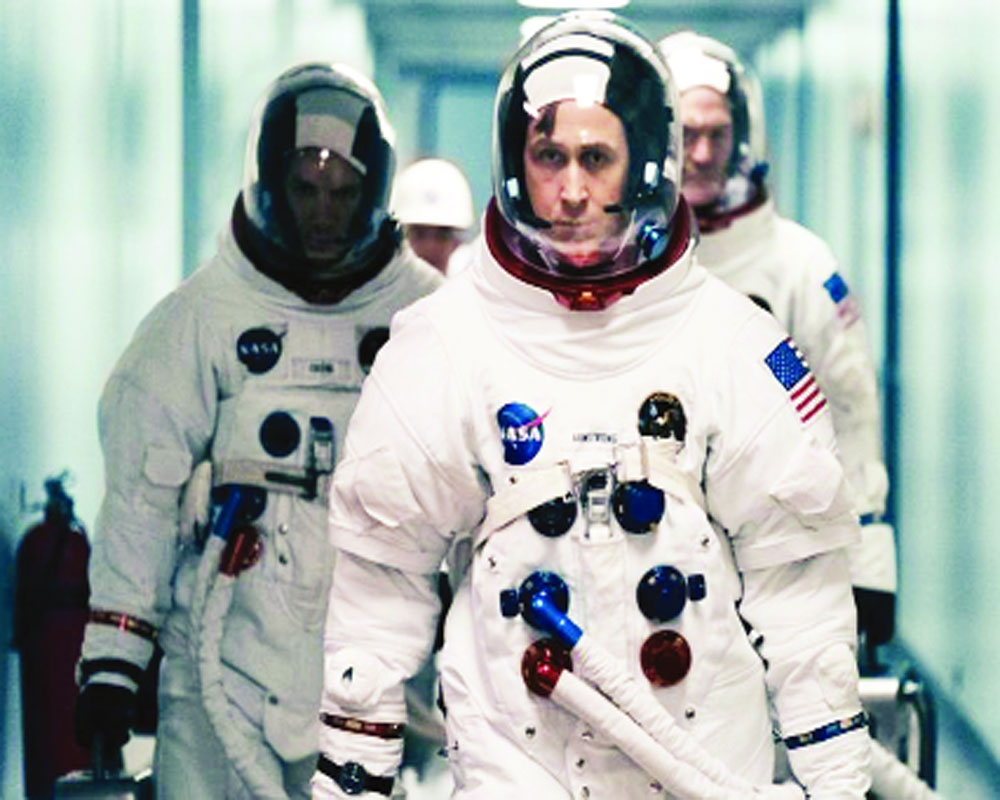 As Apollo 11 completes five decades, actors Corey Stoll and Ciarán Hinds describe the event as unimaginable and extraordinary, feeling overwhelmed to be a part of First Man

What can the audience expect to see in your portrayal of Buzz Aldrin?

Corey: Buzz Aldrin will be seen as a man who is at the height of his pride and accomplishments. Even in the film, there is a moment right after when we land on the moon, where he is overwhelmed with post-partum depression. Having said that, I think it was truly exciting to follow this guy through the success of Apollo 11.

What is exceptional about the set design? Since there might be a pressure to bring a true story to life, what were the difficulties you faced during the shoot?

Corey: The film is special in terms of the level of reality and un-glamourousness of its set design. They have got even the minutest details right. For example, the command module paint had been chipped off and the leverage in the ship had a bend towards certain degrees. It’s not a science fiction story at all rather an account of history.

Director-actor relationship is crucial to a film. How was your experience working with Damien Chazelle for the first time?

Corey: Damien knows exactly what he wants, which is the most important thing for a director. He is well-researched and is always prepared for a challenge. So whenever unexpected things come up, his spontaneity comes handy and he is able to go around them easily. He has an incredibly strong structure of preparation and is an actual joy to work with.

The phenomenal Human Moon Landing is archived and is being easily accessible on the internet for a second-hand experience. Do you have any personal accounts of the time?

Ciaran: I guess it would have happened at the time when I was 15 or 16 years old. And given the magnitude and importance of the event, the information was unavoidable. I do have the memory of it being absolutely extraordinary. It could perhaps have been because I come from Ireland and such an incident was almost beyond our imagination. It seemed alien and wholly unreal. Despite it being years ago, its excitement, the positivity around and also the prospects of future possibilities is as clear as day even now.

What was your first impression of your character Bob Gilruth?

Ciaran: My first impression of Bob Gilruth, known as a silent man, was that he was more of a behind-the-scenes guy. In the film, he is the director of the space centre, the most brilliant and dedicated of the lot. He is responsible for picking people who in turn choose other people who would work out. They have a big pattern and he’s just there, not in the capacity of a liaison officer but as someone with an overview of how all the different departments put things together.

The success of Apollo 11 was unpredictable. How would you describe the statement prepared in case the mission had failed?

Ciaran: ‘It’s exceedingly beautiful and might even translate as Shakespearean — poetic and epic. In fact, it has acute similarities to Rupert Brooke’s sonnet, The Soldier, which revolves around World War I,’ this was an announcement that would have been made had Neil Armstrong, Buzz Aldrin and Michael Collins not made it back successfully.

(The film will premiere today at 1 pm and 9 pm on Sony PIX and AXN.)