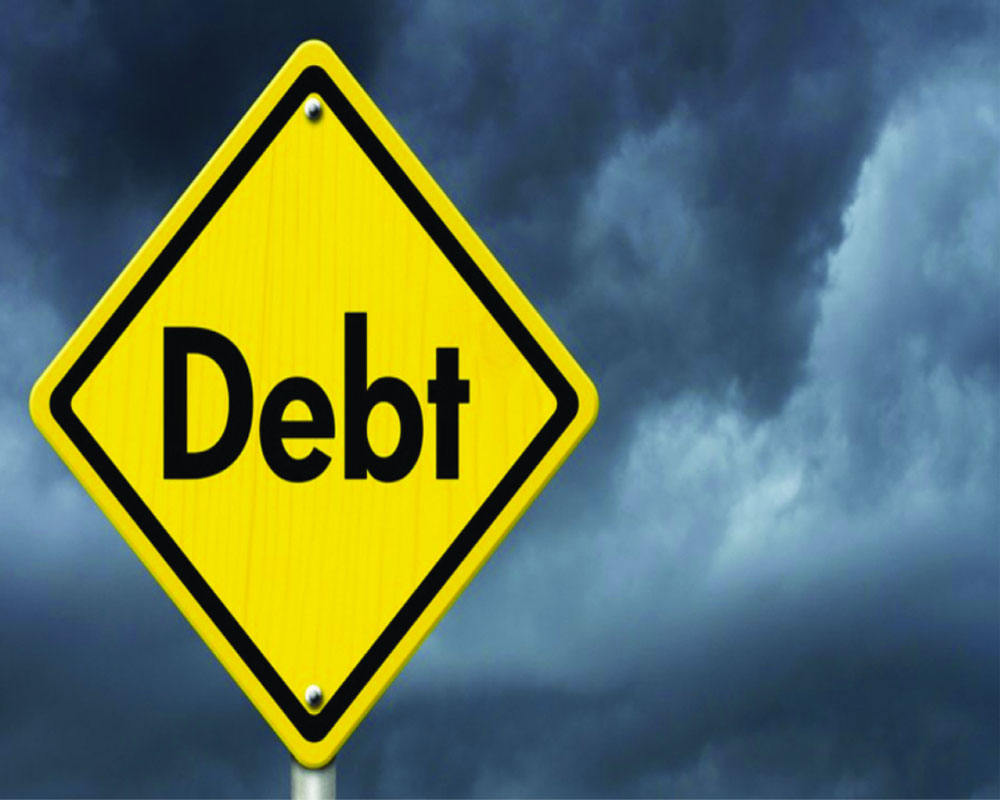 With the Govt having recapitalised PSBs with Rs 2,65,000 crore in the last three financial years alone, it makes no sense to pump in more of the taxpayers’ money into NPAs

Even as the efforts made by the Narendra Modi Government — including an asset quality review (AQR) by the Reserve Bank of India (RBI), enactment of the Insolvency and Bankruptcy Code (IBC), amendment of the Banking Regulation Act (BRA) and massive capital infusion in public sector banks (PSBs) — were beginning to yield results in terms of reduction in non-performing assets (NPAs), the crisis triggered by Covid-19 has turned the clock back.

According to a report by India Ratings and Research (Ind-Ra), the impact of the pandemic and the associated policy response are likely to result in an additional Rs 1,67,000 crore of debt from the top-500 debt-heavy private sector borrowers turning delinquent between 2020-21 and 2021-22. Together with Rs 2,54,000 crore anticipated prior to the onset of the pandemic, the cumulative quantum will be Rs 4,21,000 crore. As a proportion of outstanding debt, NPAs will increase from 11.57 per cent to 18.21 per cent.

Ind-Ra has also projected a scenario wherein funding markets would continue to exhibit heightened risk-aversion. Under this, the corporate stress could increase further by Rs 1,68,000 crore, taking cumulative NPAs to Rs 5,89,000 crore by the end of 2021-22. This is 20.84 per cent of outstanding debt. To deal with the situation, in May the Indian Banks Association (IBA) had submitted a proposal for setting up a “bad bank” to the Ministry of Finance (MoF) and the RBI, proposing equity contribution from the Government of India (GoI) and banks.

A “bad bank” buys the NPAs and other non-liquid holdings of other banks and thereby helps clear their balance sheets. In 2018, a committee headed by the former Chairman, Punjab National Bank (PNB), Sunil Mehta, had recommended setting up of an asset management company (AMC) to be named ‘Sashakt India Asset Management’ for fast track resolution of large bad loans. Now, the IBA has resurrected the idea.

Before analysing the proposal, it is important to take stock of what all was done in the last five years or so to deal with NPAs. First, it was a scheme nicknamed ‘5/25’ introduced in December 2014, under which maturity of loans given to infrastructure companies could be extended up to 25 years. Second, in June 2015, this was followed by a scheme for ‘Strategic Debt Restructuring (SDR).’ Under SDR, banks could convert debt into equity and take control of a company and sell off its assets. They were required to sell the assets within 18 months from the day of taking control; if within this deadline they could not, full provision had to be made for writing off the debt.

Third, in 2016, under a ‘Scheme for Sustainable Structuring of Stressed Assets (S4A)’ for large accounts involving borrowings of Rs 500 crore or more, where no malfeasance was seen, lenders were required to first segregate the existing debt of a company into “sustainable” (the share which can be serviced with subsisting low cash flow) and “unsustainable”, which can’t be serviced. The unsustainable portion (up to 50 per cent of total debt) was to be converted into equity shares.

The underlying theme in all the three schemes was to make banks bear the brunt and let borrowers go scot-free. In the first, this was via indefinitely deferring repayment whereas, in the second, the entire outstanding debt was condoned by converting this into equity. In the third, even as 50 per cent of the total debt was condoned, for the balance 50 per cent, no credible mechanism was proposed to recover the money. Even so, with a promoter reduced to minority status, s/he won’t have much interest left in running the company for generating the required cash flow.

The outcome was there for all to see. Under ‘5/25’ and ‘SDR’, the banks were stuck with dud assets even as the ‘S4A’ failed to take off. On February 12, 2018, the RBI abolished all the three schemes and came up with a broad circular. For accounts with aggregate exposure of Rs 2,000 crore and above, the circular required that as soon as there was a default in the account with any lender, all lenders — singly or jointly — shall initiate steps to cure the default by preparing a resolution plan (RP). The RP approved by all lenders had to be readied within six months from the default date. If the deadline was missed, proceedings under the IBC would be initiated by referring the case to the National Company Law Tribunal (NCLT) which would get six months to complete the resolution process.

This indeed was the way to go. The mechanism under the IBC yielded good results with dozens of NPA accounts resolved and lenders recovering over Rs 3,00,000 crore. But the circular was quashed by the Supreme Court (SC) on April 2, 2019. On June 7, 2019, the RBI issued a revised circular. Under it, from the day an account is in default, lenders get 30 days to enter into an inter-lender agreement (ILA) to decide on a RP.

Unlike the 2018 circular, which set a deadline for finalising the RP, this order prescribes no time limit. It only requires banks to make an additional provision of 20 per cent if the RP is not ready within 180 days and a further 15 per cent if not ready within 365 days. The plan has to be approved by 75 per cent of the lenders by value and 60 per cent by number. If lenders don’t come up with a plan even at the end of 365 days and refer the account to the NCLT then, the provisions can be reversed viz. 50 per cent of it at the time of initiating the proceedings under the IBC and the balance when the case is admitted by the tribunal. In short, the June 2019 circular gives a free hand to lenders in coming up with a RP. It has rendered the resolution under the IBC dysfunctional. If the account is not referred to the tribunal in time, how will the IBC process work?

The lockdown necessitated by the pandemic and consequential policy actions by the RBI, viz. granting a moratorium on loan repayments and exclusion of the moratorium period for the purpose of declaring the account an NPA, have only worsened matters. In this backdrop and with the quantum of NPAs threatening to increase sharply, the worry of banks is understandable. Hence, the idea of a “bad bank” has been revived.

As mentioned earlier, a “bad bank” buys the NPAs of other banks. The most crucial component of this arrangement is the value at which the loan account is transferred from the latter to the former. From the IBA’s proposal, which wants the GOI to be a majority shareholder, it would appear that banks are keen on securing maximum value for the assets transferred to the bad bank.

Put simply, the banks don’t want to make any efforts on their own (coming up with a RP) and won’t let the account go under the hammer as that would entail huge provisioning (50 per cent for secured loans and 100 per cent for unsecured loans). Instead, they expect the “bad bank” to take upon itself the onus of recovering the money from delinquent borrowers. Even if it is unable to recover (a more likely scenario) and gets into trouble, the sovereign Government — being the majority shareholder — will eventually foot the bill. This is not a healthy proposition. If ultimately the Government has to bear the brunt, this can be done even while bad loans remain in the bank’s books. There is no need to create a dedicated bank and incur the additional cost associated with it.

There are three strong reasons why the Government must not accept this proposal. First, having already recapitalised PSBs (during the last three financial years alone, it has infused Rs 2,65,000 crore), it makes no sense to pump in more of the taxpayers’ money which is what a GOI-sponsored “bad bank” will tantamount to.

Second, already, there are many asset reconstruction companies (ARCs) in the private space which are better-equipped to handle stressed assets; why create another institution? Third, setting up a “bad bank” will bring to nought all efforts that have gone into the IBC process and seriously undermine it.

Instead, the Union Government and the RBI should take measures to strengthen the IBC process. The way forward is to fix a timeline for banks to come up with a RP. It was there in 2018 and needs to be restored. As for the Supreme Court’s concern that “the RBI does not have legal authority to issue a generalised order”, this can be taken care of by the latter giving directions on “specific cases” — under the authorisation from the GoI — as the former has upheld the legal validity of Section 35AA of the amended BRA in its order of 2019.