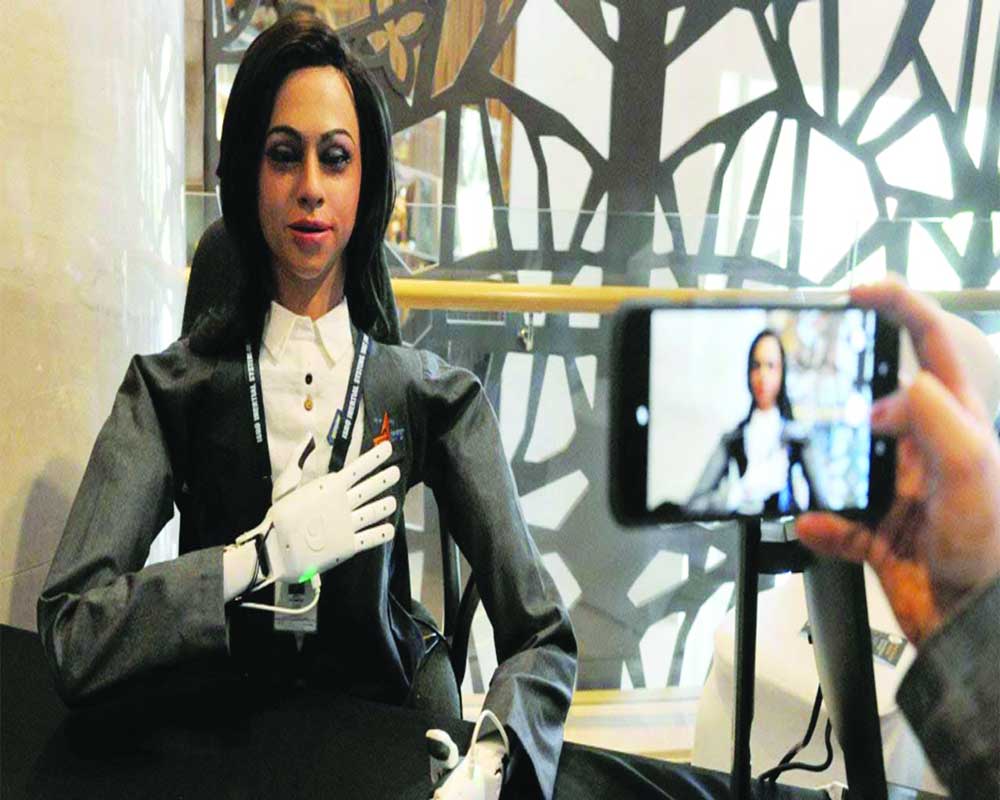 ISRO is using a half-humanoid robot to smoothen out creases for Gaganyaan, our manned mission

So what if we have to wait awhile to send an Indian woman into space, we have a half-humanoid robot in the shape of one doing so. And she will test-pilot drills for our first manned mission as part of the Gaganyaan project. The Indian Space Research Organisation (ISRO) will be sending Vyommitra to mimic humanistic functions in the spacecraft, even converse with intended astronauts and respond to their queries. This preparatory drill is being done to ensure that Indian astronauts can complete their historic manoeuvre without a glitch. India though is not the first nation to send a robot into space to ensure safety of manned flights. NASA had sent Robonaut 2 to the International Space Station (ISS) in 2011 and Japan’s Kirobo had landed there in 2014. Advanced versions are being developed to do a recce for human settlements. Post the failed lunar mission last year, ISRO seems to have learnt its lessons well and is proceeding with extreme caution with AI-aided dry runs.

While the nation would rather not talk about Chandrayaan 2 simply because its rover failed to land on the dark side of the moon, it has had its own success. Forget the lost rover, at the end of the day, it is indigenously developed and manufactured and is testimony to not only R&D and innovation but the ability of home-grown companies to expand capabilities. The Gaganyaan is a logical follow-through of this mission. India has already set a benchmark in PSLV and GSLV launches. It recently launched the high-power communication satellite GSAT-30. This is expected to provide improved coverage and will enable Indian broadcasters to air content in the Middle East, Australia and other parts of Asia, widening the arc of our soft diplomacy. The commercial satellite launch market is estimated to be $30 billion by 2025 and ISRO is certain to be a top player in it. With Vyommitra, ISRO hopes to expand  its ability to analyse data and ensure trajectory and payload optimisation for bigger missions. NASA is using AI for its next rover mission to Mars, too. But then a word of caution here. Robots aren’t heroes. As much they promise a new era in space exploration, they must ascend the curve with utmost care.