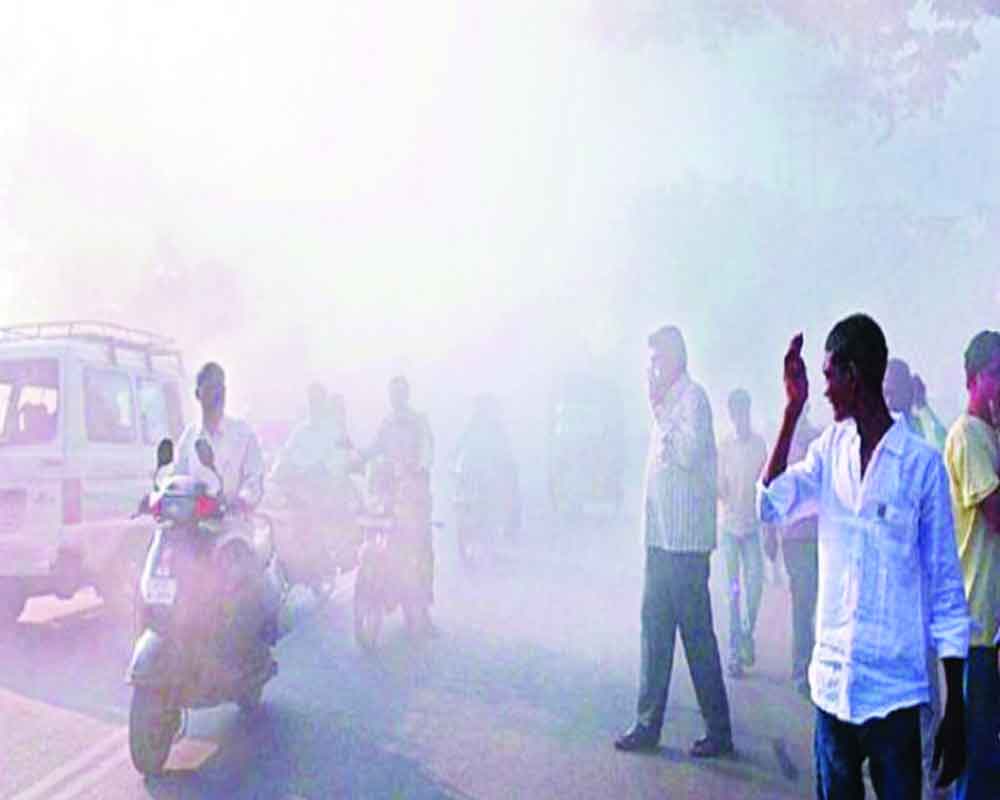 COPD is often overlooked but is a serious health threat. Given that pollution is one of the leading causes of this ailment, the Government must roll out specific and targetted programmes that can mitigate its prevalence

A spike in chronic obstructive pulmonary disease (COPD), coupled with an increase in asthma attacks, is a cause for concern. Both diseases are soon to become new indicators for spiraling pollution levels, especially in the National Capital Region (NCR). One reason for the worsening health of the citizens is the deteriorating Air Quality Index (AQI) levels. This can be gauged from the fact that the World Health Organisation (WHO) specifies 60 as the advisable limit in urban areas for AQI. But Delhi consistently shows an AQI of 400 or even more on most days.

Interestingly, air pollution was not on the agenda for any political party in the just-concluded elections in Delhi. None of the contesting parties touched upon this issue in a detailed manner.

The spectacular win of the Aam Aadmi Party (AAP),  too, hinged on a host of other issues and had little to do with air pollution. The ruling party, too, does not have any clue as to how it can rein in runaway pollution levels. All of this points towards a grim healthcare scenario for the citizens of Delhi in the days to come. As the Central and the State Governments flounder with their policies that are ineffective in maintaining a healthy air quality, the young and the elderly continue to spend more time in hospitals.

Diseases such as bronchitis, COPD and lung cancer have a direct relationship with the air people breathe. Apart from this, every year during winters, there is a noticeable jump of at least 30 per cent in patients with respiratory complaints arising due to air pollution. With people becoming a victim of the specter of worsening air quality, it is puzzling as to why the Government has failed to take immediate remedial measures. To understand the extent of the issue, the Government must commission a fact-finding panel to quantify the loss to health and commerce due to pollution levels. Surely, the panel will come up with some shocking numbers. This is evident from the fact that a recent study by an NGO showed that nearly 100,000 children under five years of age succumb to severe air pollution every year.

As the national capital heads into ICU, thanks to worsening ambient air quality, the authorities have remained a mute spectator as the victims themselves. There is an urgent need to galvanise the concerned departments into action before the price for inaction becomes too much to bear and takes the form of a public health emergency.

So, what is ailing India, especially Delhi? Respiratory diseases, especially COPD, come hard on financial resources. According to a report by the National Commission for Macroeconomics and Health (NCMH), India already spends Rs 32,000 crore annually for treating COPD patients. This shows the disease burden, both health wise and on the economy as well.

Given these difficult conditions, the Government must roll out a comprehensive programme that is directed specifically towards respiratory diseases that are triggered due to any kind of pollution. The programme must factor in threat factors, diagnosis challenges and identify risk factors, too. Tests and diagnosis are an important aspect for treatment.  Many patients suffering from COPD escape detection until it’s too late.

Diagnosis that establishes the presence of COPD includes spirometry tests which are not usually available in many hospitals and primary healthcare centres. To get a grip on respiratory disorders, the State Government in Delhi can start a door-to-door healthcare initiative that is specially aimed at children and the elderly. Under this initiative, volunteers of the health department can visit households, conduct spirometry tests, take notings and, thus, identify the disease before it takes a heavy toll.

The “Health at your Doorstep” initiative of the Government will go a long way in restoring faith of the people and help them understand the importance of health parameters. Based upon the success of this pilot programme, it can be rolled out in other States, too. Efforts of the authorities and the Government will be useful only when they translate to saving the lives of the people. This should be the main focus of any Government initiative. The Government must constantly assess the efficacy of its programmes and quantify how many lives have been saved. These figures will help prove the success of the initiative as well. Pollution is here to stay but we can reduce the toll it takes. Specific and targetted initiatives that are quantifiable can do just that.