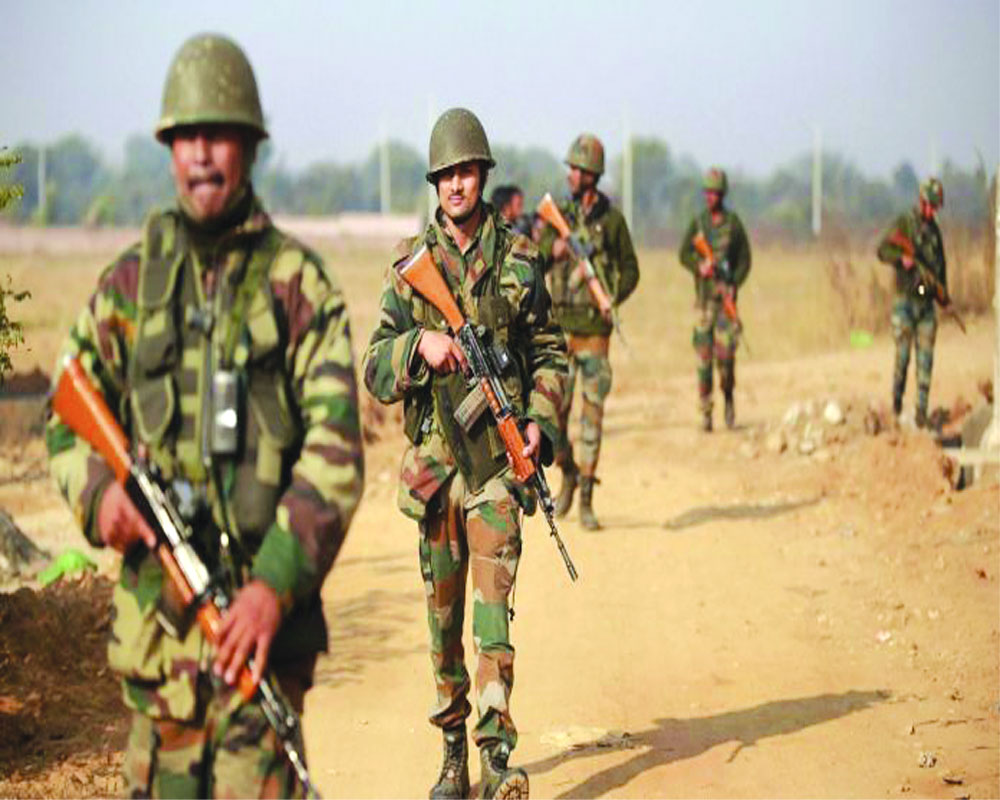 Standing against the combined resources of numerous countries in a militaristic misadventure, statements from Beijing are reflective of pressure, not confidence

Chinese history, taught in its formative schools, is complex, wounded and deliberately provocative as it aims to undo the “century of humiliation” that ostensibly ended with the advent of the Communists in 1949 under Chairman Mao Zedong. Seeds of revenge, insecurities and expansionist tendencies were assiduously sown and harnessed by the focussed efforts of the single-party regime. This transformational narrative of the deprived past to that of the dreams of the hegemonic “Chinese Century” (21st century) has distracted, galvanised and anchored the faith of the citizenry to the illiberal and undemocratic regime. A collateral outcome of this national passion has been the planned outreach beyond its cartographic limits in terms of trade, commerce, military and diplomacy, both welcomingly and unwelcomingly. This demanded a governance tonality of disruption, deceit and re-interpretation of all known laws of sovereignty, morality and all other forms of global operating systems. It has led to a unique situation of China having territorial disputes with at least 18 countries, while having borders with only 14. Ironically, the Chinese greed does not spare its own allies like North Korea, Philippines and most recently, Nepal.

The Chinese approach towards territorial aggrandisement has swerved from creeping, brazen, opportunistic to even innovative — but always, relentless. With such a backdrop, it was hardly surprising that Beijing stated, “China does not recognise the Ladakh Union Territory illegally set up by the Indian side and the Arunachal Pradesh.” This was patently duplicitous, obstructionist and retracting Chinese diplomacy at its normal. Constant flare-ups that end up enhancing the Chinese footprint are a critical and reassuring component of its power projection, as President Xi Jinping had famously claimed, “Only if there are battles, there are opportunities.”

The ensuing trade wars with the United States, sabre-rattling with Taiwan, prickly relations with Japan, a military stand-off with India and continuing belligerence in the South China Sea are carefully plotted moves in the mould of “shock and awe,” to reassert the Dragon’s arrival and supremacy on the global centrestage, with or without anyone’s permission. Part of this Chinese tact is to draw the opponent into a “limited” theatre and then out-muscle and out-posture the same into subservience without matters escalating beyond the defined realm. History suggests that the outcome of a long-drawn and expanded conflict has never ended in China’s favour — like the China-Vietnam war in 1979. China had underestimated the Vietnamese resolve as the then Chinese Vice Premier, Deng Xiaoping, had mentioned to American President Jimmy Carter before China’s ill-fated intrusion into Vietnam, “The little child is getting naughty, it’s time he got spanked.” By the end of the bloody conflict, most independent historians agree that the ragtag but battle-hardened Vietnamese outfought and outperformed the numerically and materially superior Chinese People’s Liberation Army (PLA).

China can suddenly seize unoccupied shoals, reefs and islands beyond its maritime limits like the Johnson Reef, Mischief Reef, Scarborough Shoal, Paracel Islands, Spratly Islands and more, and then start mega reclamation projects to enlarge the landmass into full-fledged, militarised bases. Towards this, it can discount all international treaties and norms to propound its own unique formula like the “nine-dash line” to the consternation of the rightful claimants. China will invariably posit an admixture of disputed history, vague claims and cartographic dashes that were clearly declared to be unlawful under the United Nations Convention on the Law of the Seas (UNCLOS). Beijing disregarded the verdict of the International Court of Justice and brazenly added another 10th and 11th line dash to its claims.

China’s claims on Taiwan are equally disbelieving with the Chinese Communist Party (CPC) never ever ruling the island State since the independence of either of the nations, and only alluding to an expeditionary Chinese force in AD 239 to buttress its claims.

In recent times, devious efforts to soften its expansionist image by propounding creative formula, like “one country, two systems” in Hong Kong, have been completely exposed and unmasked. Even shifty leaders like the Philippines President, Rodrigo Duterte, who had shocked everyone by siding with the Chinese just when Manila was embroiled in a territorial dispute with Beijing or Prime Minister KP Sharma Oli of Nepal, have been forced into serious introspection of their dalliances with China. Duterte not only dialled down his anti-US rhetoric but also hailed its verdict against China as “the triumph of reason over rashness, of law over disorder, of amity over ambition.” Somewhere the Dragon’s free-run seems to have run into rough weather and the clouds of a pushback are looming on the horizon.

Indian armed forces are staring back, hitting back and have dug their heels, the Quad discussions (US, Japan, Australia and India) are moving from paper to spadework and the US naval warships are passing through the choppy Taiwan Straits. China is clearly feeling the heat as Jinping was left goading his military, “Put all (your) minds and energy into preparing for war.”

The situation is getting uncomfortably prolonged, inconclusive and simmering to Beijing’s discomfiture, and perhaps the sense that it has bitten more than it can chew simultaneously, has dawned on the Chinese. The entire neighbourhood is seemingly on a “high alert” and this works to the detriment of the Chinese, who typically thrive on nibbling and “salami tactics” on unsuspecting, napping or trusting neighbours. Even Russia, which has its own axe to grind with the US, would not mind seeing China in a tight spot and may allow its “neutrality” to worsen the situation for Beijing. In such a situation, Sino-wary nations need to collectively stare back, ignore and blunt the provocative Chinese statements that are intended to dramatise, coerce and win bullet-less wars.

The pandemic has weakened the global economy, but for China to unilaterally stand up against the combined resources in a militaristic misadventure could be regime-threatening given the imploding undercurrents that could get unleashed with the crumbling of the “Chinese Dream.” The Dragon has effectively been checkmated in its tracks, even though restoring status quo ante may not be possible. Yet the bombastic statements from Beijing are reflective of pressure and not confidence.