No josh in defence Budget

No josh in defence Budget 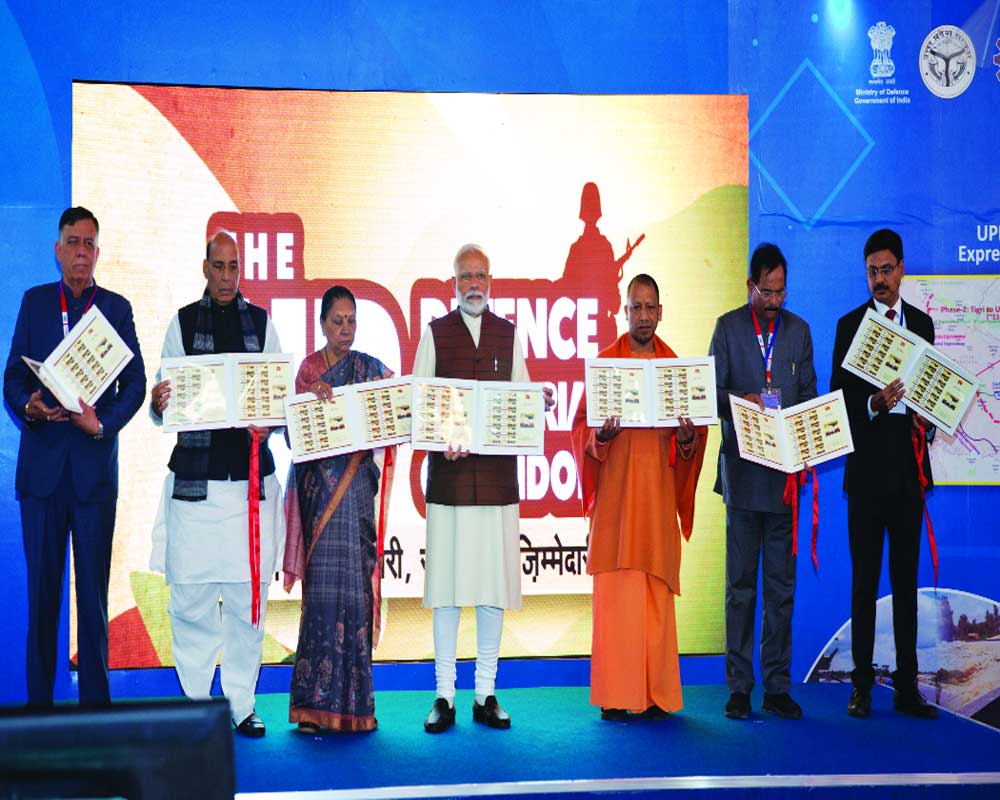 Winning elections and wars are not in the same league. The Govt can no longer camouflage its declining defence modernisation programme with high symbolism and hyper-nationalism

Two recent trends inimical to the country’s national security — the politicisation of the military and a flat and negative defence modernisation Budget — worrying as they are, will soon become the new normal. In this space, I have written enough as to how the ruling political elite has milked the armed forces for electoral gains — be it during the Uri surface strikes or Balakot air strikes — but in the process, it has brazenly politicised them. Carrying pictures of serving Army officers on political posters by the BJP is terrible. But terming the Army and the Air Force as “Modiji’s sena” is unacceptable. So is the usage of Air Force commanders to legitimise breaches in the procurement procedure to justify the purchase of the Rafale aircraft.

During the Karnataka elections, Prime Minister Narendra Modi needlessly revived seven-decade-old political events involving Gen KS Thimayya but erroneously named Gen KS Cariappa, thus hurting both families. In contrast, it was heartening to listen to the new Army Chief when he reminded his soldiers about the Constitution. It was, however, disappointing that he read out the Government’s political script on the merits of its actions in Jammu & Kashmir, especially when the legislation is under arbitration. The deep selection of Service Chiefs, overriding the seniority norm and the appointment of Chief of Defence Staff (CDS) will have political resonance.

The ruling dispensation has become immune to criticism by the Election Commission, its political opponents and the veteran community about involving both serving and retired personnel to promote its partisan agenda, much of which is sub-judice. The Prime Minister’s choice of themes, while speaking to the military during the inauguration of the National War Memorial (NWM) or the young cadets at the National Cadet Corps (NCC) during the annual parade recently, was political and inappropriate. Feeding impressionable cadets with political achievements while casually claiming that India could defeat Pakistan in war in seven to 10 days has left many bedazzled. Fuelling nationalistic hype when the military is starved of funds for modernisation is intriguing. The Prime Minister, aiming with a Kalashnikov rifle at the highly exaggerated achievements of the Defence Expo 2020, which is now held wherever the Defence Minister’s political constituency is, will become an ironic visual.

Military politicisation peaked at the NCC rally. Strangely none of the Service Chiefs nor the CDS present there stopped the Prime Minister from speaking to the cadets about the political events aimed at the Delhi elections. In contrast, recently the Australian CDS, Gen Angus John Campbell, did precisely this: Tap his Defence Minister Christopher Pyne when he switched from speaking about military issues to answering political questions in the presence of senior military officers, telling him that he would ask the military to move out — and they did. Campbell did not want his officers to be seen backing his Minister over his party’s claimed political achievements.

For the fourth year in a row, defence allocation was not mentioned during the 2020-21 Budget presented this month. In her marathon speech, the Finance Minister quoted a Tamil sage and said: “Just as national security was important a millennium ago, for her Government, it is the number one issue today.” But the funds she provided for defence modernisation suggested otherwise. According to one official in the Ministry of Defence, the funds are barely sufficient to pay instalments for weapons purchased earlier. The Defence Minister issued a lofty Press release, lauding the Budget, without mentioning a word about the impoverished plight of his own Ministry. Similarly, the Prime Minister, who is still nursing the surgical strike’s hangover, said nothing, though his remarks on defeating a nuclear-armed Pakistan in seven to 10 days remained puzzling, especially as officials in the Ministry of Defence have said that ammunition for a 10-day intense war will be available only by 2022-23.

US Ambassador Kenneth Juster said recently that the economic slowdown, which the Government has not admitted to as yet, will affect modernisation of defence capability. On paltry modernisation funds year on year, former Finance Minister Arun Jaitley had said, “Defence forces do not have the mechanism to spend the money; we do not have the funds to give them; will have funds only once the tax net expands.” Since 2014, when the BJP came into power, defence Budgets have been at  their lowest since 1962 at around 1.5 to 1.6 per cent of the Gross Domestic Product (GDP). BJP’s own stalwarts in the Standing Committee on Defence and Estimates Committee, Gen BC Khanduri and MM Joshi, had pointed out big holes in defence preparedness. Khanduri lost his job for indicating this.

Soon after the current five per cent dismal increase in defence allocation, the CDS apparently put the lid on any comments by single Service Chiefs, telling some journalists that the Budget was adequate; that the management of the Budget is critical; and that it is more of a management issue than a question of adequate funds. He also said that he would prioritise acquisition, raise age of retirement to 58 years, create funds from within and if necessary, take additional requirements to the Government. The Prime Minister, while speaking to the NCC cadets, mentioned the appointment of the CDS, elaborating that along with single Service Chiefs, this represented one plus one plus one, equalling 111, implying that the CDS is the Alibaba of defence issues.

The decision on One Rank, One Pension (OROP) taken by the Prime Minister in the heat and dust of the 2014 election campaign was one he must be regretting now. The defence pension Bill has reached Rs 1.33 lakh crore, which is more than Rs 1.18 lakh crore for salaries and Rs 1.11 lakh crore for capital. In 2010, it was Rs 41,000 crore and last year it was Rs 1.13 lakh crore. Another Rs 6,500 crore will be required for OROP equaliser this year. This incongruity in tooth to tail ratio must be corrected. Equally, more funds must be allotted for modernisation to catch up with China, whose defence Budget is three times more than India’s.

Clearly, the josh of the surgical strikes is no cover for lack of defence preparedness. Winning elections and wars are not in the same league. The Government can no longer camouflage its declining modernisation programme with high symbolism and hyper-nationalism. Its seriousness about defence can be judged from the appointment of five Defence Ministers in six years. Still, the CDS is a positive step though the way he has been located in the hierarchy, he is another ‘1’ in the Prime Minister’s 111 arithmetic.

The politics of national security has trumped its economics, leading to the 15th Finance Commission fire-fighting for the creation of additional defence funds. Given the tight fiscal situation, the Government should temper its national security ambitions and goals and leave the professional military alone.