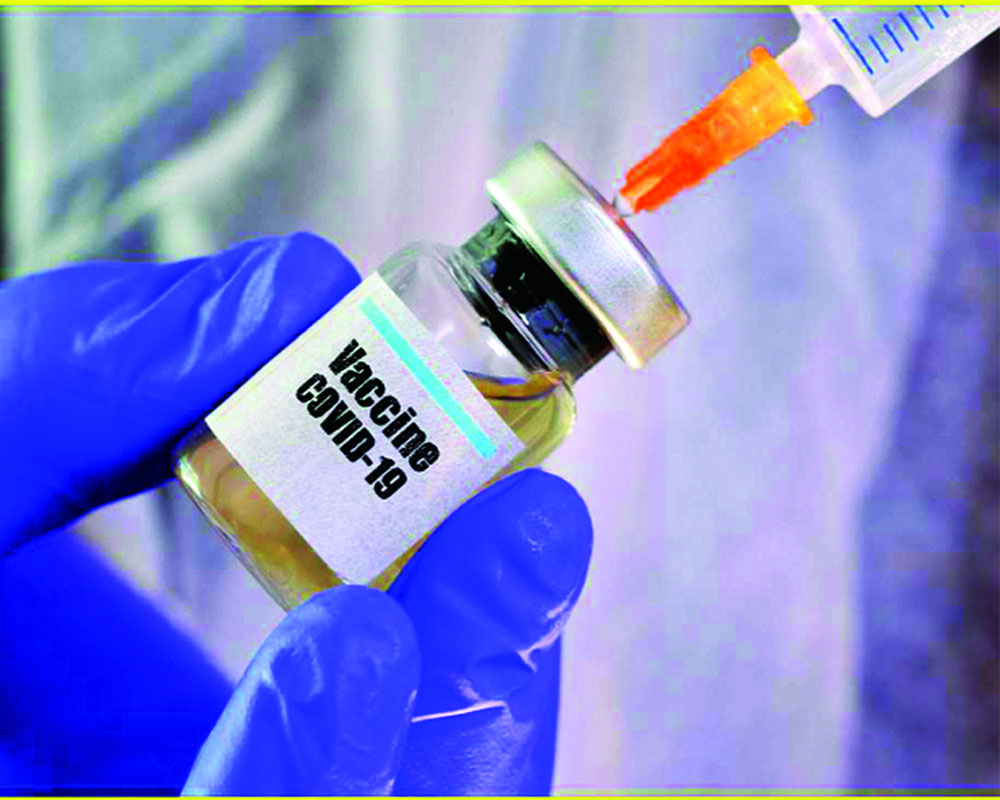 As rich nations corner more than half the doses, they must realise that vaccinated pockets don’t lead to stable economies

Vaccine nationalism is rearing its ugly head again even as the Coronavirus pandemic rages on. The implications of manipulating access to essential drugs, particularly HIV-AIDS ones in developing countries, due to bulk purchasing power of richer nations and honouring of pharmaceutical patents, are already known. That crisis worsened. Sadly, the trend continues as the race to develop a vaccine for COVID-19 intensifies with five leading candidates currently in phase three clinical trials. Who gets hold of the vaccine and when determines which country stops the caseload from going up exponentially, saves lives, escapes the second and third wave predicted by experts and gets on the path of economic recovery faster. However, with the pharmaceutical industry being largely cartelised, it won’t come as a surprise if developing countries are at the far end of the line. Remember the 2009 H1N1 flu pandemic? Australia, which was the first country to come up with a vaccine at that time, blocked exports while some of the wealthiest countries entered into pre-purchase agreements with several pharmaceutical companies. The US alone obtained the right to buy 6,00,000 doses. It was only when the H1N1 pandemic began to recede that developed countries offered to donate vaccine doses to poorer economies. However, the damage at that time was not as severe as it will be this time round because the Coronavirus is far more infectious and deadlier than the H1N1 and has almost strangled the have-not nations. If a recent report released by Oxfam is to be believed, wealthy nations, accounting for just 13 per cent of the global population, have cornered a whopping 51 per cent of the promised vaccine doses. It is just what poorer nations and the World Health Organisation (WHO) had feared, that while they would be prime picks for vaccine trials, they would get to use doses the last. The inevitable result would be a deepening of the pandemic. Right now, many world leaders, like US President Donald Trump, who is facing a re-election in November, will not listen to the feeble voice of the poor or the WHO. A vaccine is his ticket to the White House, he needs it for his voters. This “vaccine nationalism” has also emerged at a time when global majors are trying to establish their political prowess while using their scientific superiority to validate the claim. Thus, whoever has the first access to the vaccine will end up on the top of the global pyramid of power, apart from reaping the enormous monetary benefits that come out of it.

One of the developers of the COVID vaccine is Moderna, which has received $2.48 billion in committed taxpayers’ money. It intends to profit from its vaccine and has sold supplies to rich nations at prices that range from $12-16 per dose in the US to around $35 per dose for other countries, leaving poorer nations out of the procurement loop entirely. However, according to reports, the company’s production capacity is barely enough for 475 million people or six per cent of the world’s population. Even if all five vaccine candidates succeed, which is rather unlikely, it is only by 2022 that two-thirds of the world’s population will have access to them. Also, even if one country does get vaccinated, how will its policy on travelling restrictions change? Will the restriction be limited to those who are yet to get access to the vaccine or will they have vaccines for those entering their land? Remember it’s a global pandemic and just like the WHO warned, creating vaccinated pockets will not be beneficial for long if one is aiming for a stable economy. This is why various organisations are calling for a “people’s vaccine”, free of the monopolistic control of the pharmaceutical companies over its sale and urging nations to share the needed information with others so that it is available to every single human being at affordable rates and can be distributed on a need-based rather than a paid-for basis.

If all the five vaccines work, Oxfam says that would amount to a combined production capacity at 5.94 billion doses, enough for 2.97 billion people, keeping in mind that the vaccines will most likely require two doses. The supply deals already agreed upon are for 5.303 billion doses, out of which 2.728 billion (51 per cent) have already been procured by developed countries including the UK, US, Australia, Hong Kong and Macau, Japan, Switzerland and Israel, as well as the European Union. The remaining 2.575 billion doses have either been bought by or promised to emerging countries, including India, Bangladesh, China, Brazil, Indonesia and Mexico among others. This also includes the 300 million doses of the AstraZeneca vaccine pledged to the Covax Advanced Market Commitment (AMC), the vaccine pooling mechanism, promised to developing countries. It is essential for global powers to understand the gravity of the situation and on ethical grounds work in favour of public health and the global economy.