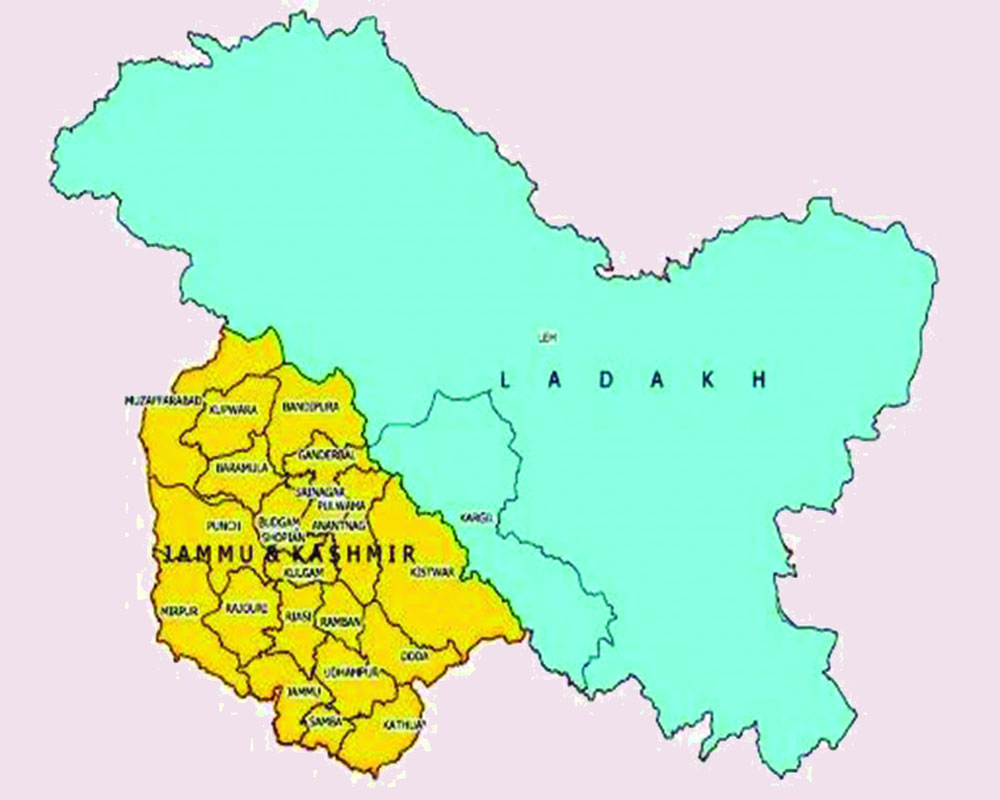 In hindsight, it appears that China’s quest for a direct land route to Pakistan was conceived and partially executed by Chairman Mao; President Xi is trying to complete this agenda

India’s boycott of China’s Belt and Road Initiative (BRI) on grounds that the China-Pakistan Economic Corridor (CPEC) goes through Gilgit-Baltistan that was part of the kingdom of Jammu & Kashmir and, hence, belongs to India, has been viewed by Beijing as threatening the security of the CPEC. Pakistan is the only country that links Beijing’s mega-connectivity project by both land and sea and is critical to Chinese ambitions in West Asia. It links Xinjiang province with Gwadar port, close to the Strait of Hormuz, through which a bulk of the world’s crude oil moves.

Gwadar’s importance has increased in recent weeks due to its proximity to Iran where Beijing is cementing a long-term relationship based on mutual hostility to Washington. India is a collateral loser due to bureaucratic inertia that has failed to execute agreements crafted by the political leadership. It will take great skill (and management of US President Donald Trump) to rejuvenate ties with Tehran.

China is unhappy at public protests in Gilgit-Baltistan against Islamabad’s mistreatment and more recently against the CPEC. According to an intelligence report accessed by Paul D Shinkman, national security analyst, US News and World Report magazine, New Delhi views the current imbroglio in Ladakh as evidence of “Beijing’s sweeping imperialist designs.” China covets (large portions of) Ladakh for easy access to Pakistan and enhanced stability for the CPEC; resentful local populations would be dealt with sternly.

New Delhi believes that Beijing wants to expel Indian troops from areas it wants to occupy and eventually link Thang Chhenmo (wild, big desert) that China calls Aksai Chin (white stone desert pass) after intruding into the region in mid-1950s. The aim is to link Thang Chhenmo (India must start calling the area by its original Ladakhi name) with the Shaksgam Valley region, gifted illegally by Pakistan in 1963, and eventually join Pakistan. Every move has been methodically planned.

In April 2013, a Chinese platoon entered the Daulat Beg Oldi area with the same objective in mind, though it withdrew a month later. Occupation of Daulat Beg Oldi would enable China to link Thang Chhenmo with Siachen glacier (currently held by India) and Karakorum Pass, where it has built an all-weather road. A cursory look at the map shows that Pangong-Tso and Galwan Valley, where the current stand-off is taking place, could enable China to seal the border of the Union Territory of Ladakh from Thang Chhenmo side and fully absorb this large territory that belongs to India.

This would make it difficult to defend Ladakh in the event of more serious hostilities. India cannot allow China to entrench itself along the Thang Chhenmo border. As this deadly terrain can be visited only in summer months, China had to build infrastructure and grab the region before the arrival of winter in November. It was a serious lapse on the part of our foreign policy and national security mandarins not to anticipate these moves.

The June 15 killing of 20 Indian Army personnel in hand-to-hand combat at Patrolling Point 14 of Galwan, Western Sector of Ladakh border, was a bold move by China to entrench its military in this strategic location. But the valiant response from Col B Santosh Babu and his men, who took down 35 to 53 Chinese soldiers (casualties not acknowledged to this day) before making the supreme sacrifice, has strengthened the national resolve to defend the borders at any cost, a message reinforced by Prime Minister Narendra Modi and Defence Minister Rajnath Singh during recent visits to Ladakh. However, as the stakes are much higher this time, Beijing’s retreat is grudging and slow.

The modus operandi at Doklam in 2017 bears examination. The People’s Liberation Army (PLA) was engaged in a joint military exercise on the Tibetan plateau to test its combat efficiency when it suddenly crossed into Indian territory. The Doklam intrusion was resolved diplomatically but showed that Beijing has built all-weather roads along its borders for swift military mobilisation.

In hindsight, it appears that China’s quest for a direct land route to Pakistan was conceived and partially executed by Chairman Mao; President Xi Jinping is trying to complete this agenda. The salami-slicing technique is not ad hoc needling of India but a grand design of strategists of the Communist Party of China. The increased terrorist infiltration on the western front clearly enjoys Beijing’s support. Henceforth, India’s military planning should view the northern frontier as a single entity. The loss of Tehran must be acknowledged as a diplomatic blunder.

In January 2020, China conducted military exercises in Tibet, showcasing the PLA’s ability to fight a mountain war, with the Type 15 light battle tank, the new 155-MM vehicle-mounted howitzer, helicopters, heavy artillery and anti-aircraft missiles. The increasing number of military exercises in Tibet over the past three years has acclimatised the PLA to high-altitude conditions and India cannot afford to be complacent.

Interestingly, the exercises were held from Lhasa up to the border — a message to Tibetans in Tibet and India. One wonders why does India host a Tibetan Government-in-exile if it sees Tibet as part of China? We must fix our foreign policy goals and engage Sikyong, Lobsang Sangay, who desire an independent Tibet.

India’s move to augment its border infrastructure is commendable. However, even after Maj Gen KS Thimayya modified and led tanks up the Zoji-la in 1947, India never invested in light tanks for mountain warfare. Worse, former Defence Minister Manohar Parrikar’s suggestion for a Mountain Strike Corps was simply struck down.

New Delhi and Washington believe that Beijing exploited the Coronavirus pandemic to assert territorial claims along its borders, in the South China Sea, and Hong Kong. The Trump administration issued retaliatory sanctions against Beijing after it imposed sanctions on US lawmakers for passing a legislation against China for repression in Hong Kong. US Secretary of State Mike Pompeo promised increased support to allies in the South China Sea.

Observers, however, expressed surprise at the determination with which Beijing moved on so many fronts simultaneously, from denting Hong Kong’s autonomy and trying to impose its authority on the archipelago; to upping the ante against India in Ladakh and wooing Tehran against India; to challenging Washington and reiterating its claims in the South China Sea vis-à-vis its South East Asian neighbours and Taiwan. This could prove a classic overreach but Washington should help by turning neutral on Iran.