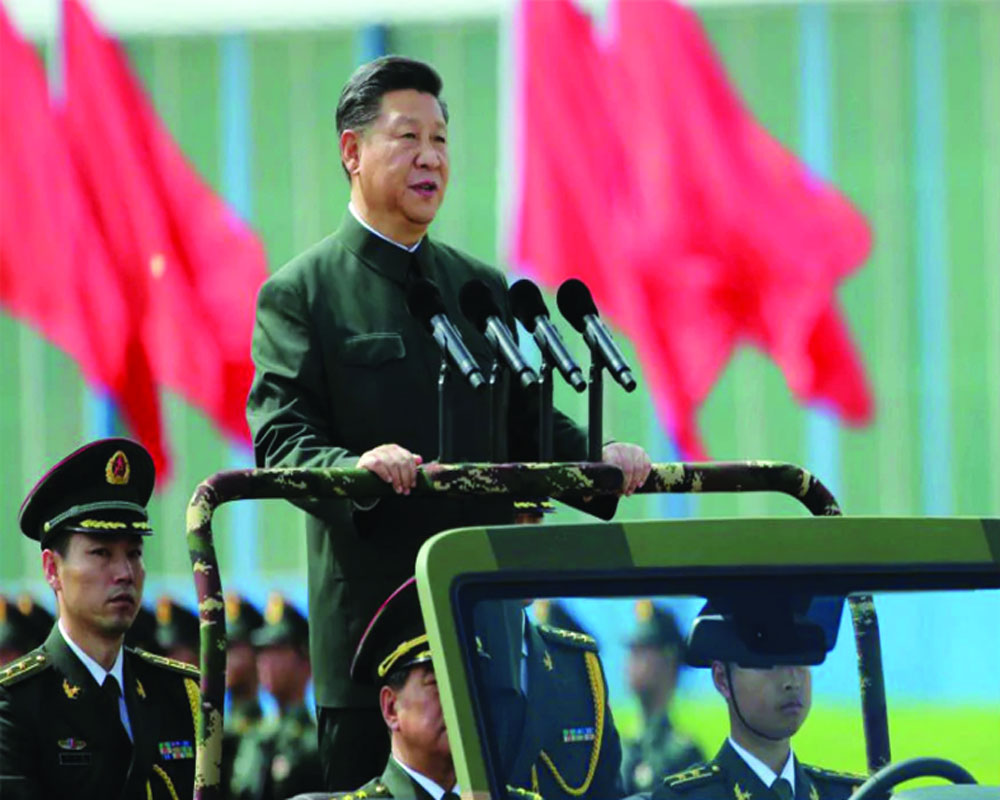 None less than the Chinese leader Xi Jingping himself has conceded that the world’s largest standing military, the People’s Liberation Army (PLA), with more than 2.1 million active-duty strength, is afflicted by the “Peace Disease.” Since taking over the reins of the Chinese Communist Party (CCP) as the General Secretary and chairmanship of the Central Military Commission (CMC) in 2012, Xi has unleashed transformational investments and restructuring in the PLA in terms of doctrinal, strategic, technological, cultural and on-boarding of weapon platforms. Yet, he remains acutely conscious of the combat inexperience that besets a military force that has not been tested since 1979, where it came a cropper against a decidedly inferior Vietnamese force. Importantly, the Vietnamese forces that had fought the Chinese in 1979 were still blood-soaked from fighting the American forces for nearly two decades, and had even worn out the supposedly better organised, trained and equipped military then. The essential mass of the Chinese PLA in 1979 had last seen a full theatre-level combat only in the early 1950s (Korean War) and soldiers, therefore, were raw and untested when they had taken on the Vietnamese. They were soon made to pay a price for lazily assuming that a larger force, better equipment and aggressive posturing could compensate for combat inexperience. It is this foreboding pertaining to the obvious inexperience of today’s PLA that Xi has been alluding to in the context of “Peace Disease,” even as it continues its optics of aggressive posturing, intimidation and global expansionism.

There are other elements compounding the “Peace Disease” that are pertinent in questioning the core spirit of PLA’s fighting abilities. First, the perennial concern of ensuring PLA’s loyalty and subservience to the civilian CCP – this got magnified by the purges initiated against the PLA Generals in the initial Xi years and elevating his own “young guard.” Not only was this “young guard” of post-1979 vintage but the essentiality of “unity of command” in a Chinese combat unit (at company levels) is always diluted and compromised with the shared command responsibility of the political officers, who are responsible for ensuring the non-military task of loyalty to the party, i.e. CCP. A vital chink in the structural formation of the PLA is the relative under-development of the non-commissioned officers (NCO cadre), which is invaluable for operational efficacy. The steel of the Indian Army that shone in the Kargil operations was attributable among other things to the “junior command” that led from the front, where the role of NCO cadre was significant. Unlike the militaries of India (or even Pakistan), which are bloodied in real time operational experience in internal urgencies or restive borders, the Chinese “Peace Disease” comes with accompanying laxities. Even the 1967 Nathu La and Cho La border clashes in the Indo-China history were symptomatic of a recalibrated Indian military that was by then battle-hardened and in a very different frame of mind from the Indian military of 1962.

Undoubtedly, China has embarked on mammoth military investments that ensure that its annual budgetary allocation (estimated at $261-266 billion in 2019) towards its armed forces is almost four times that of India. There is debatable realism about the Chinese claims in cutting-edge military technologies (the Chengdu J-20 Stealth ‘5th generation’ fighter plane) or about the quality of training, restructuring, command systems and so on. Despite its claimed proficiency in indigenous weaponry, China has openly sought S-300 and S-400 anti-aircraft systems, SU-27 and SU-35 fighter jets from Russia, among other platforms and technologies to “reverse engineer.” But where the Chinese score over countries like India is in the way they have internalised “security” as an integral component of their national vision, international manoeuvres and strategic calculus for all policy decisions, be it internal or external. Whereas, beyond selective invoking of the “Indian soldier” whenever tensions looms, the Indian governance has diminished the role, relevance or priority on defence matters and only displays knee-jerk or politically competitive “investments” in the said domain. Ironically the mismanagement of India’s domestic affairs by its political classes has ensured that the armed forces have not suffered any “Peace Disease.”

Battle experience is one of the most important features that determines the fate of forces, along with others like the lethality of weapons, processes, leadership, numerical strength or even environmental factors like social, cultural  or political moorings. Japan’s “banzai” culture and motivation levels could compensate for material disadvantages. The numerically far-superior and experienced Iraqi military (after the decade long Iran-Iraq war) got decimated within 100 hours by the superiority of American weapons, training and professionalism in the first Gulf War.  At the same time, the same battle-experienced and obviously more professional American military has been forced to “pull out” of Afghanistan when faced by the rag-tag Taliban militia who neither have the matching weaponry, training, nor the infrastructural wherewithal.

The Chinese awkwardness with the reciprocal stare-down at Doklam, Galwan gallantry and recent operations of the Indian Army in occupying advantageous heights is reflective of the  “Peace Disease” that has been sought to be compensated by sabre-rattling, deceit and troops/infrastructural build-up.

Lieutenant General He Lei of the PLA had famously remarked a couple of years ago that his biggest regret before retiring was that he never fought a war – his successors are even more distant from war experience, whereas, those on the other side may have other concerns and deficiencies, but “Peace Disease” is certainly not one of them. Battle experience cannot be bought and this could expose the Chinese chimera on the battlefield.