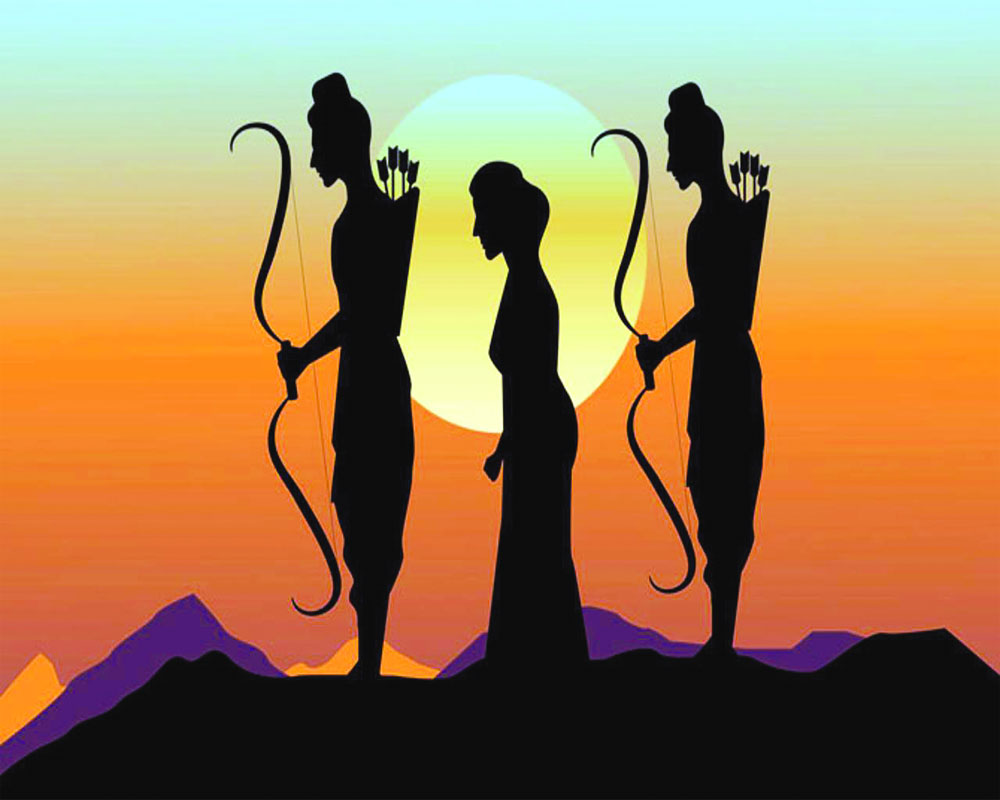 The legend goes that Diwali is celebrated to mark Lord Rama’s return to Ayodhya after slaying Ravana. We have been celebrating Diwali for ages. But it is important is to remember that more than Rama’s victory, it is the values he stood for that needs to be recapitulated and imbibed. Lord Rama lives not only as an incarnation of God born to end evil prevailing in the world during those times. Lord Rama lives as Maryada Purushottam, the noblest among human beings who stood for certain values and principles, rather epitomised them. Let this Diwali remind us of those values and, may be, give us the will and the ability to practise those. Rama and Ramayana need to be the source of strength and sustenance for us to practise righteousness. Thinking of those principles that Rama stood for may then be a timely reminder to help us reinvent ourselves. The sum and substance of Rama’s character lie in this one story that has been narrated and recounted time and again. The story goes that when Rama returned to Ayodhya after killing the mighty demon king, who was the most powerful of the kings on the globe in those days, people were dismayed. So the citizens of Ayodhya asked out of disbelief how Rama could kill someone as invincible as Ravana. The reply that the Lord gave is worth pondering over. Lord Rama very humbly said that I did not kill Ravana. It is the ‘I’ that killed Ravana. I, the bloated ego doused in arrogance. It was the ego of Ravana that proved his undoing. In fact, one big difference between Rama and Ravana was humility. Rama was humility incarnate whereas Ravana was all pride and haughtiness. In the present times, what we are seeing all around us is that humility as a value  has become almost extinct, and arrogance and pride are driving human behaviour. Even the corona impact has not done much to dampen the human ego, though it did show man his place. Rama’s principles were driven by ethics. This, however, was also shown by all his kinsmen, but Rama still stood apart. He not only chose to keep his father’s promise even though he could have avoided it, given the ground swell of opinion that was in his favour. Look how people conduct themselves to retain power today. What happened in the US Presidential election is a pointer. Prudence and ethical wisdom are two entirely different things. Prudence is about knowing which side of the bread is buttered while ethical wisdom is knowing when to say no to the buttered side. Even when Rama was in exile, his brother, Bharat, and people of Ayodhya pleaded to him to reconsider his decision. But that did not deter him from his principled resolve. Rama’s commitment to carry out his father’s promise even after the latter’s demise is a lesson in values. Rama’s pursuit of dharma was above everything. And the entire Ramayana reflects this. Rama knew the essence of dharma and he also had the will to uphold it. He was an ideal representation of man who combined values, virtues and vision. Rama’s victory over Ravana is certainly to be rejoiced. But his principled conduct offers more valuable lessons.