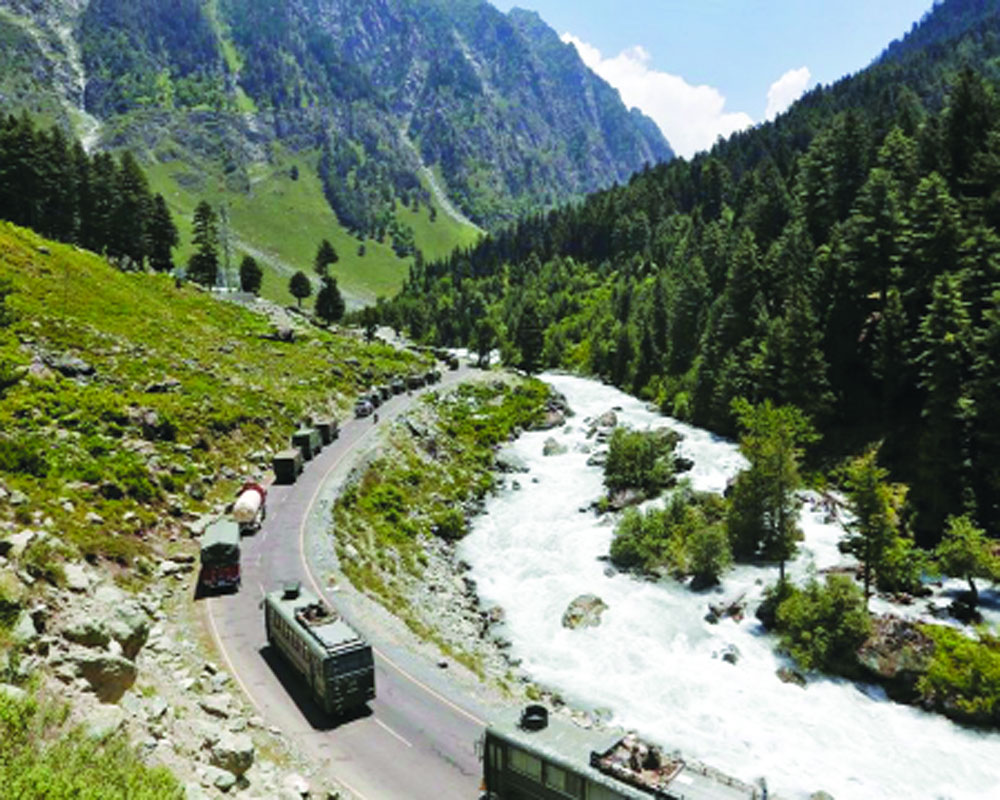 The PLA has blemished the Modi Govt’s muscular image created in the wake of Uri and Balakot responses against Pakistan, which won it an overwhelming political mandate

One’s blood boils watching the way India and its Army are being pushed around by the Chinese People’s Liberation Army (PLA) along the Line of Actual Control (LAC). Roughing up soldiers, intruding/transgressing on the Indian side of the LAC at will and violating border protocols have become second nature to the PLA. And yet, many citizens keep harping that when it comes to joining the battle, Indians are six feet tall. The PLA has no experience to fight in high-altitude terrain; whereas Indian soldiers have been deployed in Sikkim, Ladakh and Siachen for decades. China lacks the regimental system of the Indian infantry and is composed mostly of short-term conscripts compared to India’s wholly volunteer Army. The PLA has not fought a war since 1979. Neither have the Indian troops since the skirmish they fought “on our side of the Line of Control (LoC)” against a mixed bag of Pakistani frontier militia and hardcore terrorists at Kargil.

Because the PLA has done a sort of Kargil in east Ladakh, loud thinking can be heard about launching a land-air offensive a la Kargil, confined to our side of the LAC to vacate aggression in Ladakh. This comparison has many holes: It likens LAC to LoC, which is delineated with the maps exchanged in 1972 between the two militaries. The LoC is violated regularly by infiltration, cross-border firing and is a hot border. Not a shot has been fired along the LAC since 1975 and a no-shooting protocol exists. The Indian Air Force (IAF) has not carried out any joint military exercises for air support of ground troops along the LAC. Border protocols debar the use of force in settling the boundary question, which includes the LAC.

And yet, rogue actions of the PLA have continued periodically like the intrusions at Sumdorongchu (1988), Depsang (2013), Chumar (2014), Doklam (2017) and now across east Ladakh, stretching over 250 km. They have all gone unpunished. Instead, PLA raw recruits managed to thrash outnumbered Indian soldiers near the Pangong lake on May 17/18 last year  so badly that 72 soldiers had to be hospitalised. PLA helicopters chased away an Indian helicopter in the same area around the same time. In short, India has been at the receiving end of PLA depredations except possibly at Galwan. The mystery is, why have Indian troops never done a tit-for-tat counter intrusion?

That the disengagement and de-escalation process has ended in utter failure was recognised by the Indian Ministry of Defence (MoD) on its website earlier this month but the admission was pulled down within 48 hours. Indian forces have been left with buffer zones at friction points where they have had to withdraw and dismantle their fortifications from the Indian side of the LAC. Worse, the PLA is not permitting these soldiers to exercise their patrolling rights upto established patrolling points, which when connected, roughly align with the Indian LAC.

Still worse is the stubborn refusal of the PLA and its commanders to even discuss the 18-km deep massive intrusion made in Depsang, a repeat of the intrusion in April 2013, from where the PLA withdrew after three months. Crowning the multiple intrusions is the PLA’s construction of infrastructure on  the Indian side of the LAC. Violative of border patrols, PLA activities are nothing short of acts of war.

Not only has China unilaterally changed the status quo but it has also shifted the LAC several kilometres westwards, attempting to conform to its 1960 claim line. It has also annexed several hundred kilometres of Indian territory. Prime Minister Narendra Modi’s in-denial statement of June 19 — “neither has anyone intruded across our border nor is anyone intruding” — has become the great enabler of PLA intrusions. Taking down the belated acceptance of intrusions on the MoD website is  supportive of Beijing’s actions.

China is rejoicing that Modi has kept the Wuhan spirit alive whereas it is an abysmal failure of summitry. By virtually condoning the Galwan clash, Modi seems to have done the reverse of Nehru’s cavalier orders to throw out the Chinese from the Thagla ridge.

The joy and excitement exuded by Modi and Defence Minister Rajnath Singh over the arrival of five Rafales reflected the dire and option-less situation at the LAC. Given the phenomenal spike in the COVID-19 pandemic in India, a debilitating decline in the economy and the military overstretched on two fronts, a Kargil-like response to multiple intrusions will lead to a war that India cannot afford.

India’s continental strategy (if there is one) for border management has come unstuck because the PLA has changed the rules of engagement, both on the ground and at the negotiating table. Five rounds of military commander talks, four rounds of Working Mechanism for Consultation and Coordination (WMCC) dialogue and conversations between high ranking Special Representatives on border talks have hit a cul-de-sac.

With wholesale intrusions in early May, China delivered an initial fait accompli. This was followed by a Chinese-scripted DPP in July end that made cosmetic disengagement to ease tensions at friction points but  was tantamount to quarantining Indian soldiers on their own territory. The PLA, on the other hand, dug down like it did at Doklam after disengagement and nobly proclaimed that disengagement is completed. This new fait accompli has imposed on India a new status quo without a hint of restoring the May 5 situation.

The Modi Government can pretend it is business as usual: Take down belated acceptance of intrusions from the MoD website, talk tough the virtues of Rafales and most of all, use diversionary strategies to focus on its spectacular political achievements like the grand ceremony at the Ram temple on the same day it erased Article 370 at Jammu & Kashmir a year ago.

In deference to Chinese sentiment, the new status of Ladakh has been played down. The setback at LAC has almost disappeared from TV and media, reflecting India’s acceptance of aggression by the PLA. The tragedy playing out along the LAC for 10 weeks, that was  essentially concealed by the Government, is a reminder of India’s colossal intelligence and operational failures.

It has blemished the Modi Government’s tough muscular image created in the wake of Uri and Balakot responses against Pakistan, which won it an overwhelming political mandate. The Chinese PLA has changed that perception. That, too, 60 years after the 1962 war when China gave India a dressing down and withdrew unilaterally, vacating areas it now covets: Tawang and East Ladakh. India’s failure to shape and maintain a deterrent has led to the loss of face.

Three days from now, on August 15, Independence Day, Modi will recount his Government’s achievements, including the handling of the pandemic. How he will frame the situation along the LAC, where the Chinese PLA has altered status quo and annexed Indian territory, will be worth watching out for.