Time to be honest

Time to be honest 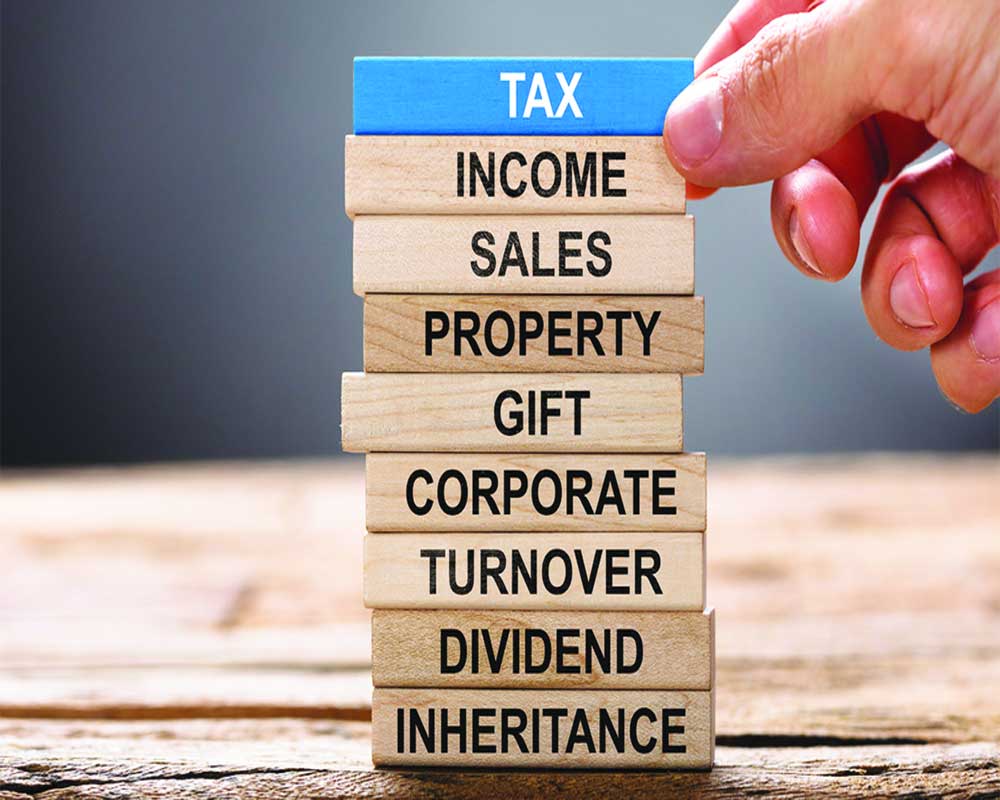 Modi has done everything to make life easier for the taxpayer. Now, it is for the latter — especially those who have not been paying taxes as currently only 1.5 crore of 130 crore Indians comply — to reciprocate

Dubbed as a transformative tax reform, on August 13 Prime Minister Narendra Modi launched a ‘Transparent Taxation:  Honouring The Honest’ platform via video-conferencing. The main aim of this reform was best captured in the following statement by Modi, “Honest taxpayers play a crucial role in national development. When the life of an honest taxpayer is simplified, he progresses, which leads to the progress of the nation too.”

The resources garnered by collecting cess from the people, who regularly pay their taxes, are the bedrock of any country’s development. This is more so for India where the Government pledges to fund various development schemes/projects and welfare programmes even while maintaining fiscal discipline. It is, therefore, imperative that the honest taxpayer faces a hassle-free process at all stages viz. filing returns, assessment, appeal, refund (if any), scrutiny and so on. If, s/he is assured of this, s/he will have the incentive to share more and more from her/his increasing income as tax, which in turn, helps in the nation’s progress.

In sync with this overarching philosophy, and in particular, making tax-paying “painless”, “faceless” and “seamless”, the platform stands on three main pillars. The first is faceless assessment; second is faceless appeal and third is the taxpayers’ charter. While, the first and third took immediate effect, the second pillar will be enforced from September 25.

The idea behind faceless assessment is to ensure that the person paying tax does not know who the tax officer is and vice versa. The return is filed electronically and assessment is also done in e-mode (call it e-assessment). Faceless e-assessment eliminates territorial jurisdiction and substitutes individual discretion with team-based assessment. The aim is to bring transparency and objectivity to the process. There could not be a more potent way of eliminating corruption that has been the hallmark of the taxman, the assessee’s interface for decades.

If, assessment of Income-Tax (I-T) Returns (ITR) is faceless, logically the appeal against the assessment order passed by the tax officer has to be faceless, too. Faceless appeals would involve random allotment of cases — all system-generated. With electronic replies, nil physical interface with authorities and instant solutions, there could not be a better way of tackling I-T-related disputes and reducing resolution time. As in case of e-assessment, the appellant won’t know which tax officer will be passing an order on his appeal and vice versa.

According to the Central Board of Direct Taxes (CBDT), all orders will be passed by the National E-assessment Centre (NeAC) through the faceless assessment scheme only, barring those assigned to central and international charges. Nearly half the strength, i.e. 3,500 assessing officers, have been moved to the faceless assessment function and the remaining won’t be needed, henceforth. This massive restructuring of the institution of taxation is a reflection of the Modi Government’s commitment to go full steam ahead in implementing this unprecedented reform, which will be the harbinger of a “hassle-free” and “corruption-free” regime.

However, there are some grey areas, particularly with regard to reassessment, investigation, Tax Deduction at Source (TDS) and so on. Reassessment involves the re-opening of an already completed assessment and re-evaluating the total income of the taxpayer by including the income which has earlier escaped assessment. Currently, 30-40 per cent are reassessment cases only and those will be in jeopardy as in respect of these, surveys won’t be allowed. The power to conduct regular surveys has been limited to only investigation or TDS units. This leads to collateral damage as it will deny the I-T Department extra tax on the portion of income that had escaped earlier. During the last two-three years (this is post-demonetisation), tax officers have found incriminating evidence against certain assessees during preventive surveys carried out by them. They are waiting for the returns to be filed to check for income mismatch. Now, with assessments to be done only through the faceless assessment mechanism, such “undisclosed” income (a good slice of this could be black money) may never get picked up.

While, making life easier for the honest taxpayer in the normal course, the new dispensation may not augur well for complex cases that require better understanding with the taxpayer or where there are issues arising from a differing interpretations of the law. The Government needs to debate whether these could be sorted out through e-communications alone or need to be supplemented with a physical interface (with a provision for video recording to guard against any dubious dealings).

The Government deserves credit for making the process of filing returns “painless.” Apart from e-filing, which by itself makes the process hassle-free, the move to introduce a pre-filled ITR form (downloaded from the e-filing account of individuals) with details of salary, house property income, capital gains from securities, bank interests, dividends, tax deductions and even computation of the tax liability is a great relief for the “honest” taxpayer. The reduced dependency of individuals and small taxpayers on experts and consultants to assist in completing the ITR form is an added bonus. However, a dishonest person or someone who wants to evade, has reason to worry.

As regards the taxpayers’ charter, announced by the Finance Minister, Nirmala Sitharaman in the Budget for 2020-21, “Any tax system requires trust between taxpayers and the administration. This will be possible only when the taxpayers’ rights are clearly enumerated. Towards this end, and with the objective of enhancing the efficiency of the delivery system of the I-T Department, I propose to amend the provisions of the Income-Tax Act to mandate the CBDT to adopt a Taxpayers’ Charter.”

Modi reiterated this when he said, “The taxpayer will now be trusted, not looked at with doubt. The tax department will have to carry out the steps and processes in a time-bound manner.”

A computer-generated Documentation Identification Number (DIN), to be launched from October 1, will be mandatory for every type of communication with the I-T Department, be it a notice, a letter, an order and summon, or any other correspondence; without it, the document and communication will be deemed invalid. This will result in better services to taxpayers without any possible harassment. It will empower them.

On the issue of making tax reforms “seamless”, as promised by Modi, there exist too many voids in the area of both direct and indirect taxation. In corporate tax law, there are a plethora of exemptions and incentives. This makes the law cumbersome to a point whereby it makes any prospective investor wary. These also create room for bureaucratic discretion, giving rise to nepotism and corruption and hamper the ease of doing business.

On September 20, 2019, Sitharaman handed out a steep reduction in the tax for new entities in the manufacturing sector from 25 per cent to 15 per cent, which comes with no exemptions and deductions. For existing companies, the tax rate went down from 30 per cent to 22 per cent but without exemptions and deductions. However, a firm can continue with existing 30 per cent regime with exemptions et al. Indeed, there are many who are continuing because their effective tax incidence is much lower than if they were to shift to 22 per cent sans exemptions et al. Freedom from the present cumbersome regime won’t come merely by stipulating that “companies have the option to choose.”

In personal taxation law, in the budget for 2020-21, Sitharaman offered lower tax rates to people earning less than `15,00,000 per annum but are willing to forego exemptions et al. This may have helped some (especially those who don’t have the money to invest to avail of exemptions) to reduce tax outgo. But exemptions and deductions remain deeply entrenched.

In indirect tax, too, the Goods and Services Tax (GST) is far from being a simple tax as there are too many tax slabs, several items such as crude oil, petrol, diesel and so on remaining out, a number of tax-paying categories depending on turnover threshold.

Modi has done all that is necessary to make life easier for the taxpayer. Now, it is for the latter — especially those who have not been paying taxes as currently only 1.5 crore in a population of 130 crore pay their dues — to reciprocate. As for the tax regime, the Government should scrap all exemptions/deductions; apply a uniform tax at the rate of 15 per cent on firms. For individuals, it should be at the rate of 7.5 per cent on income less than `10 lakh and at 15 per cent on income higher than this threshold. Under the GST, it should go for two slabs, say five per cent and 10 per cent and no exclusions.