Would love to do an investigative limited show: Alia on digital prospects

Would love to do an investigative limited show: Alia on digital prospects 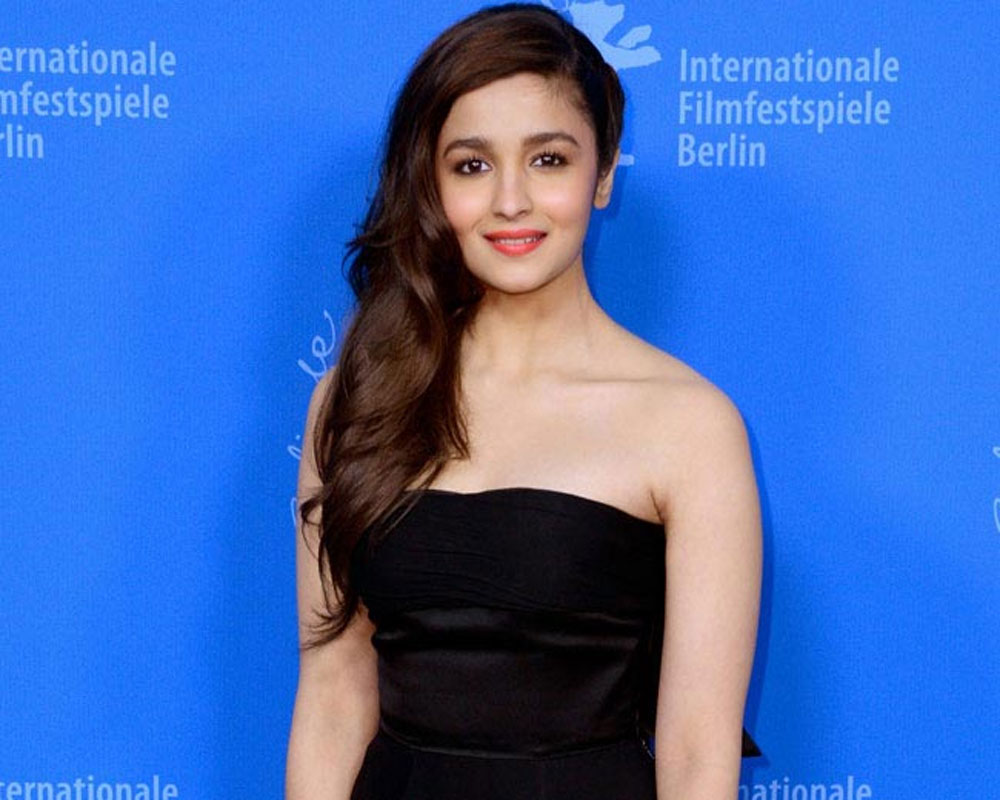 Bollywood star Alia Bhatt on Monday said if an opportunity comes her way, she would like to foray into the digital medium with preferably an "investigative" limited show.

Citing the example of Sushmita Sen-starrer series "Aarya", the actor said the web has opened up a new avenue for artistes to showcase their talent.

"Actors not only in the West but over here also are working directly on the OTT. (Web) has created a huge opportunity for actors to showcase their talent.

"If I'm offered something that I connect with, I would love to do an investigative type limited TV show. It would be quite interesting," she said at a virtual press conference, moderated by her frequent co-star Varun Dhawan.

Alia's next "Sadak 2" is one of the films that is heading for a direct digital release on Disney+Hotstar VIP, skipping theatres in the wake of the uncertainty around the reopening of the cinema halls due to the ongoing coronavirus pandemic.

The film, which was scheduled for a July theatrical release, marks her first collaboration with father Mahesh Bhatt, who is returning to the director's chair after two decades.

"Sadak 2" is the sequel to the filmmaker's 1991 film, which also stars original leads Mahesh Bhatt's elder daughter Pooja Bhatt and Sanjay Dutt, along with another new entrant Aditya Roy Kapur.

Working on the film was a homecoming in its true sense, Alia said.

"That the whole family is coming to make a film together. That emotion is of another level altogether... I always wanted to be picturised in a song from the Bhatt camp, which has been famous for its music," she added.

The original followed a taxi driver (Sanjay) trying to rescue the woman he loves (Pooja) from a brothel. It also featured Sadashiv Amrapurkar as the iconic villain Maharani, the brothel owner and actor Soni Razdan, Alia's mother.

According to the 27-year-old actor, the new movie is the re-creation of 1991 film of the same name.

"The story of Ravi (Sanjay) will move forward. He meets these two new people (Alia-Aditya). The film has different love stories and also has (an element of) thrill. The villain is someone very different and totally unexpected," Alia said.

She also unveiled the first poster of the film, produced by Vishesh Films and Fox Star Studios, which showed Mount Kailash at the end of a long road.

Reading out a message from her father, Alia said the sequel will take viewers on "the mother of all love pilgrimages".

"Mount Kailash, the ageless mountain, has the footprints of gods and sages. It is the abode of the god of all gods, Lord Shiva. So do we really need anything else or actors in that sacred space? Since the beginning of time humanity found its shelter in Kailash. This is a place where all search ends. 'Sadak 2' is the road to love," she said.

Asked how she was spending her quarantine time, Alia said she was taking guitar classes and doing meditation.

"Laxxmi Bomb", "Bhuj: The Pride of India", "Dil Bechara", "Big Bull", Lootcase", and "Khuda Haafiz" are other titles which will release on Disney+Hotstar between July and October.

Producer Mukesh Bhatt, Alia's uncle who has backed the film, told PTI on Sunday that "Sadak 2" will be heading for a digital release.

"I am compelled to come (on digital platform) because I don't see any light in the near future. This is the best I can do to survive. There are certain things that you do, not out of choice but out of compulsion. This is the only option left. It is a no-brainer," Mukesh Bhatt had said.