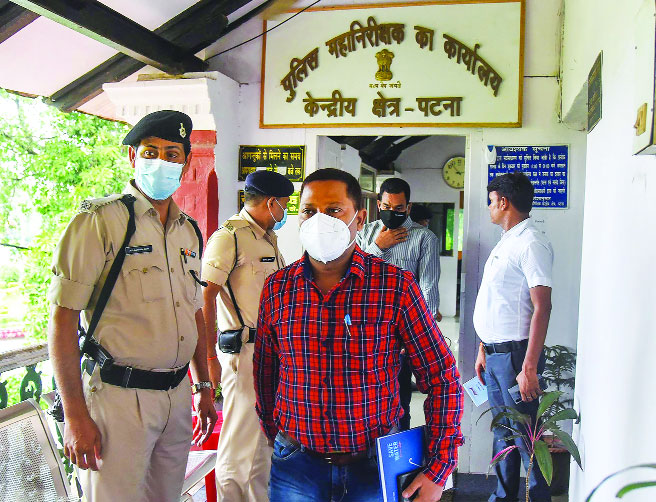 The CBI on Thursday registered a case in connection with the death of film star Sushant Singh Rajput and entrusted the probe to a Special Investigation Team (SIT). Rajput's girlfriend Rhea Chakraborty among others is an accused in the case.

Deputy Inspector General and IPS officer of Gujarat cadre Gagandeep Gambhir will supervise the probe into the sensational case that had led to a turf war between the Bihar Police and Mumbai Police over jurisdiction. Gambhir will report to Joint Director Manoj Sasidhar, officials said.

The move comes after the Bihar Government recommended a probe into the matter by the Central agency. "CBI has today registered a case related to the death of Rajput on the request of Bihar Government and further notification from the Centre and taken over the investigation of the case, earlier registered at police station Rajiv Nagar, Patna vide FIR no.241/2020 dated 25-7-2020," the CBI said in a statement. The CBI further said the case was registered against six accused and others and investigation is underway. "We are also in touch with Bihar Police," a CBI spokesperson said.

Taking cognisance of the Bihar Police FIR in this connection, the Enforcement Directorate has already launched a probe to investigate the money laundering angle in the case. Besides Bollywood actress Rhea Chakraborty, her relatives Indrajit Chakraborty, Sandhya Chakraborty and Showik Chakraborty also her associate Samuel Miranda and Shruti Modi and others have been named as accused in the case.

The CBI said it is also in touch with Bihar Police.

The CBI FIR also includes a six-page complaint of Rajput's father Krishna Kumar Singh (74) on the basis of which the Patna police had filed the original case in the abetment to suicide case of the deceased actor.

Apart from other things, Rajput's father alleged in the complaint that instead of unraveling the crime the Mumbai Police was busy questioning less relevant people instead of grilling the prime accused despite a lapse of 40 days.

Apart from the IPC Sections clamped in the FIR, Singh had also sought probe under the Mental Health Care Act.