NCB has no inputs on drug nexus in Bollywood: Centre

NCB has no inputs on drug nexus in Bollywood: Centre 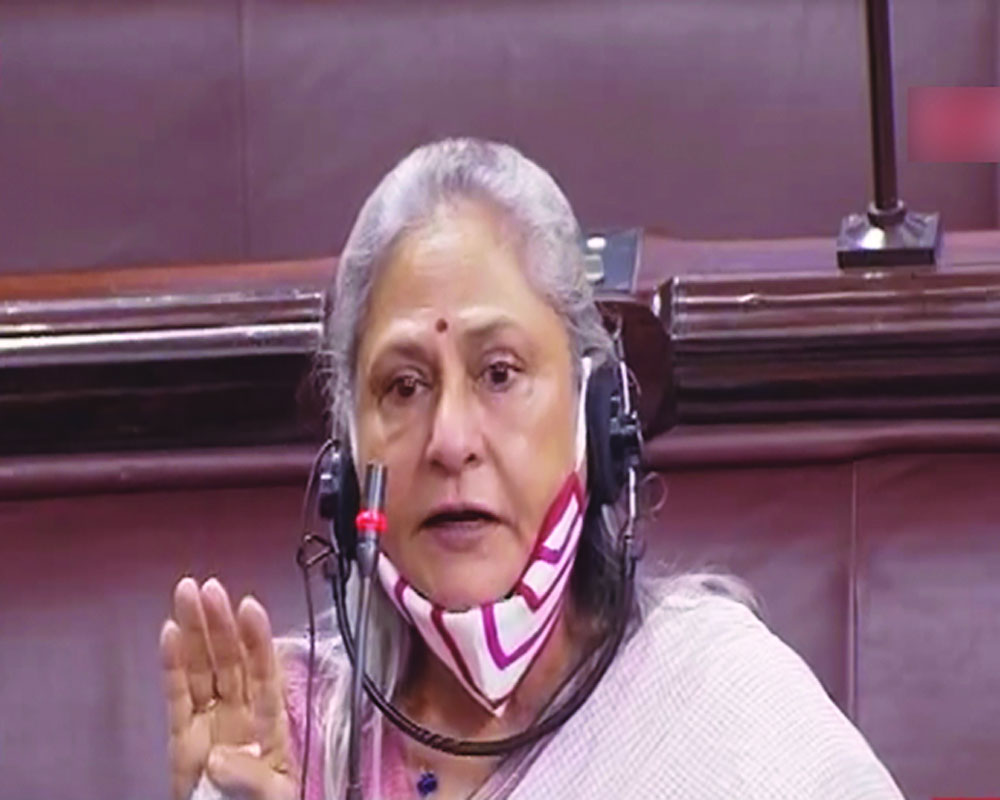 The Government on Tuesday said no actionable inputs were received by the Narcotics Control Bureau (NCB) revealing the alleged nexus between people in the film industry and drug traffickers.

This after veteran actress and Parliamentarian Jaya Bachchan alleged that a vicious attempt was underway to defame the film industry by linking it to drug abuse.

Replying to a written question in the Lok Sabha, Union Minister of State for Home G Kishan Reddy said the NCB carries out searches, seizures, arrests and investigations continuously throughout the year on the actionable inputs developed on its own or received from other sources.

“During the period of Covid-19 lockdown, no such actionable inputs were received by the NCB revealing the nexus between people in the film industry and drug traffickers,” he said.

Speaking in the Rajya Sabha, Jaya rebutted BJP MP and film actor Ravi Kishan’s comments in the Lok Sabha about drug addiction in Bollywood. Jaya said the film industry was being “flogged by social media and the Government’s non-support”.

“Just because of a few people, you cannot tarnish the whole industry... I was really embarrassed and ashamed that yesterday one of our members in the Lok Sabha, who is from the industry, spoke against the film industry. Jis thaali me khaate hain, usi me chhed karte hain,” Jaya said.

Ravi Kishan, a popular actor of Bhojpuri and Hindi films, raised in Parliament the drug-related allegations that have emerged against the film industry in the Sushant Singh Rajput investigations. He alleged a “conspiracy” by Pakistan and China to destroy the country’s younger citizens.

Jaya further said such statements were meant to divert attention from the state of the economy and unemployment in the country.

“The entertainment industry in our country provides direct employment every day to five lakh people and indirect employment to five million people. At a time when the financial situation is in a depressing state and employment is at the worst level, in order to divert the attention of the people, we are being used to be flogged by social media and the Government’s non-support. But people who have made their name in this film industry have called it a gutter. I completely disagree,” the SP MP said.

Reacting to Jaya’s scathing criticism, Ravi Kishan said, “I expected Jaya to support what I said. Not everyone in the industry consumes drugs but those who do are part of a plan to finish the world’s largest film industry. When Jaya and I joined, the situation was not like this, but now, we need to protect the industry.

Actress Kangana soon jumped in, questioning Jaya’s statements. She asked if Jaya would react in the same manner if her daughter or son were affected.

Coming out in support of Jaya, actress Sonam Kapoor said she wants to be like the veteran actress when she grow up while producer director Anubhav Sinha termed the three-time Rajya Sabha member from the Samajwadi Party as a person with spine.

“I send my best regards to Jaya. Those who don’t know, please see this is how the spinal cord looks,” Anubhav tweeted.

Bollywood actress Taapsee Pannu tweeted, “For we have always stood by the initiatives, causes and awareness campaigns. It’s time for payback. Hitting the nail on its head and how! yet again a woman from the industry spoke up #Respect.”

“Respect. She has always stood up to be counted when it mattered. #JayaBachchan,” tweeted actor-filmmaker Farhan Akhtar.

“I stand with Jaya as Kangana put it Bollywood is a Gutter so Jaya said Jis thali mein khate hai ussi mein ched nahi karte And those who hv made a name here don’t spoil the name of Bollywood, as for drugs they made fleeting comments if they know names name them,” tweeted actress-politician Nagma.

Actor-producer Nikhil Dwivedi too took to social media and said Jaya is right.

“A false narrative tht a certain malaise infects the entire #FilmIndustry is being created by few to look gud in these times. A percentage of people in any field including politics &journalism indulge in thngs illegal or immoral. Call thm out specifically and not ALL,” tweeted Dwivedi.

“Jaya aap puri industry ki aawaz hain... aapko pranam (Jaya, you are the voice of the film industry, my respect to you),” tweeted director Anil Sharma.