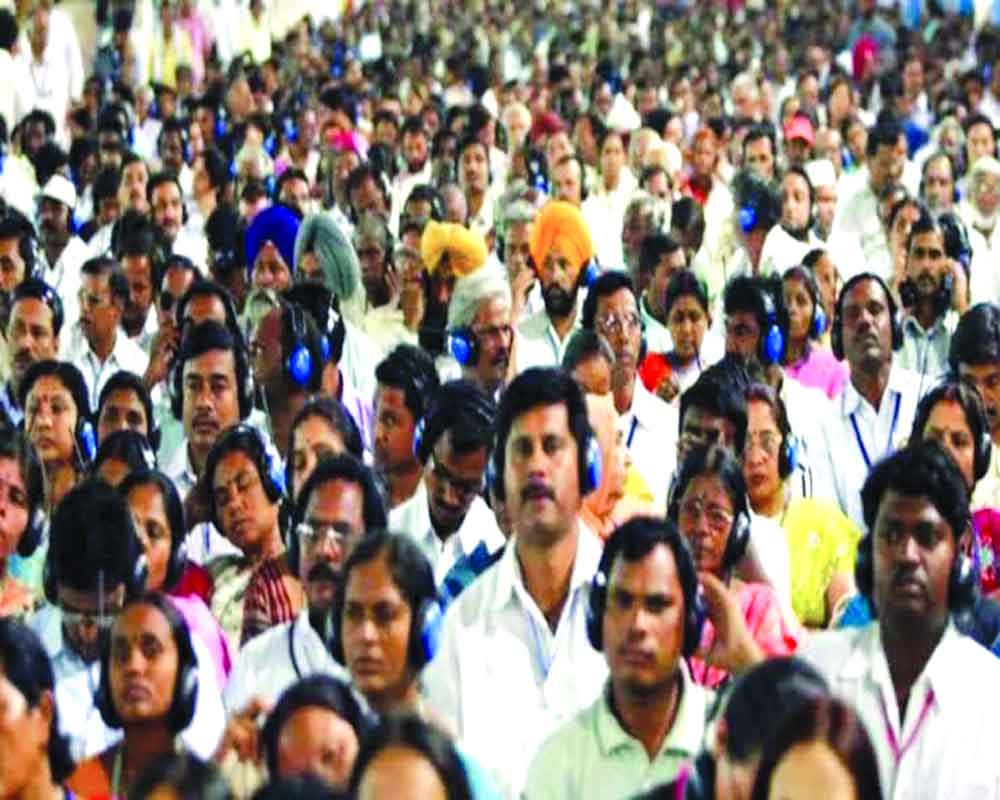 States’ concerns unwarranted, one can skip some of questions: Centre

The Centre on Friday clarified to the States opposing the National Population Register (NPR) exercise that their concerns about the nature of questions in the NPR format was unwarranted, saying it was not mandatory to answer some newly-introduced questions. No official from the West Bengal Government attended the meeting, an official said.

Congress-ruled Rajasthan and some other Opposition-ruled States raised these concerns at a day-long conference convened by the Union Home Ministry to discuss the modalities to be adopted during the House listing phase of the Census 2021 and the NPR to be carried out from April 1 to September 30.

Rajasthan Chief Secretary DB Gupta said he and the representatives of a few other States raised objections to a few questions to be asked by enumerators to people during the NPR exercise. “We said certain questions in NPR are impractical, like questions related to the birthplace of parents. There are many people in the country who even don’t know what was their birthplace. I don’t know what is the purpose of such questions and we demanded in the meeting to remove such questions,” Gupta told reporters after the meeting.

He said the Central Government officials told them that answers to all such questions are not mandatory but voluntary and no one is going to force anyone to reply any question. “They said such questions were asked earlier also and this time they have just linked with an individual’s place of birth with his or her parent’s place of birth. But they said answer to this question is not mandatory,” he said.

During the meeting, presentations were given on the objectives of the census and the NPR exercises and their benefits. Also, presentation was given on the use of mobile app, which will be used in the census for the first time in its history. The conference was inaugurated by Union Minister of State for Home Nityanand Rai and attended by Union Home Secretary Ajay Bhalla, chief secretaries and census directors of many States.

In his inaugural address, Rai put the emphasis on the need for conducting Census 2021 and the role of the States in doing the same. He said the data collected in the census will help the country in framing policies for the welfare of the people.

The Union Home Secretary remarked on the vastness of this exercise and involvement of the State functionaries. He said the objective of NPR is to create a comprehensive identity database of every usual resident in the country. The database would contain demographic as well as biometric particulars.

The NPR is a register of usual residents of the country. It is being prepared at the local (village/sub-town), subdistrict, district, State and national levels under provisions of the Citizenship Act, 1955 and the Citizenship (Registration of Citizens and Issue of National Identity Cards) Rules, 2003. The rules have a provision for fine of up to Rs 1,000 on those violating it.

The data for NPR was last collected in 2010 along with the house listing phase of the Census 2011. Updating of this data was done during 2015 by conducting door to door survey.     While updating the register in 2015, the Government has asked details like Aadhaar and their mobile number.

This time, the information related to their driving licence and voter ID card may also be gathered, the officials said, adding that PAN card details will not be collected as part of this exercise. For the purposes of the NPR, a usual resident is defined as a person who has resided in a local area for the past six months or more, or a person who intends to reside in that area for the next six months. Registrar General and Census Commissioner of India Vivek Joshi made a brief presentation on the Strategy for Census 2021.